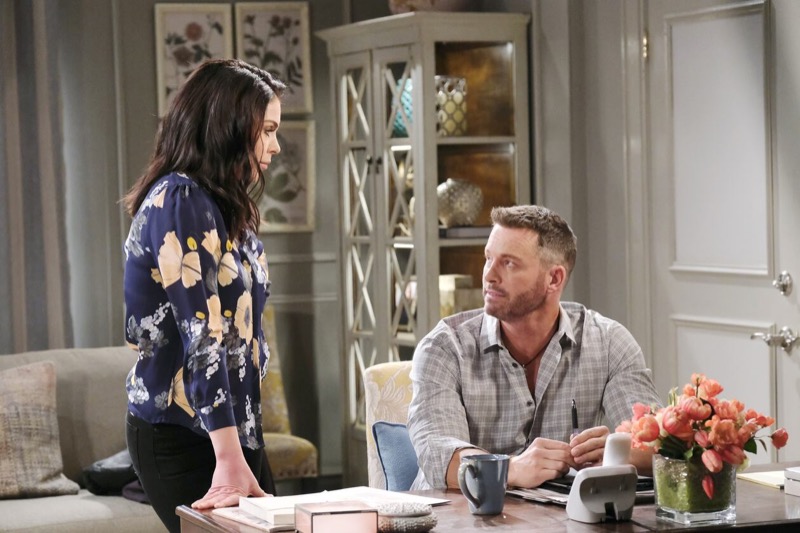 Days of Our Lives (DOOL) spoilers reveal that Brady Black (Eric Martsolf) and Chloe Lane (Nadia Bjorlin) will get closer. This certainly won’t make Kristen DiMera (Stacy Haiduk) happy and she could react violently now that she’s traded places with Susan Banks (also played by Haiduk). Martsolf teased that Brady may have ulterior motives when it comes to Chloe, but what exactly?

DOOL spoilers reveal that Philip kissed Chloe and hoped they could rekindle their romance. Not only did she turn him down, but Philip could sense she had feelings for someone else. Although Chloe denied it, Philip called her out accurately. He said that Chloe was developing feelings for her ex-husband. It seems the more time that Brady and Chloe spend together, the stronger those feelings will get.

Even though Brady is in a committed relationship with Kristen, she isn’t exactly around right now. She is serving a five-year prison sentence for stabbing Victor Kiriakis (John Aniston). She might even serve longer once they add her escape, taking a hostage, stealing a guards gun, and threatening Chloe. Now she is going to escape again, except nobody will realize that she’s gone. This is because Susan will take her place. However, that will only work for so long. 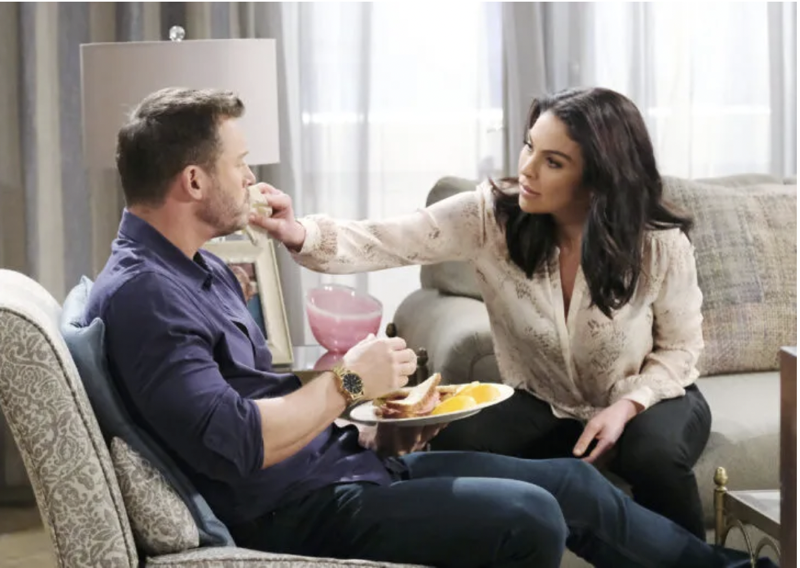 Brady loves the mother of his child even though she is highly unstable. At the same time, he can’t help but develop feelings for someone who is listening to him and helping him heal following his near-death experience. This will lead him to have conflicting feelings and they will get more difficult to fight. We all know Brady is an addict. Not only to substances and alcohol, but he’s addicted to women as well.

Days of Our Lives spoilers reveal that Chloe confides in Brady about Philip’s kiss. He doesn’t like it one bit. Even though he has his reasons for not warning Philip and Chloe together, there is something more beneath the surface. In fact, Martsolf told Soap Opera Digest that Brady is definitely jealous. It sounds like his feelings are not just platonic anymore.

Martsolf also teased that Brady has ulterior motives for wanting to keep Philip and Chloe apart. The actor told the magazine, “… there may be some underlying jealousy there. He just doesn’t think Philip is good for her. He never has and he never will… Brady probably has pretty good reasons to want her away from Philip at this point. Does he have ulterior motives? Probably.”

As for the possibility of a “Broe” romance, Martsolf is excited about it. After playing Brady for 12 years and watching him have all these disastrous relationships, his first love is standing right there just waiting for a chance. But will Brady and Chloe have the chance or will Kristen end up taking control… and a life?