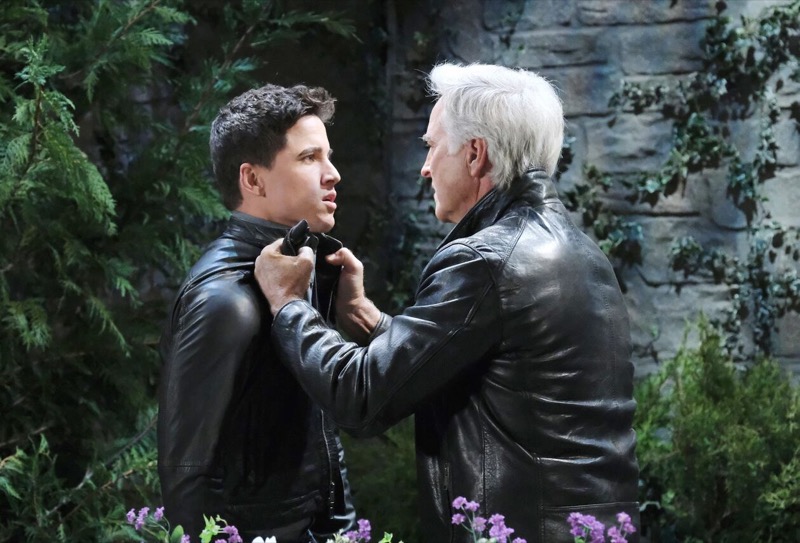 Days of Our Lives (DOOL) spoilers reveal that Charlie Dale (Mike Manning) is going to face the barrel of a gun this week. So many suspects, but the first person who looks guilty is John Black (Drake Hogestyn). In a promo photo, John grabs Charlie by the collar of his jacket. It’s about time that Charlie’s smug smile is wiped off his face, but that doesn’t mean John’s guilty of murder.

DOOL spoilers reveal that Charlie has been strutting around Salem with a smug smile on his face. He really thinks that he is getting away with everything that he has done. He made his mother sound crazy by drugging her. So, it seems that no charges are being filed against Charlie for assaulting and kidnapping Ava Vitali (Tamara Braun). He claimed to be innocent of raping Allie Horton (Lindsay Arnold) and that the sex was consensual. As for letting Tripp Dalton (Lucas Adams) taking the fall for the crime, it seems Charlie gets away with that too.

Days Of our Lives Spoilers: John Black Gets Physical

However, Charlie’s smug smile gets wiped off his face and for the first time, he looks absolutely petrified. In a promo photo published in the latest issue of Soap Opera Digest, John is angrily threatening Charlie. He is holding the rapist by the collar of his leather jacket. He actually looks like his feet might not be touching the ground. 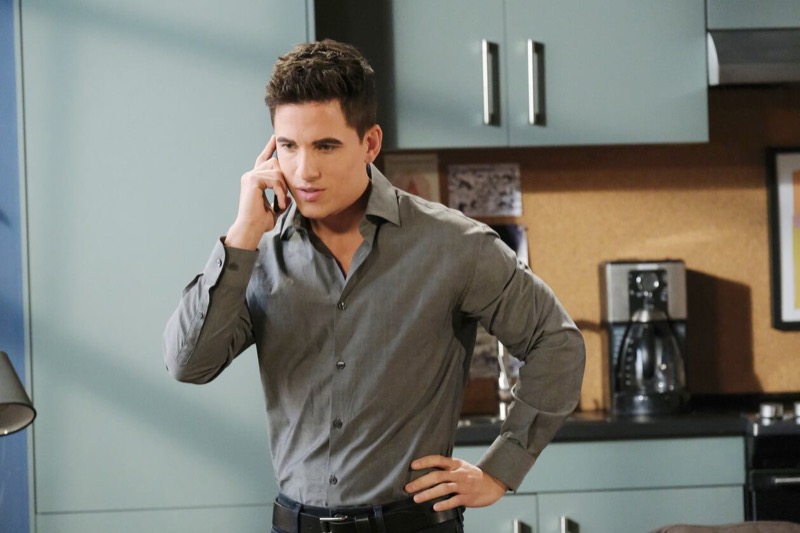 Facing The Barrel Of A Gun

Days of Our Lives spoilers reveal that in the weekly promo clip, someone knocks on Charlie’s door. When he opens it, he finds himself facing the barrel of a gun. We don’t see the person who is pointing the weapon. We can’t even tell if the hand belongs to a male or female. All that is seen is the firearm and Charlie knows his time is up.

Days Of Our Lives Spoilers: Killer Not That Obvious

It is teased that Charlie ends up dead and within the first week of investigating, Allie confesses and Rafe Hernandez (Galen Gering) makes an arrest. However, head writer Ron Carlivati previously stated that the real killer won’t be obvious at the start of the whodunit. So, it is likely not John, Allie, or even Claire Brady (Isabel Durant). It is most likely the person that people least suspect.

Gwen Rizczech (Emily O’Brien) seems to be spending a lot of time chatting with Charlie. She doesn’t waste time with things like that unless they are part of one of her schemes. We don’t think she’s interested in working with Charlie, though. She referred to Allie as “that poor girl” and mentioned rape is traumatizing. It sounds like she might have a history with that. If so, Gwen might be the one to kill Charlie. But if this turns out to be true, it is enough to redeem her? To find out how this story ends, we will have to keep watching the NBC soap opera.