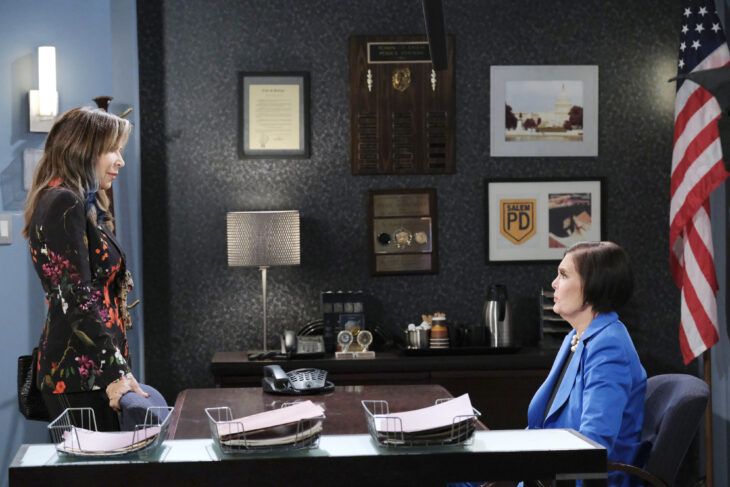 DOOL spoilers reveal that Eli and Lani might be locked in a bedroom, but they manage to get free and take down their captors. It gets pretty terrifying, especially when Vivian pulls out a gun and refuses to give back the babies. By the time Ivan confesses the truth to Vivian, she is already bonded to the newborns. She isn’t going to give up the babies that she now considers to be her children. However, Eli and Lani end up getting the upper hand and put Ivan and Vivian in handcuffs.

According to the new issue of Soap Opera Digest, Eli and Lani drag Ivan and Vivian from Chicago to Salem. Once they arrive at the police station, Vivian starts to act like she’s lost her mind. That is when Kate and Jake DiMera (Brandon Barash) show up after hearing that Vivian’s alive. 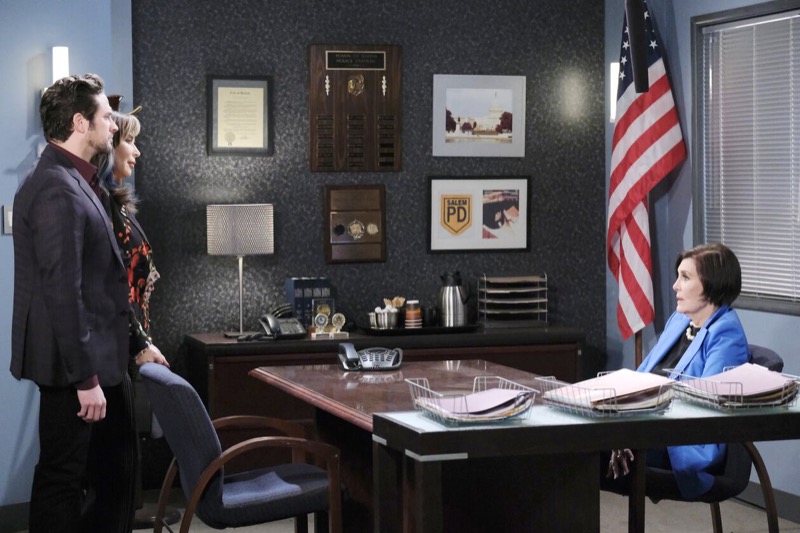 Days of Our Lives spoilers reveal that Kate doesn’t buy the claim that Vivian is having a mental breakdown. She thinks it’s just another scheme and plans on proving it. So, she grabs Jake and they go in to see Vivian. That is when Kate comes up with a “steamy” plan that is guaranteed to bring Vivian out of any “psychosis” and prove she is just fine mentally. As mentally stable as one can expect Vivian to be, anyway.

Actress Linda Dano, who is just filling in for Louise Sorel, told the publication, “When Kate does this whole thing about how they’re [Kate and Jake] are having an affair and starts rubbing his chest, Vivian goes ballistic and loses control. Even though she tried to play that she’s completely insane, they know it’s an act.” 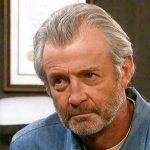 The question is what happens to Days Of Our Lives Ivan and Vivian now? Everyone knows the truth that she is really alive. So, there just won’t be kidnapping and hostage charges, but Vivian will have to face her past. Will Ivan and Vivian go to prison? Plus, will we get answers as to what Ivan’s true motives were for kidnapping the “Elani” twins to begin with? We don’t believe for one second it was just to bring “Madame” out of her depression. There was a much more sinister reason for him acting without Vivian’s approval. We will have to watch the NBC soap opera to see how this story develops.

Days of Our Lives (DOOL) Spoilers: Brady Calls Kristen And Reads Her The Riot Act For Threatening Chloe