Who Plays Susan Banks On Days Of Our Lives (DOOL)? 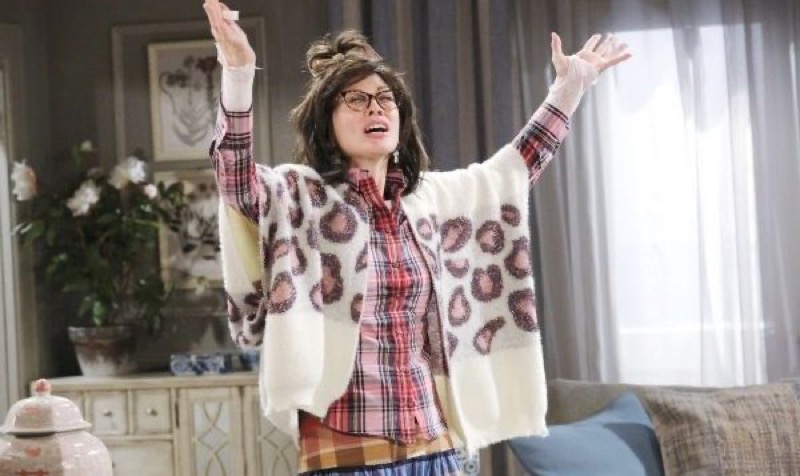 Days of our Lives (DOOL) spoilers divulge that an eccentric Salem character has made another startling appearance in Salem and this has got fans wondering who plays Susan Banks? Stacy Haiduk is the actress behind the force of nature known as Susan and she is also playing the role of Kristen DiMera.

Haiduk returned to Days Of Our Lives in 2019 and is on contract—maybe TPTB are intent on getting their money’s worth by having her do double duty?

Haiduk also appeared on the ABC soap opera All My Children as Hannah Nichols and she has appeared on the CBS soap The Young and the Restless as Patty Williams and as Emily Peterson.

Is it any coincidence that Susan and Kristen are lookalikes once the hair and makeup (not to mention teeth) are adjusted?

Eileen Davidson debuted the character in 1996 when she was also playing the role of Kristen DiMera. Susan is mom to Elvis “EJ” DiMera.

In the past she has impersonated Kristen and she could be about to do it again. 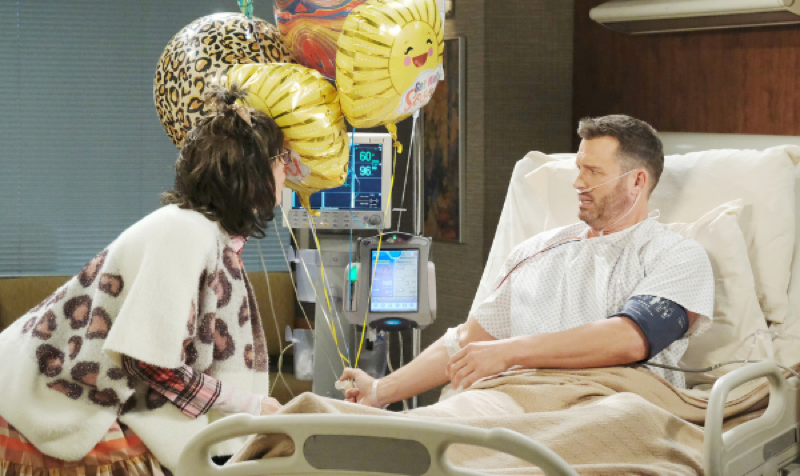 Why is Susan back in town? Apparently she had a vision that Brady Black (Eric Martsolf) could be a shooting victim. She showed up at Marlena Evans’ (Deidre Hall) door to warn her but was informed that while her vision was spot on, her timing is off.

Poor Days Of Our Lives Brady is in the hospital after being shot by an unknown assailant. He was a victim of mistaken identity so Susan has a gift and it might be put to good use if she helps to save Ciara Brady (Victoria Konefal) who is being held by a craven, overly educated, cowboy. She is in the midst of helping Ben Weston (Robert Scott Wilson) who is convinced that Ciara is alive and having psychic Susan confirm this news just made his day.

Days of our Lives spoilers: What Happens Next in Salem?

But Susan might be put to good use in another way. Kristen is going nuts about Brady and also worried about Chloe Lane (Nadia Bjorlin) getting her hooks into him. Is it possible that Susan and Kristen switch places and trade identities? It makes perfect sense.

Of course, we’re not sure that Susan anticipated this eventually before she came to Salem which would call into question the extent of her psychic ability. But that would just be mean, mean, mean!

This Is Us Spoilers: Justin Hartley Talks ‘Unpredictable’ End Of Series, Fans Will Have ‘A Full Heart’