Days Of Our Lives Spoilers: Philip And Xander Both Quit, Victor Severs One Relationship Forever 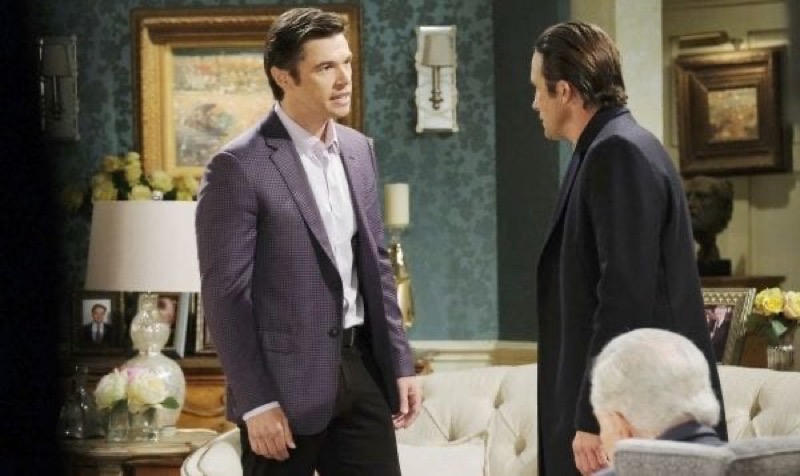 Days of Our Lives spoilers reveal that Victor Kiriakis (John Aniston) makes a decision. However, Philip Kiriakis (Jay Kenneth Johnson) beats him to it by handing in his letter of resignation. Before Victor can react, Xander Kiriakis (Paul Telfer) explodes and blurts out that he’s done with Titan. It will force Victor to choose between them, but there is no going back after this.

DOOL spoilers reveal that Xander told Victor about Philip working with the mob and using Titan to launder money. Just then, Philip walked in and news about Brady Black’s (Eric Martsolf) shooting reached the Kiriakis mansion. Victor reprimanded both Philip and Victor, but he’s spinning his wheels trying to figure out an action plan. It is teased that he will come to a decision on what to do about the CEO position.

It is stated that VIctor might not get a chance to announce his decision. Philip hands his father an official letter of resignation. Victor will likely accept it, but is proud that Philip did the right thing on his own instead of waiting to be fired. He will simply hand the reins to Xander, but it turns out that plan doesn’t quite work out either. 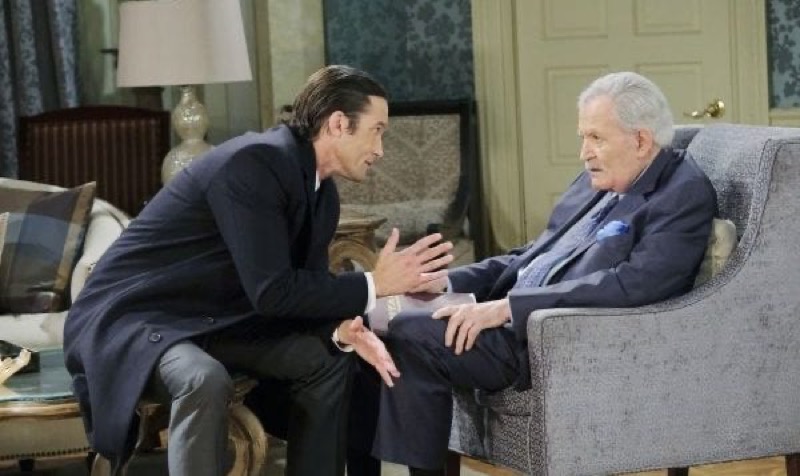 Days of Our Lives spoilers reveal that Xander has no idea that Philip has resigned from the CEO position. Assuming that Victor has given his son a free pass, Xander explodes. During his dramatic meltdown, he blurts out that he isn’t playing Victor’s games anymore and quits. Of course, Xander always has knee-jerk reactions and extreme meltdowns. He tends to act first and then regret opening his mouth without thinking.

It is suggested that Victor will be stunned that in one week he lost both Philip and Xander as CEOs. Even though he was going to give the position to Xander because Philip can’t be rewarded for his deceptive actions, he’ll have a change of heart. Xander’s explosion doesn’t just announce him leaving Titan. He likely also says a lot of other things that he probably should have kept to himself. Furious over Xander’s true feelings coming out, Victor tries to come up with an action plan. 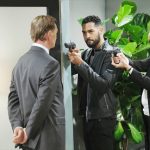 Brady is with Basic Black and committed to not abandoning Nicole Walker Brady (Arianne Zucker) in business again. Plus, he is recovering from a serious gunshot wound, so he’s not available. Sonny Kiriakis (Freddie Smith) is doing work he’s really passionate about in Arizona. There really isn’t another choice right now except to either forgive Xander or give Philip the sole CEO position. It is teased that in two weeks, Victor will give his son good news, which we imagine is putting him in charge of Titan.

Days Of Our Lives Spoilers: Gabi Blows Up Nicole’s Life, Plots To ‘Save’ Rafe From The Wrong Woman