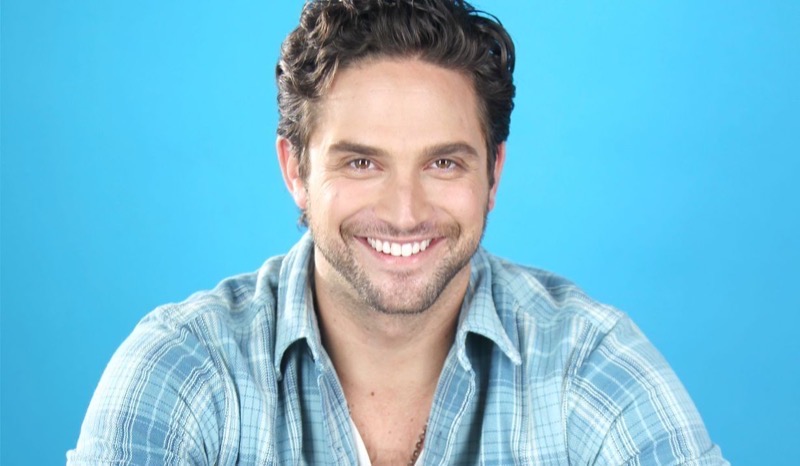 Days of our Lives (DOOL) spoilers reveal that Brandon Barash, who plays Jake Lambert on the Salem-based NBC sudser, has a wicked fun sense of humor. He just got in on the fun everyone is having with the viral pic of Bernie Sanders at the recent Presidential Inauguration and he managed to squeeze his daughter in on the laughs, too.

Brandon Barash Has a Fun Sense of Humor

Brandon posted a pic to his Insta that appears to show him tailgating with his adorable daughter Harper, who is eating ice cream, and Bernie Sanders and his now infamous toasty winter gloves.

The caption was simple: “Eh, fuggit.”

His fans went wild over the hilarious post and left a ton of comments, emoji’s and memes to let him know they appreciated his humor.

Days of our Lives spoilers: Brandon Barash is a Daytime Super Star

One comment read, “He is so handsome his daughter is adorable and well what can we say about Bernie lol,” and another fan posted, “Well Bernie does manage to be everywhere. I see he found his way to you and your daughter.”

By the way Brandon is rocking a seriously handsome sweater that got a ton of comments as well. It goes well with Bernie’s mittens. 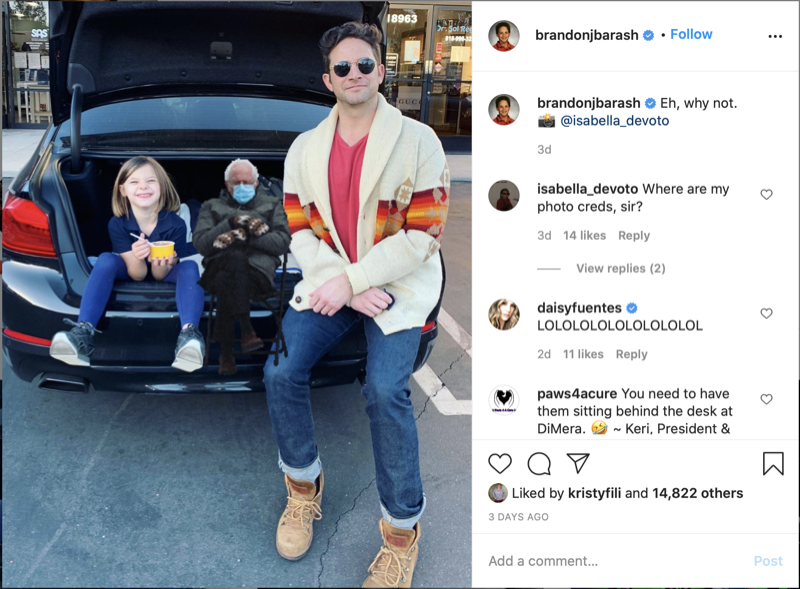 Days of our Lives spoilers: What Happens Next in Salem for Jake Lambert?

Right now Brandon’s character on DOOL isn’t having a ton of laughs. Jake Lambert is caught between two women and he’s getting in the way of the talons! He is currently involved with Kate Roberts (Lauren Koslow) but his boo Gabi Hernandez (Camila Banus) is back and determined to claim what’s hers.

It would seem like an enviable position to be in, but at heart Jake is a good guy and he seems pained at having to choose between two beautiful, lusty women who know how to make his day. 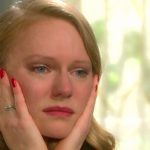 Jake has a difficult choice to make but who says he has to choose? Right now the handsome and eligible bachelor is in the catbird seat with two eager fans willing to fight for him.

Love After Lockup Spoilers: Kristianna Roth Pregnant And Out Of Prison, Is She Still With John?