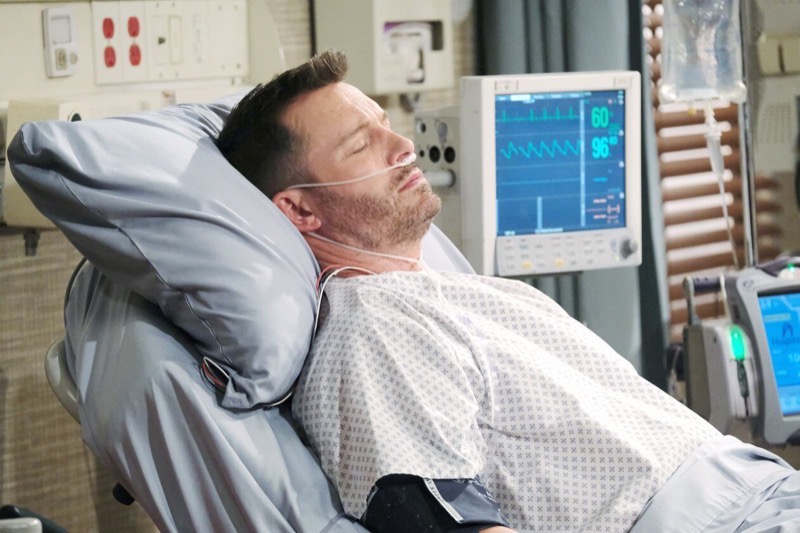 Days of Our Lives spoilers reveal that Brady Black (Eric Martsolf) tries to keep Kristen DiMera (Stacy Haiduk) calm. After her last emotional explosion for Brady’s New Year’s Eve kiss, he’s now keeping secrets from her. In order to keep her jealousy at bay, Brady lies about spending time with Chloe Lane (Nadia Bjorlin). As he lays bleeding on the ground, the lies come out.

DOOL spoilers reveal that “Bristen” can’t really spend holidays together because Brady is a free man while Kristen is serving a five-year prison sentence. For New Year’s Eve, Brady and Chloe rang in 2021 together . When the clock struck midnight, the former spouses shared a quick kiss. Even though it was platonic, a picture was published in the newspaper, which Kristen saw.

Not knowing the picture was published in the paper or that Kristen knew about the kiss, Brady came to visit. He brought photos of Eli Grant (Lamon Archey) and Lani Price Grant’s (Sal Stowers) twin babies. However, Kristen was so infuriated that she couldn’t even look at the baby pictures or ask how Lani was doing. Instead, she lashed out at Brady and fired off accusations. Brady tried to explain, but when Kristen flips out it is nearly impossible to calm her down.

Even after Kristen reeled herself back in, she appeared to be normal to Brady. But instead she was still seething over Brady and Chloe’s kiss. She planned on teaching the opera singer a lesson once she got out of prison.

Days of Our Lives spoilers from the new issue of Soap Opera Digest reveal that Brady met up with Chloe and Philip Kiriakis (Jay Kenneth Johnson) on the day of the shooting. Even though Brady and Chloe are close friends, he felt it was necessary to lie to Kristen. He told her that he wasn’t spending any time with Chloe and she wasn’t with him. Then, a gunshot rang out and that is when Brady collapsed to the ground, 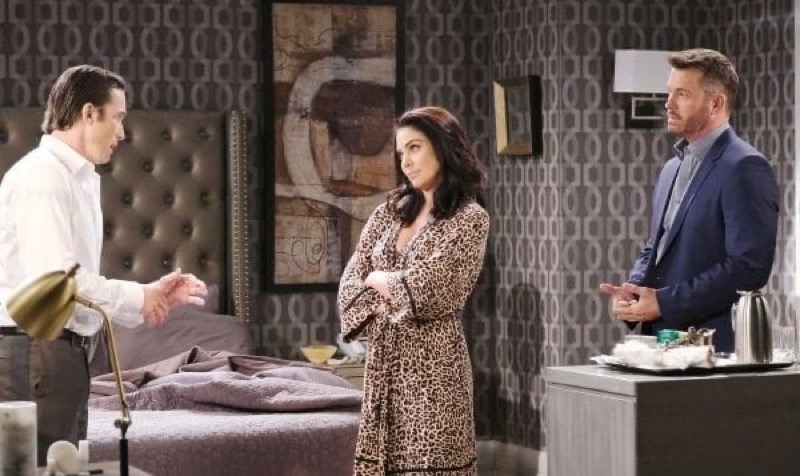 As Chloe rushes to Brady’s side and makes an emotional plea for him to stay strong and hang on, she looks over at Brady’s phone. He has been talking to Kristen when the shooting happened. Kristen already has to deal with knowing something happened, but not being able to see what it was. She will find out that Brady was shot and will blame Chloe. When Kristen is told that there was a shooting and Brady was struck in the stomach, she goes berserk. Plus, she wants to know why Chloe is with Brady. That is when the lies start unraveling.

One Life Saved While Another Ends

Kristen manages to escape prison and get a gun. She goes to the hospital and barricades herself in Brady’s hospital room, but they aren’t alone. Chloe just happens to be in there too, which means she is trapped with a madwoman. Kristen then points the gun right at Chloe’s head while Brady lays lifeless in a hospital bed. Kristen blames Chloe for getting Brady shot, something she already feels guilty about. 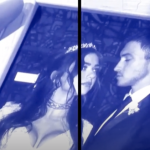 Will Chloe end up dying by Kristen’s hand? We don’t think so. Something or someone is going to come along and save the day. While Chloe will be thankful she’s still alive, Kristen’s life might ending. Once Brady learns about her drastic actions, he could leave her and take sole custody of their daughter. She could also spend many more years in prison for her crazy antics at the hospital. To find out what happens with these characters, we will have to keep watching the NBC soap.

It’s understandable why Brady felt it was easier and calmer to lie about being with Chloe. However, once you get to the point where you are keeping secrets from your partner, that’s usually a sign it’s time to say goodbye.

Be’ sure to catch up on everything happening with DOOL right now. Come back here often for Days of Our Lives spoilers, news, and updates.