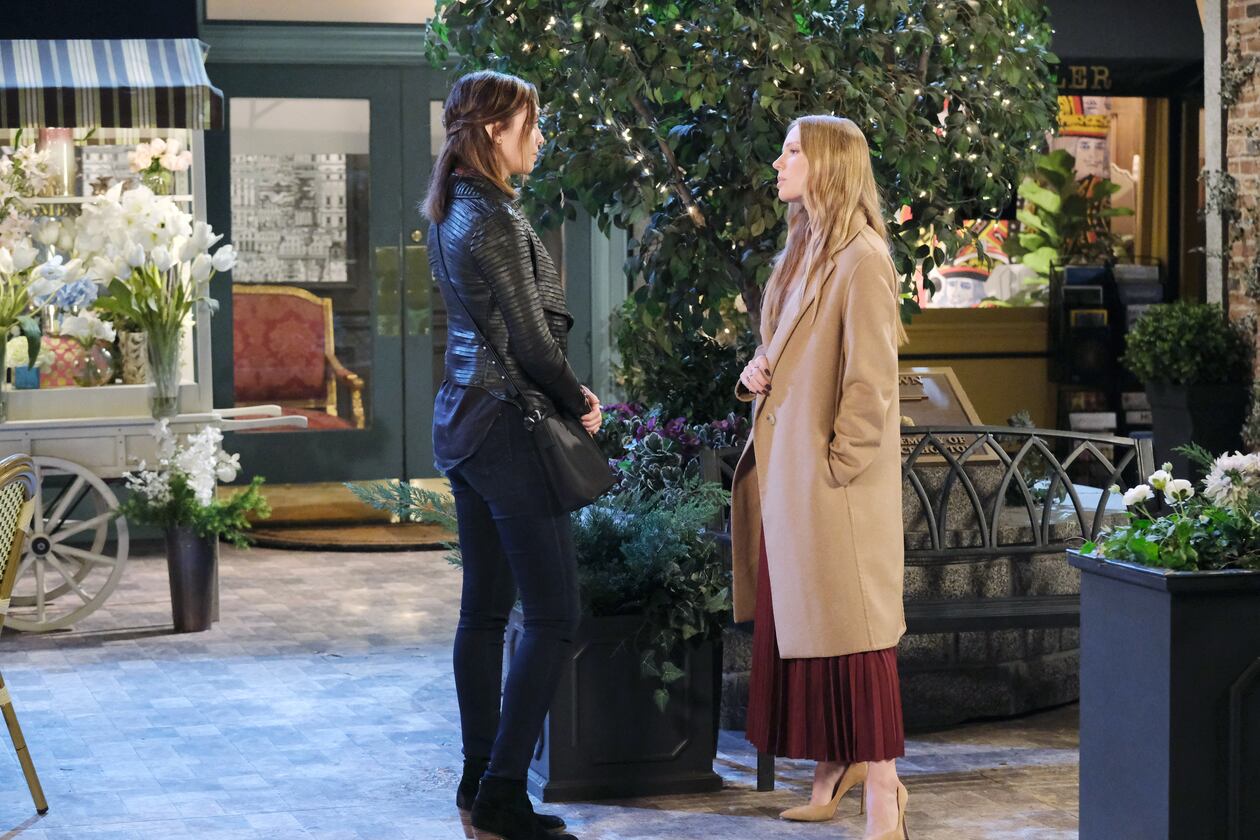 Days of Our Lives (DOOL) spoiler preview for the week of January 25-29 teases that some dangerous mob chaos is looming. Brady Black (Eric Martsolf) will become a mistaken identity victim since he’ll be confused for Philip Kiriakis (Jay Kenneth Johnson).

The vengeful Vitali family wants Philip six feet under, but it’s Brady who’ll take a bullet to the stomach and wind up fighting to survive.

Days Of Our Lives Spoiler Highlights

Kristen DiMera (Stacy Haiduk) will be on the phone with Brady when the shooting happens, so she’ll quickly grow puzzled and concerned. She’ll hear gunshots and then a commotion as Chloe Lane (Nadia Bjorlin) rushes to Brady’s side. Chloe will sob over Brady’s bleeding body as she insists he has to be OK.

After Chloe picks up Brady’s dropped phone, she’ll give Kristen some fast updates and call for an ambulance. As you can imagine, Kristen will be an emotional wreck. Once Brady’s hospitalized, Kristen will escape from Statesville with Tony DiMera (Thaao Penghlis) as her hostage.

#2 Chloe Lane Stares Down The Barrel Of A gun

Chloe will soon find herself staring down the barrel of vengeful Kristen’s stolen gun! Days spoilers say Kristen will blame Chloe for dragging Brady into this mess, so look for a scary showdown while Brady’s unconscious.

Next, Ben Weston (Robert Scott Wilson) will get some sign that tells him his hunch is correct – that Ciara Brady Weston (Victoria Konefal) is alive! Ben just won’t be able to shake this feeling, so he’ll confide in Claire Brady (Isabel Durant) and mull over what he should do about his strong instincts. 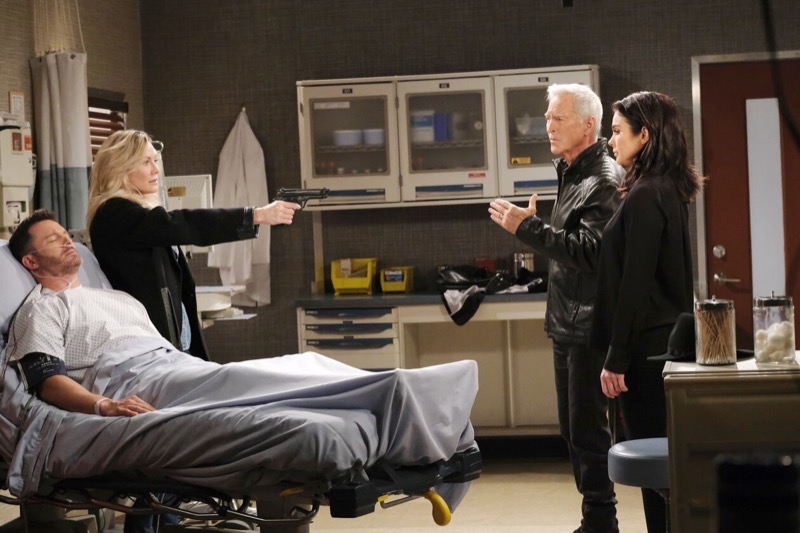 At an undisclosed location, Ciara will be trapped and desperate to get back to her loved ones in Salem. That especially includes Ciara’s husband since she’ll know Ben must be lost without her. Days of Our Lives spoilers say Ciara will bang on the glass door of the small room she’s stuck in. “Hello?! Let me out of here! Hello?!” Ciara shouts frantically in DOOL’s weekly promo.

While Ciara remains in a tight spot, Jake DiMera (Brandon Barash) will react to a stunning request. It turns out Gabi Hernandez DiMera (Camila Banus) will ask Jake to refrain from the PDA with Kate Roberts (Lauren Koslow).

“You want me to protect your feelings by not kissing my girlfriend in front of you?” Jake wonders in Days’ extended weekly preview video. “Yeah,” Gabi replies like it’s perfectly reasonable. To be fair, Jake and Kate are both living in Gabi’s home. Gabi could throw them both out on the street if she wanted, so the least Kate and Jake can do is dial down the kissing around her. 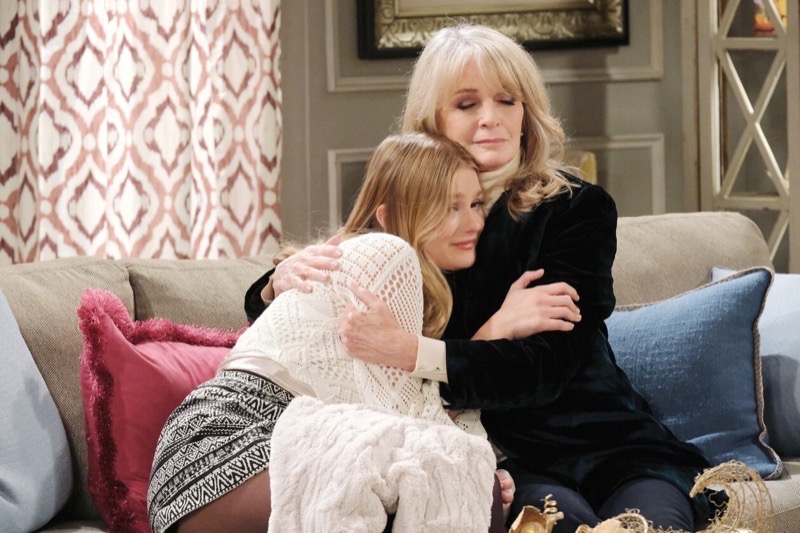 Other Days of Our Lives spoilers say Marlena Evans (Deidre Hall) will guide Allie Horton (Lindsay Arnold) through the hypnosis process. Marlena will softly ask Allie to focus on the sound of her voice, so Allie will close her eyes and do what she’s told.

With Marlena’s coaching, Allie will head back to London in her own mind. DOOL fans can expect Allie’s difficult memories to rise to the surface, so she’ll remember how Charlie Dale (Mike Manning) held her down in her flat. Allie will recall the assault and just how terrifying it was, so she’ll snap back to reality with more trauma than ever. 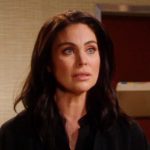 # 5 Abbigail DiMera Has A Run-In With Gwen Rizczech

Across town, Abigail DiMera (Marci Miller) will have some shocking news for Anna DiMera (Leann Hunley). Anna will reel once she finds out Gwen Rizczech (Emily O’Brien) is Abigail’s long-lost sister. They’ll both worry about what damage Gwen might try to inflict next.

Abigail will eventually have a run-in with Gwen in the town square – and that’s when Abigail will throw a fierce punch at Gwen’s face. It’ll be satisfying for Abigail and maybe even Gwen, too. Gwen should take this as a sign that she’s really riled Abigail up, so she’ll probably appreciate that despite getting decked.

Days spoilers say some jaw-dropping episodes are in store, so don’t miss what the week of January 25-29 has to offer. Stick with us for all the latest Days of Our Lives spoilers, updates and news posts!