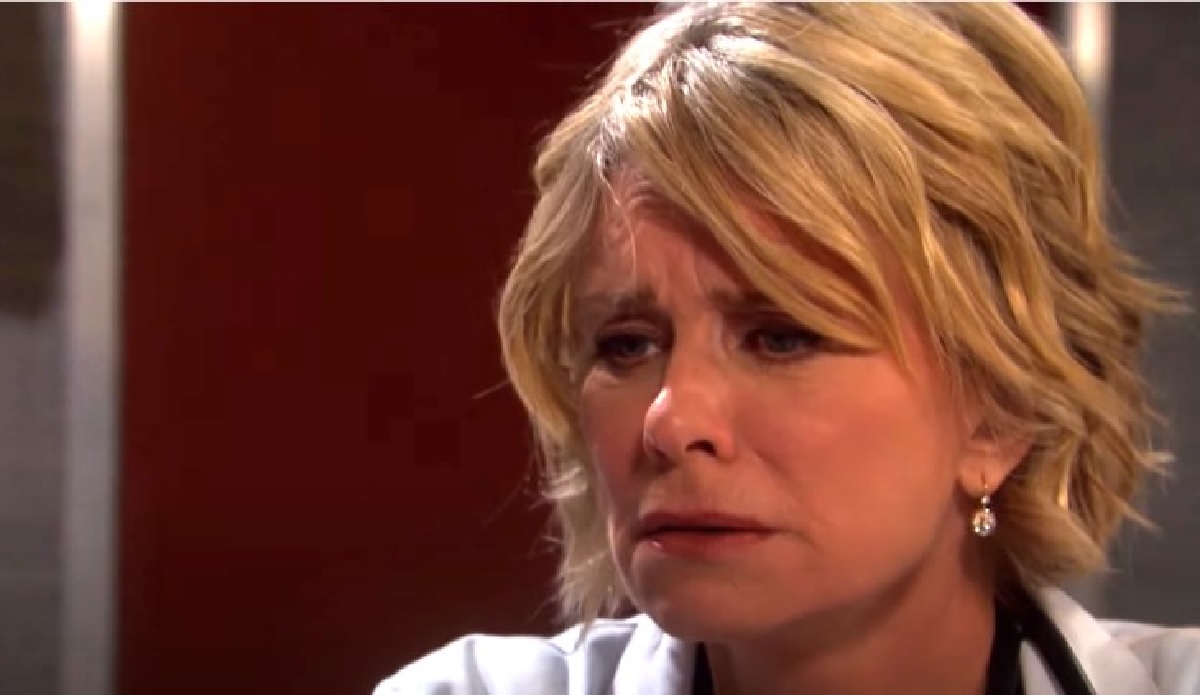 Days of Our Lives (DOOL) spoilers for the week of January 18 reveal that Ava Vitali (Tamara Braun) is being comforted by all sorts of people, but someone surprising will try to help her next. A photo shows Steve Johnson (Stephen Nichols) consoling Ava while sitting on her hospital bed. He’s a bit too close to her and that’s the minute Kayla Brady (Mary Beth Evans) will walk in.

This Week On Days Of Our Lives: Ava Vitali’s Trauma

DOOL spoilers reveal that Braun recently spoke about her character and brought up all of the trauma she has been through. Right after that, we saw Charlie Dale (Mike C. Manning) knock her over the head, drag her to his apartment, tie her to a chair and drug her with spiked soup. Now she’s in the hospital, but the drugs are still making her hallucinate half the time. She can’t genuinely say what’s real and what’s in her head. 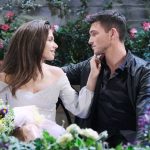 Days Of Our Lives (DOOL) Spoilers: Ben Gets A Sign, Ciara’s Message Leads To Life-Saving Rescue?

We have seen Kayla be put in an awkward position. Ava has caused Kayla’s family so much pain and heartache, but she’s also a doctor treating her patient. Kayla feels like she should comfort Ava but doesn’t think she deserves it. However, Steve might feel differently, which we find surprising.

Days of Our Lives spoilers reveal that the new issue of Soap Opera Digest spoilers shows a photo of Ava laying in her hospital bed, once again in great distress. Steve is sitting on the side of her bed next to her. He has both hands gently on her shoulders and his face is leaning in close to hers. He’s not about to kiss her but does seem to be reassuring her or trying to get her to understand something.

Even though Steve and Kayla trust each other, this would be the exact moment that the doctor will probably walk in. She will be likely unnerved seeing Steve so close to Ava. After everything the woman has put them through, Kayla doesn’t want Steve’s paws on that woman. However, it is also a strange situation and Ava is panicking every other minute. Plus, they have the pressing concern of Charlie and Tripp Dalton (Lucas Adams). Hopefully, this incident won’t cause problems between “Stayla.’

What do you think is going to happen with Ava Vitali? What about Steve Johnson comforting the woman who has repeatedly torn apart his marriage? How will Kayla Brady feel about Steve consoling the villain? Will she put it out of her mind or could it really bother her? We will have to keep watching the NBC soap to find out what happens in the next few weeks.

Be sure to catch up on everything happening with DOOL right now. Come back here often for Days of Our Lives spoilers, soap opera news, and new episode updates.

Days Of Our Lives (DOOL) Spoilers: Ben Gets A Sign, Ciara’s Message Leads To Life-Saving Rescue?

Great Days Of Our Lives Spoilers: Gabi’s Watching From Afar, Uses Chad’s Cheating To Get Back In DiMera Enterprises