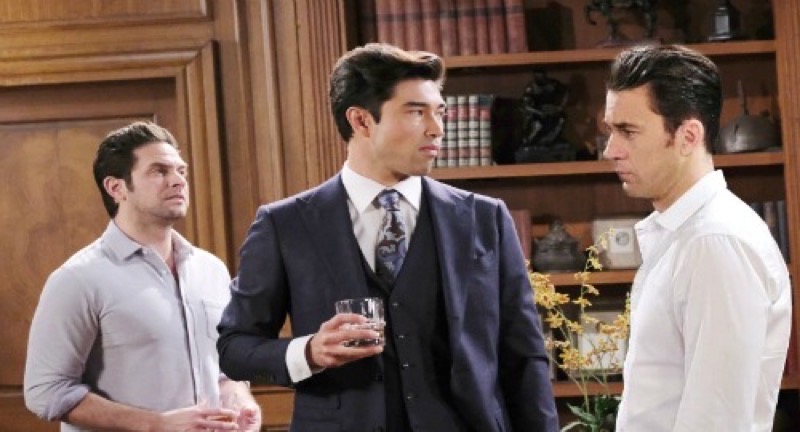 Days of Our Lives comings and goings reveal that Remington Hoffman is coming back to the NBC soap. When Li Shin arrives at the DiMera mansion, he will have something serious to discuss. He has heard about Chad DiMera (Billy Flynn) sleeping with an employee, which is Gwen Rizczech (Emily O’Brien). He is punished for his actions and makes a harsh decision.

DOOL comings and goings confirm that we are going to see Li return, per the weekly promo clip. Usually when he arrives in Salem, it’s due to there being some situation or change at DiMera Enterprises. Most of the time, it has to do with the constant CEO merry-go-round. This time, it will be surrounding Chad’s actions, which don’t look good on the company.

Days Of Our Lives Comings And Goings: Chad DiMera’s Mistake

Li has already heard about Chad sleeping with Gwen and he’s not happy. In fact, he is furious and the board wants something done. In the weekly promo clip, Chad is told that technically, Gwen is an employee of DiMera Enterprises. Even though she was working for Chad and Abigail DiMera (Marci Miller) as their personal nanny, some companies do pay for household help as a “perk.” If Gwen was actually being paid by the company and not out of Chad and Abigail’s pocket, then Chad’s mistake is much worse than we imagined. 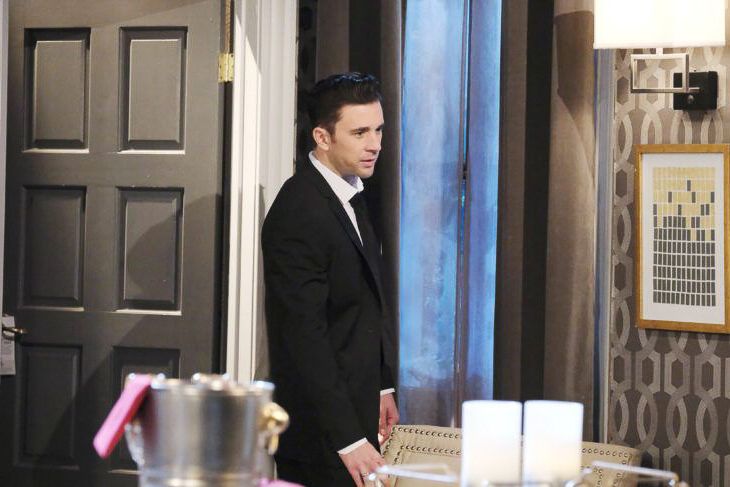 Days of Our Lives comings and goings reveal that Li is pretty harsh when talking to Chad. It’s not a good look for the company to have the CEO sleeping with an employee. It also opens them up to a public relations nightmare and Gwen could decide to sue DiMera Enterprises. She might even get her job back if she chooses to sue. She could claim that Chad coerced her or sexually harassed her.

Remember, “Chad & Abby in Paris” had a similar storyline, so there is already an established history of this behavior with Chad. In that case, he was innocent, but that was never proven. So, it could be used if Gwen decides to go to court.

Days Of Our Lives Comings And Goings: You’re Fired!

It is teased that Tony DiMera (Thaao Penghlis) and Anna DiMera (Leann Hunley) reel over the changes at DiMera Enterprises. It’s possible that Li’s decision is to fire Chad, but will Jake Lambert DiMera (Brandon Barash) get the CEO position or has Gabi Hernandez (Camila Banus) already been keeping tabs on Chad? Perhaps that is how Li found out about the one-night stand to begin with. It sounds like things for Chad are only going to get worse. He will blame Gwen, but she didn’t force him to get naked and hop into bed with her. Chad did that all on his own.