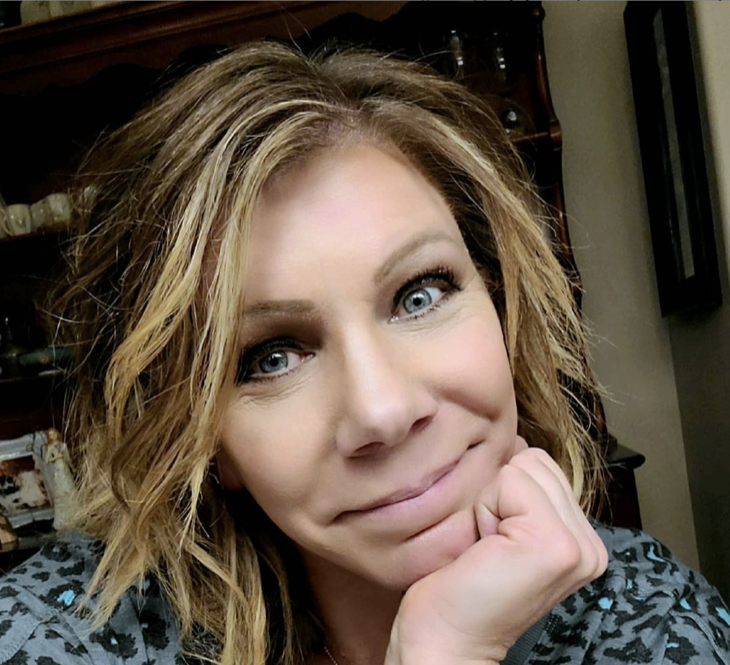 Sister Wives spoilers 2020 reveal that Meri Brown has turned 50! That is an incredible milestone when you think about all the human beings in the world whose lives are cut short long before they reach that age. Birthdays are all about celebrating, but some fans found Meri’s tribute to herself bizarre. However, is it really that odd? She has a lot to be proud of, after all.

Sister Wives spoilers reveal that January 16, 2021 marks Meri’s 50th birthday. Not only was the past year a rollercoaster for the world, but for Meri as well. She has gone through some rocky times with polygamist partner Kody Brown. She had a catfishing scandal go viral several years ago, which many people have not forgotten. It seemed like Kody and Brown might be going their separate ways a few months ago during the marriage counseling episode. He said some pretty brutal things to Meri. After months of speculation and gossip, Meri finally confirmed she is still with Kody.

‘Bizarre’ Tribute To Herself

Sister Wives spoilers reveal that when someone celebrates their birthday, it is typically all about them. Who else would it be about? Well, Sister Wives cast member Meri posted on Instagram all of the things she has accomplished and she has a lot to be proud of. However, some fans felt that the “me” tribute was “bizarre.” We don’t think it’s really that odd, though. 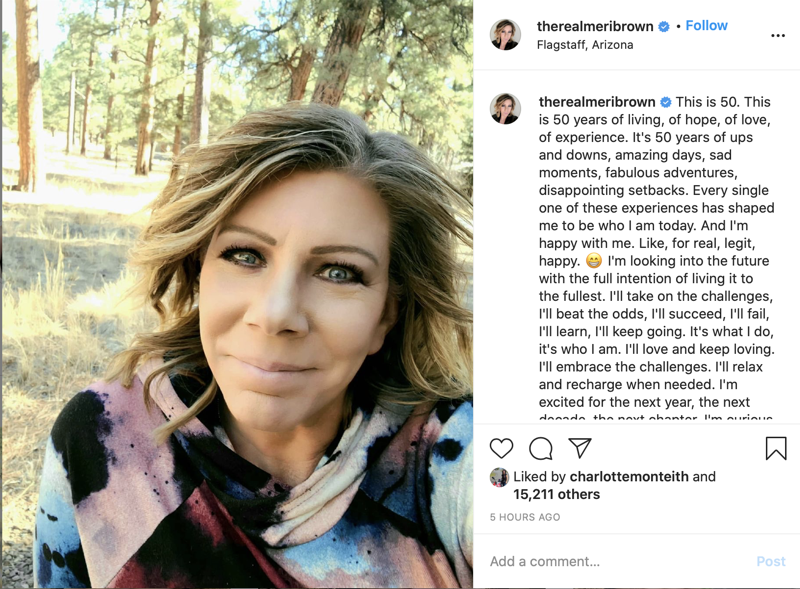 “The past 10 years I’ve watched my kid grow up and finish college, both undergrad and masters, and find an amazing partner, plus a couple cute puppies too! I’ve moved a few times, won a lawsuit, wrote a book, made tons of friends across the country, and started a couple thriving and successful businesses.

I’ve traveled, a LOT, seen many amazing places across the US and some out of the country too. I’ve made the BEST of friends. I bought my old family home to share with my extended family (25 year dream come true). I’ve sung on a cruise ship. I’ve danced under the stars. I’ve swam with dolphins. I’ve climbed mountains. I have nothing to complain about, it’s a good life! Can’t wait to see what the next decade brings!”

No matter how people feel about Meri, she has accomplished a lot in her 50 years on Earth. She has a lot to be proud of and she has overcome many things. She even made a few of her dreams come true. It didn’t sound like gloating or a life story/resume to us. It sounds like she is reflecting on her life on her birthday, thinking about everything she has done and perhaps what she would like to do next. There is absolutely nothing wrong with that. We’re not sure who fans think she should be tributing on her birthday if not herself… (Please don’t’ say Kody!)

Reflecting On The Past And Envisioning The Future

Sister Wives spoilers reveal that Meri is probably doing what many people do when they reach an age milestone. Reflecting on the past and envisioning the future. She’s excited about what the next decade brings. We wish Meri a very happy birthday and hope all of her dreams come true.

Days of our Lives Spoilers: Comings and Goings Reveal A Euro Villain Returns and a Femme Fatale is Back