Days Of Our Lives Spoilers: Tripp Breaks Down Charlie’s Door, Wants To Know Why 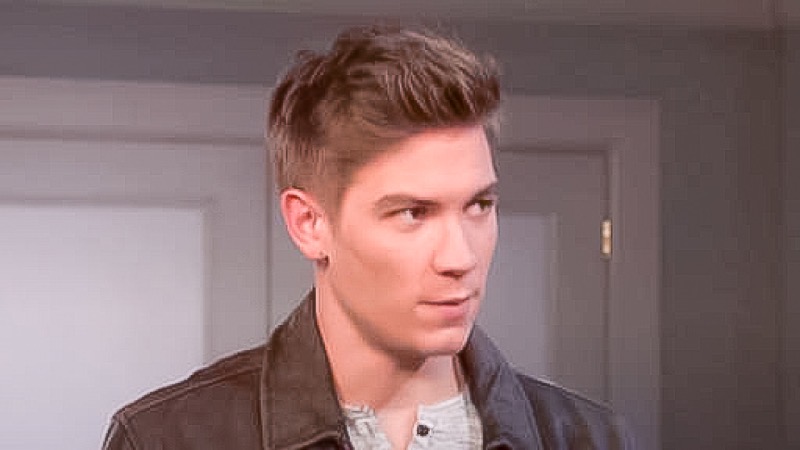 NBC Days of Our Lives spoilers reveal that Tripp Dalton (Lucas Adams) is determined to confront Charlie Dale (Mike C. Manning). After seeing Ava Vitali (Tamara Braun) in the hospital, he goes to Charlie’s apartment and breaks down the door. He plans to get answers, but will the Titan intern even be there? Will he still be in police custody or could he end up being released?

DOOL spoilers reveal that Steve “Patch” Johnson (Stephen Nichols) shares a few bombshells with his son. He tells him that he has a half-brother named Charlie. This same sibling raped Allie Horton (Lindsay Arnold) and framed Tripp for the crime. Plus, Charlie is here in Salem and put Ava in the hospital. Of course, Tripp’s mind will be reeling from all of this information and he wants something done.

Tripp goes to see what in bad shape his mother is in and is furious. He wants to confront Charlie, not just for himself, but for his mother too. Actor Lucas Adams explains to Soap Opera Digest, “I don’t think that’s something that’s ever crossed his mind. And the fact that it could be someone who assaulted Allie, that did all this, and is letting Tripp take the blame for it? It’s not sitting well with him. He wants to go confront Charlie.” 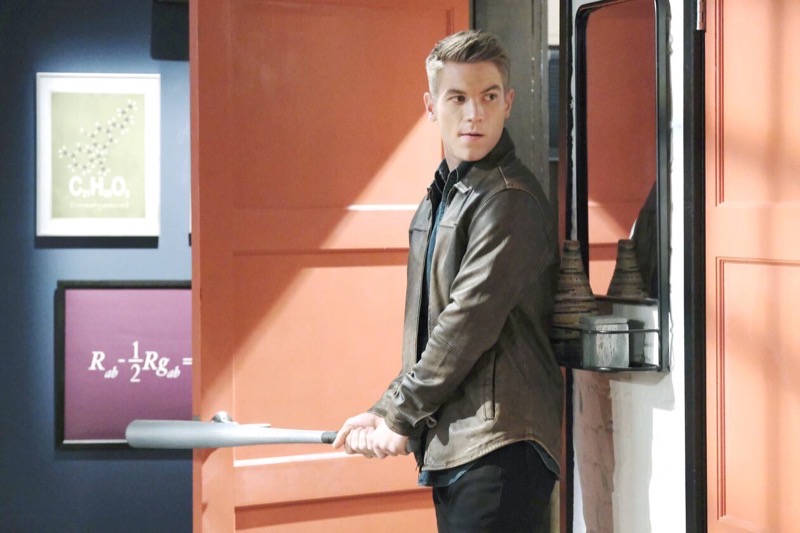 Days of Our Lives spoilers reveal that Tripp decides to do just that.. Confront Charlie. After checking in with his mother at the hospital, Tripp goes directly to Charlie’s apartment. He breaks down the door and goes inside. He wants to know why, but is Charlie even there? Even though he was being held for questioning by Rafe Hernandez (Galen Gering), there are hints that indicate Charlie could actually be released… at least for the time being.

If that is the case and Charlie is home when Tripp goes to confront him, things could turn deadly. The level of hatred that Charlie harbors for his brother is off the charts. Plus, you have Tripp who could have gone to prison for a rape he didn’t commit. Not to mention all the damage it’s done to his relationships, even those within his own family. 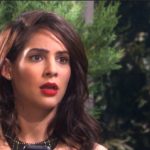 What do you think happens with this storyline? Does Rafe end up letting Charlie go? Will Tripp actually confront his half-brother? If so, what kind of confrontation will the siblings have and could one of them end up injured or dead? Will Charlie eventually have to pay for everything that he’s done? We will have to keep watching the NBC soap to see how this story develops over the next few weeks.

Days of our Lives Comings and Goings: A Doctor Returns, A Horton Favorite Headed Back and A Villain Exits