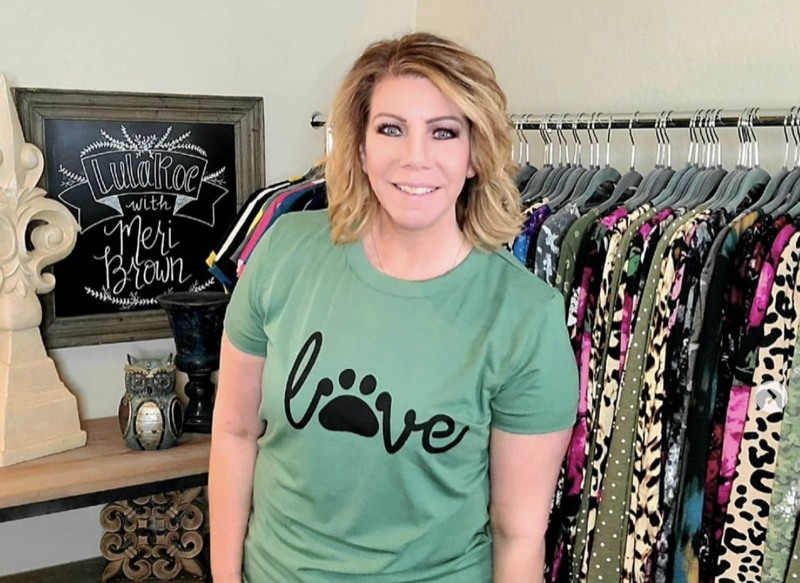 Sister Wives spoilers 2020 reveals there are some rumors swirling around that Meri Brown may have completely doomed the TLC hit show, Sister Wives. Why do fans think this? Could it be because of all of her cryptic messages on social media?

Could it be the friends that she likes to hang out with and post all over her Instagram account? There are a few theories circulating about it, but it seems that between her and Kody Brown, the show could be doomed for good.

Many fans of Sister Wives feel that Meri and Kody just don’t see eye to eye on things and the rumors of a split have been around for at least a year now. Sister Wives cast member Meri did something that none of her fans ever would have thought she would…she actually claimed Kody! She shared her love for him and their marriage. This came as quite the shock because fans have always thought that they were doomed. 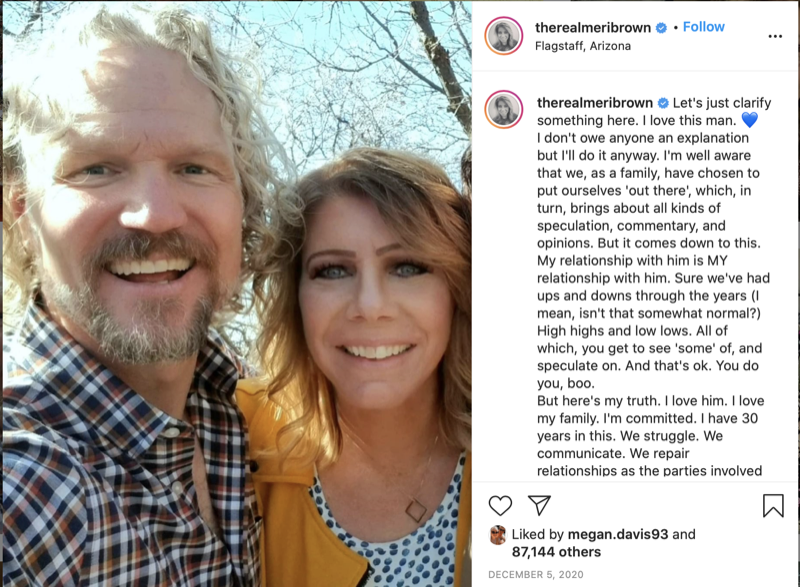 Meri not only told her Sister Wive fans how much she loves Kody, but she also made sure to tell them that her life is much more than being with Kody. She is focused on her work and her bed and breakfast. Meri doesn’t feel like her fans need an explanation when it comes to her marriage and her love of her husband.

Fans of the Sister Wives feel that Meri just doesn’t get treated the way that the other wives do. They feel that Kody gives a lot more attention to his other three wives than to Meri. Some think it is because she doesn’t have young children anymore and Robyn Brown does. He has spent more time with Robyn than any of the other wives during the pandemic. Some say this is showing his favoritism.

Meri has reassured her fans that TLC edits a lot of the show and what we have seen doesn’t truly represent her and Kody’s love for one another. Her fans seem to think she deserves better, but we will just have to see what happens next with these two.

Did Meri make this out to look like she and Kody were done? Was this all her fault? She posts what she feels and if it is a quote, we never know how it relates to her life and many fans have just assumed these quotes are about Kody.

Keep following Sister Wives Meri to see what she posts next. It could be another inspirational quote or it could be about her life.