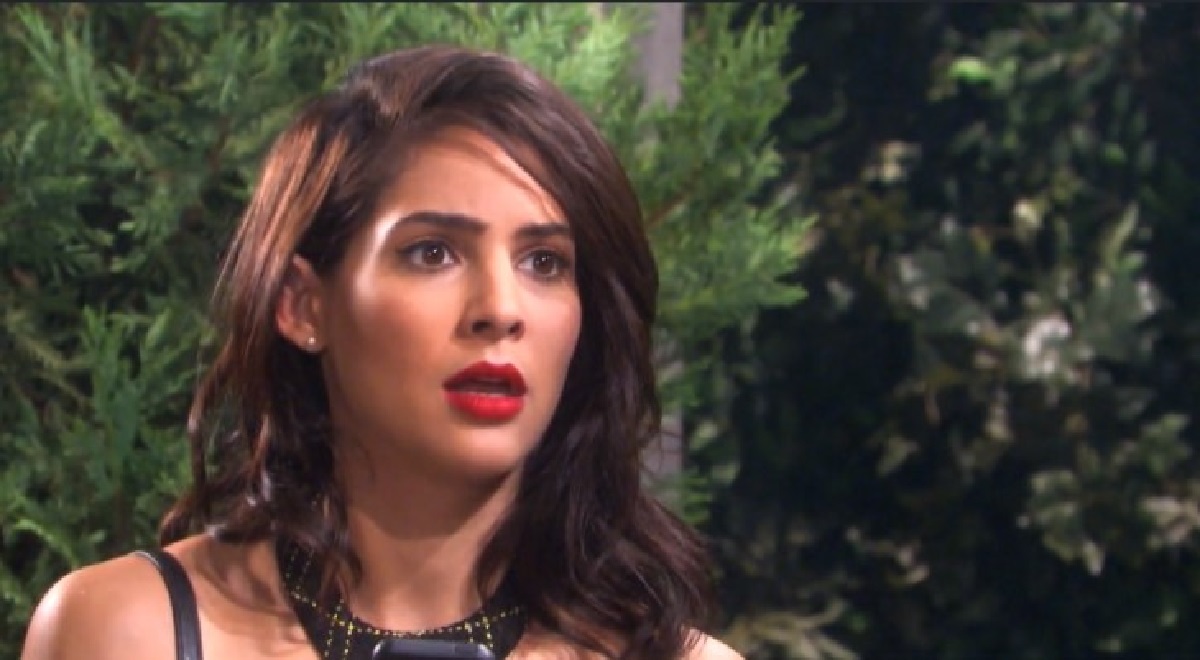 Days of Our Lives (DOOL) comings and goings spoilers reveal that we are going to see Gabi Hernandez (Camila Banus) once again. She returned briefly before with Rafe Hernandez (Galen Gering), but jetted off to Arizona when she found Kate Roberts DiMera (Lauren Koslow) and Jake Lambert DiMera (Brandon Barash) together. Find out when to expect the hothead fashionista to return.

DOOL comings and goings reveal that Gabi previously came back from Mexico with her brother. However, Gabi only stayed one day and then she disappeared again. A quick Days of Our Lives recap – she tried to rekindle her romance with Jake.

Even though Gabi treated him terribly before leaving, she expected him to be psychic and somehow know she didn’t mean any of it. Then, she took off again when Jake let her know that he wasn’t going to stop sleeping with Kate. 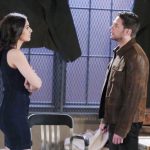 According to the new issue of Soap Opera Digest spoilers, Gabi will return to Salem. She surprises Jake by suddenly appearing in his office. Gabi still wants him back and tries to force him into it by threatening to expose his secret romance. However, Jake laughs and tells her he and Kate already went public. This forces Gabi to change tactics and it is teased that she could make him a business deal. He will likely accept, but he should be prepared because Gabi wants both business and romance!

Jake Lambert DiMera’s Romantic Future On Days of Our Lives

Days of Our Lives, spoilers indicate that Jake and Kate probably won’t last very long. Sure, they got into a fight and are back together already. But Jake isn’t over Gabi and he knows it. Plus, she isn’t going to give up until she gets what she wants, which is Jake.

This situation sounds so similar to Gabi’s relationship with Stefan DiMera (also played by Brandon Barash). So, we expect the two to eventually admit they love each other and come together. But there will be a lot of drama before that moment arrives.

According to the new issue of Soap Opera Digest, expect to see Gabi return during the week of January 18. Maybe this time she will stay more than one day and can get involved in the various storylines at the DiMera mansion. There is the Gwen Rizczech (Emily O’Brien) situation, Chad DiMera (Billy Flynn) falling apart and Abigail DiMera (Marci Miller) finally showing everyone who’s boss. How will Gabi fit into all of this and could we see her make some surprising decisions, especially when it comes to Jake, Kate and Gwen? We will have to keep watching the NBC soap to find out what’s coming up.

Be sure to catch up on everything happening with DOOL right now. Come back here often for Days of Our Lives spoilers two weeks ahead, plus soap opera news and Days cast updates.

This Is Us Season 5 Spoilers: Kevin’s Hope For Rebecca, But Will There Be Enough Time?

Days Of Our Lives Spoilers Next Week: Bonnie Spies On Philip, Her Secret Connection To Ava