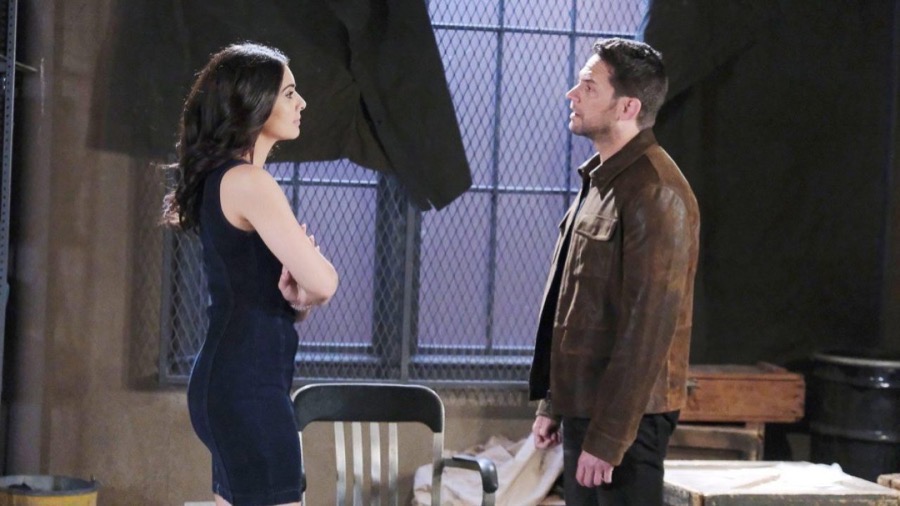 NBC Days of Our Lives spoilers reveal that Gabi Hernandez (Camila Banus) returns to Salem and strikes a business deal with Jake Lambert DiMera (Brandon Barash). Both feel entitled to be in charge of DiMera Enterprises. They both also have issues with Chad DiMera (Billy Flynn). Could they use the latest “Chabby” scandal to eliminate an enemy and control their destinies?

DOOL spoilers reveal that when Gabi comes back to Salem, she wants one thing. That happens to be a romance with Jake. However, he isn’t interested, so Gabi comes up with another plan. It is stated that the two end up making a business deal. Knowing Jake was given a chance by Li Shin (Remington Hoffman), but unhappy about reporting to Chad, could Gabi use this to her advantage? Is this what the business deal is all about?

Days Of Our Lives Spoilers: Both Want Control

Gabi has been trying to get control of DiMera Enterprises for a few years now. At one time, she was the CEO. It was a major conflict between Gabi and Chad, with each trying to oust the other. Gabi feels that she is entitled to the company since she was Stefan’s wife.

Meanwhile, Jake feels that he should be given the same opportunities as Chad. He did succeed by convincing Li to give him a chance. However, he does not like reporting to Chad and feels that he’s not getting the same chances or treatment. 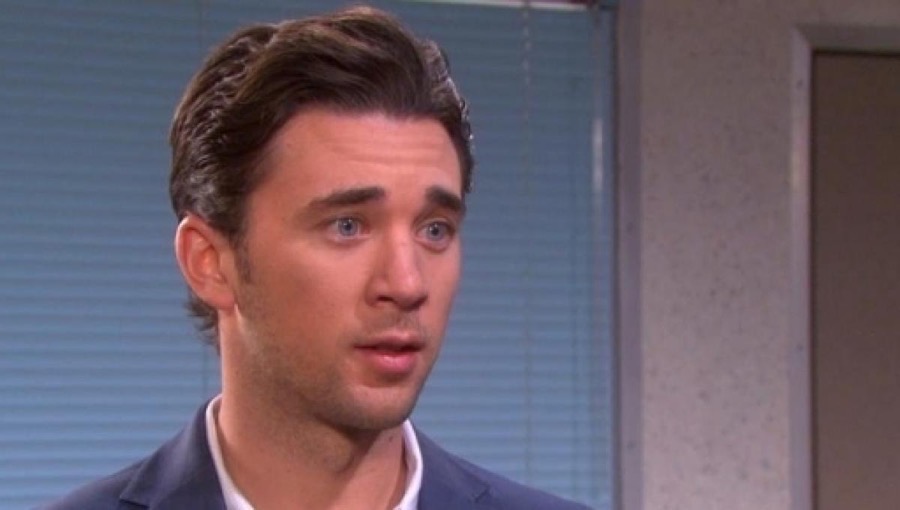 Chad DiMera Is A Mutual Enemy

Days of Our Lives spoilers reveal that Jake and Gabi also have a mutual enemy. Gabi’s bad blood with Chad is tied in with DiMera Enterprises. As for Jake, Chad hasn’t even tried to get to know his new brother. Instead, he automatically distrusts him because he looks exactly like Stefan. Plus, Jake is getting sick and tired of not being on the same level as Chad even though he is older.

Days Of Our Lives Spoilers: Similar To ‘Stabi’ Story

If Jake and Gabi work together to rule DiMera as a team, you bet the fashionista will use it to get back in bed with him. This is a very similar story to Stefan and Gabi, enemies who got married so they could take control of the CEO position. However, they ended up falling in love. It seems that the storyline might be recycled to bring Jake and Gabi together. 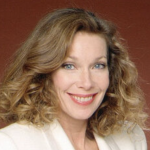 However, what does this mean for Chad? Has he ruined his career and family by being manipulated by Gwen Rizczech (Emily O’Brien)? Does “Chabby” still have a chance? Will he be able to keep his head on straight when there’s another battle for the CEO position? We will have to keep watching the NBC soap to see how this storyline develops.

Be sure to catch up on everything happening with DOOL soap right now. Come back here often for Days of Our Lives spoilers, news and updates.

This Is Us Season 5 Spoilers: Justin Hartley On Significant Pressured Moment That Changes Everyone Forever