Days Of Our Lives Spoilers Next Week: Chad Beds Gwen! Jake And Kate’s Affair Exposed One Day Too Late 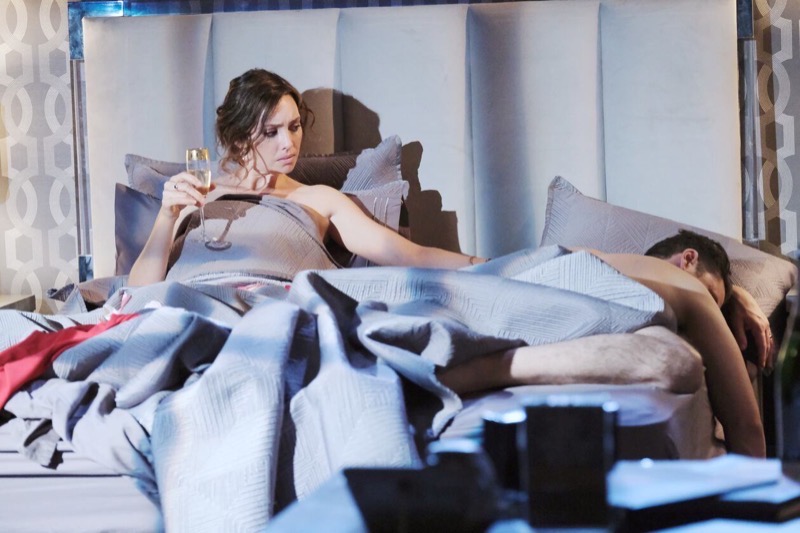 NBC Days of Our Lives spoilers for the week of December 28 reveal that in Salem Chad DiMera (Billy Flynn) will once again believe his wife is having an affair. Gwen Rizczech (Emily O’Brien) seduces Chad and it actually works. After bedding the nanny, Chad realizes what he’s done when Jake Lambert (Brandon Barash) and Kate Roberts DiMera (Lauren Koslow) go public with their affair.

DOOL spoilers reveal that Jake and Kate have a steamy secret. They have been seeing each other intimately for a while now. Even though Jake thinks they should just let people know, Kate insists on keeping it a secret. It’s not that she cares what anyone in Salem thinks of her, it’s about a specific relationship.

Kate and Chad have an interesting relationship. Even though they aren’t related by blood, Kate views Chad like a son. The last blow-up between the two nearly didn’t get repaired. Kate loves him so much that all she wanted to do was make things right. Now that things are seemingly fixed, Chad might not approve of Jake and Kate’s relationship.

Gwen knows about Jake and Kate’s secret trysts. She could expose it at any time, but she holds onto that piece of information. She keeps it to herself because she knows it will be more valuable to her in another way. In fact, she is counting on Chad not knowing anything about Jake’s involvement with Kate. If he knew about their intimate affair, then it would make what Gwen does next absolutely useless. 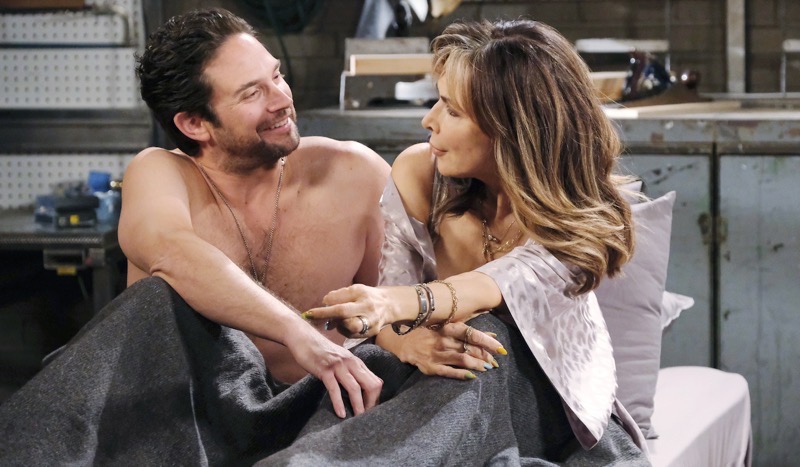 Days of Our Lives spoilers reveal that Chad wants to know who Jake really bought the jewelry for. Even though it was gifted to Gwen, Chad doesn’t think she was the intended recipient. He is right about that, which is pretty much what Gwen says. However, she doesn’t mention anything about the jewelry being for Kate. in the heir’s mind, he isn’t even figuring Kate into the equation. He just assumes that it’s more “proof” of Jake and Abigail DiMera’s (Marci Miller) alleged affair.

Then, Gwen books a room at the Salem Inn under Abigail’s name. She puts a plan in motion to make sure Chad finds out about, but not from the schemer. That way, she can put on the innocent act and keep her hands clean. After Chad finds out about the hotel room, he is convinced that his wife is sleeping with Jake. This is when Gwen makes her move and sleeps with him. 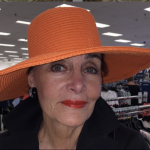 The next day, Jake and Kate discuss their options. Their secret is hurting a lot of people and that was never the intention. Jack Deveraux’s (Matthew Ashford) marriage was on the line because Jennifer Horton (Cady McClain) thought he was still sleeping with Kate. She tells Jennifer that she is sleeping with someone, but it’s not Jack. Later,

Jake and Kate decided that it would be better to go public with their relationship. When Chad learns the news, he will be mortified. It turns out that there really is someone ruining his marriage, but it was never Jake. It’s none other than Chad himself. Sure, Gwen is tearing them apart, but only because Chad’s letting her. After the bombshell announcement, Chad is so horrified that he goes missing.

Days Of Our Lives Spoilers: Why Louise Sorel Turned Down Vivian Alamain’s 2021 Story