Days Of Our Lives Spoilers: Gwen Gets Violent With Baseball Bat! Rage Gets Out Of Control 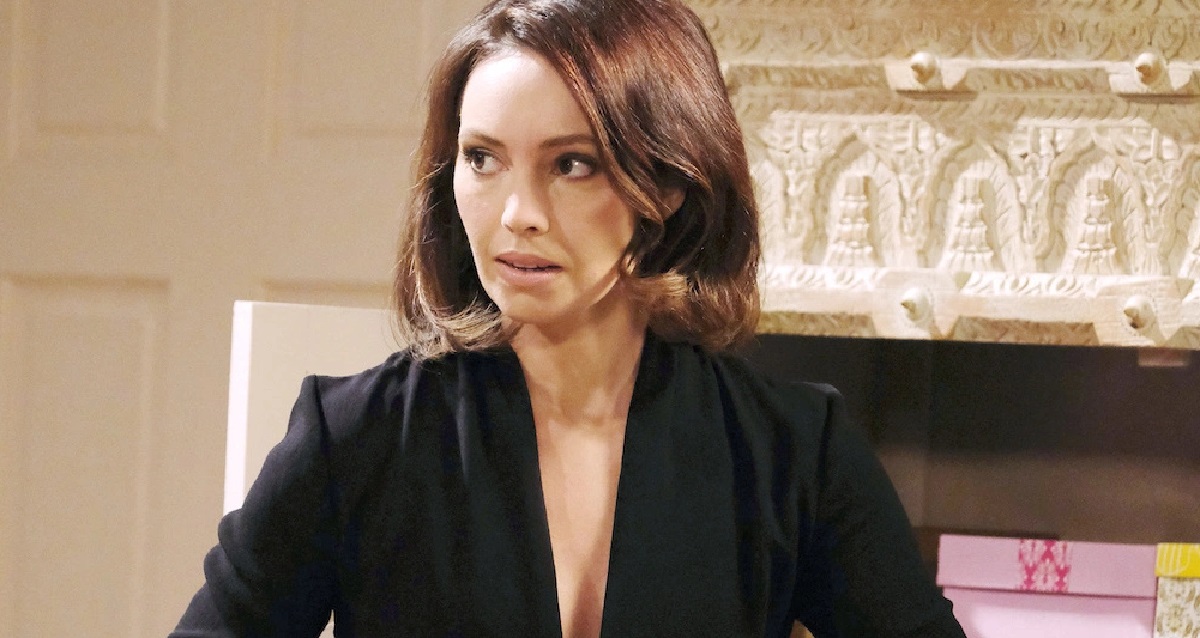 Days of Our Lives spoilers reveal that next week, Gwen Rizczech (Emily O’Brien) is going to take a baseball bat and use it to release her bottled up rage. In a photo published in the new issue of Soap Opera Digest, it is stated she throws a massive fit. She looks like she is about to cause some real damage with the baseball bat. Keep reading to find out more information.

DOOL spoilers reveal that ever since Gwen has put herself in the DiMera orbit, we have seen a woman who is filled with bitterness and resentment. She is obviously very angry about something and it has to do with the Deveraux family. She’s not just targeting Abigail DiMera (Marci Miller) anymore, but is also trying to keep Jack Deveraux (Matthew Ashford) and Jennifer Horton (Melissa Reeves) apart. 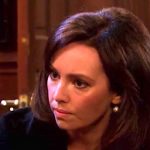 DOOL Spoilers: Rage Gets Out Of Control

Gwen has shown that she will do absolutely anything to accomplish her goals and destroy the entire family. This includes drugging Abigail with a drug that was supposed to “melt her brain.” So, it is clear that permanent damage, insanity and even murder is on her mind.

In a new sneak peek photo, Gwen is standing by a bench and has her items on the ground. There are Christmas poinsettias in front of her as the town of Salem decorates for the holidays. She is holding what appears to be a baseball bat. 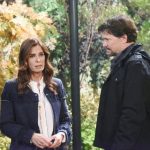 Days Of Our Lives Spoilers: Peter Reckell Tweets With Fans About A DOOL Return And ‘CIN’ Relationship

Gwen Rizczech Destroys Property On Days Of Our Lives

Days of Our Lives spoilers reveal that Gwen has a firm grip on the baseball bat and her face is scrunched up in rage. She starts to lift it up and swing, taking aim at the poinsettias. So, it’s clear that the holiday season might be a trigger for her. Since the holidays are all about family, that gives further indication that she is a secret relative of the Deveraux family.

Many viewers speculate that Gwen is Jack’s secret daughter from one of his times away from Salem. Those fans could very well be correct. It would explain her anger and why the holidays seem to be setting her off.

Days Of Our Lives Spoilers: Truth Coming Out Soon

Head writer Ron Carlivati previously told Soap Opera Digest that we will start to learn about Gwen’s motives in December 2020. So, it seems that we will find out very soon what exactly her issue is and why she’s directing so much rage toward Abigail, Jack and Jennifer.

Be sure to catch up on everything happening with DOOL right now. Come back here often for Days of Our Lives spoilers two weeks ahead, plus news and NBC soap opera updates.