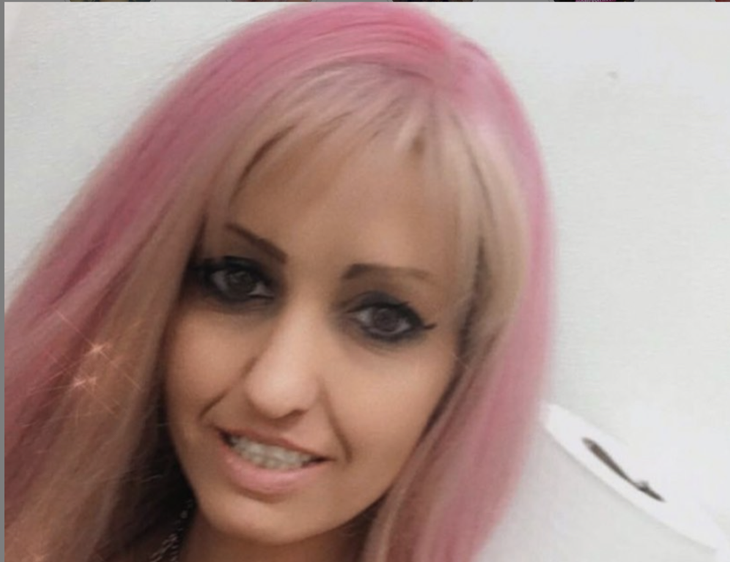 WEtv Love After Lockup star Tracie Wagaman recently shared a very long post on Instagram. In it, she talked about someone named “Magical Missy” who was a fan turned stalker. The reality TV personality also clarified her relationship with Matt Baier, who appeared on Teen Mom. Despite her long rant, many of her followers remain confused.

For celebrities and reality stars, having fans and followers is part of the job description. However, there are times when a fan can turn into a stalker. According to Tracie’s Instagram post, this happened to her and she’s still dealing with it. In her Instagram post, she explained that she spent time with a fan and her husband, gave the “stalker” her phone number, but then “Magical Missy” wouldn’t stop contacting her. When she stopped responding and told the fan she didn’t want any kind of relationship with her, “Magical Missy” allegedly started spreading lies.

The Love After Lockup star went on to complain about “Magical Missy” doing a Live and saying a lot of things that weren’t true. She later responded to comments and said that her stalker talking about Tracie having a relationship with Matt Baier was true, they did see each other at one time. However, Tracie wrote that everything else the fan said were lies.

Love After Lockup: About Matt Baier

Apparently, Tracie and Matt were seeing each other for a time. However, they aren’t anymore and Tracie is now in a romance with Luke Loera. It’s not clear what “Magical Missy,” said about Tracie and Matt, but the Love After Lockup star was fired up after learning about it. 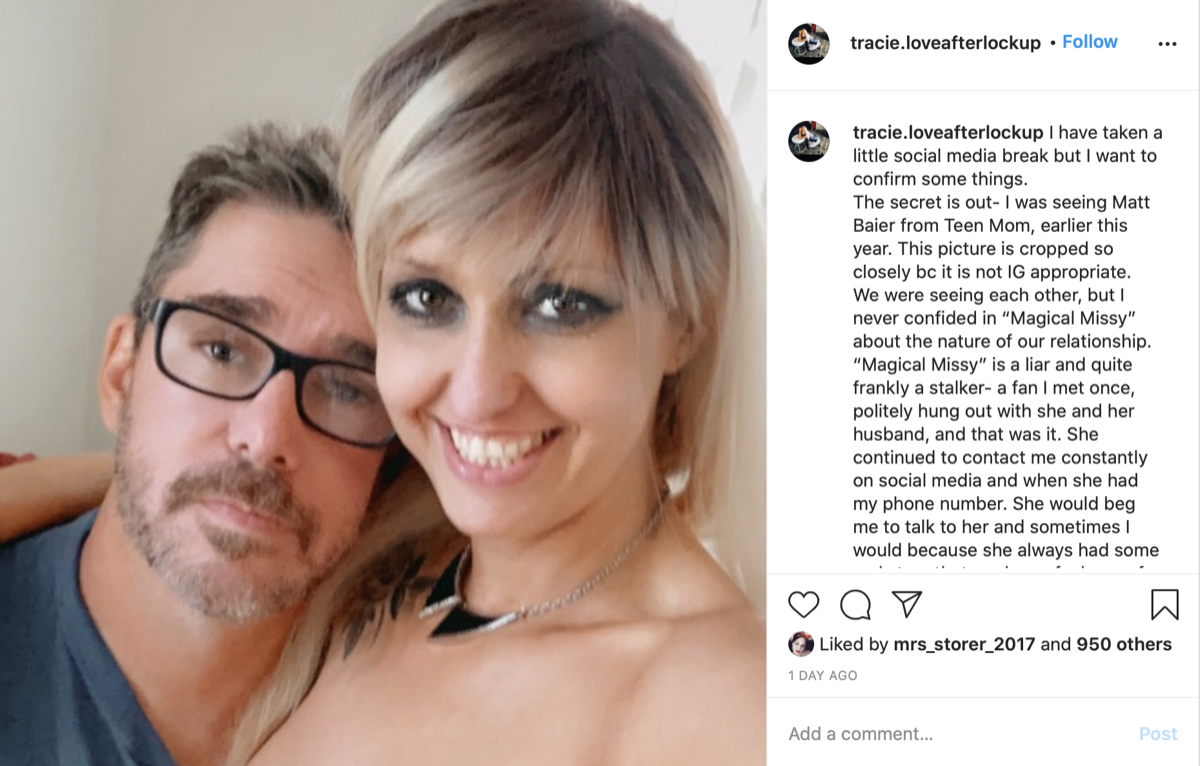 The Love After Lockup star said that she wishes Matt well and her post wasn’t meant to trash him. She added that “Magical Missy” allegedly spoke to Tracie’s ex, Clint, and has been stalking her for months.

“Magical Missy is a liar and quite frankly a stalker… Sometimes I would [talk to her] because she always had some sad story that made me feel sorry for her… I started distancing myself from her and I stopped responding and she became very angry.” 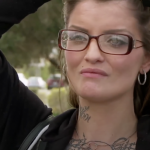 She ended the Instagram rant by asking her Instagram followers to check her out on OnlyFans. Her followers were very confused about the point of her post and how it just seemed to be a lot of rambling going in several different directions. Then others thought Tracie was just trying to get more subscribers to her OnlyFans account. In any case, it’s a very bizarre situation.

Be sure to catch up on everything happening with Tracie Wagaman right now. Come back here often for Love After Lockup spoilers, news, and updates.