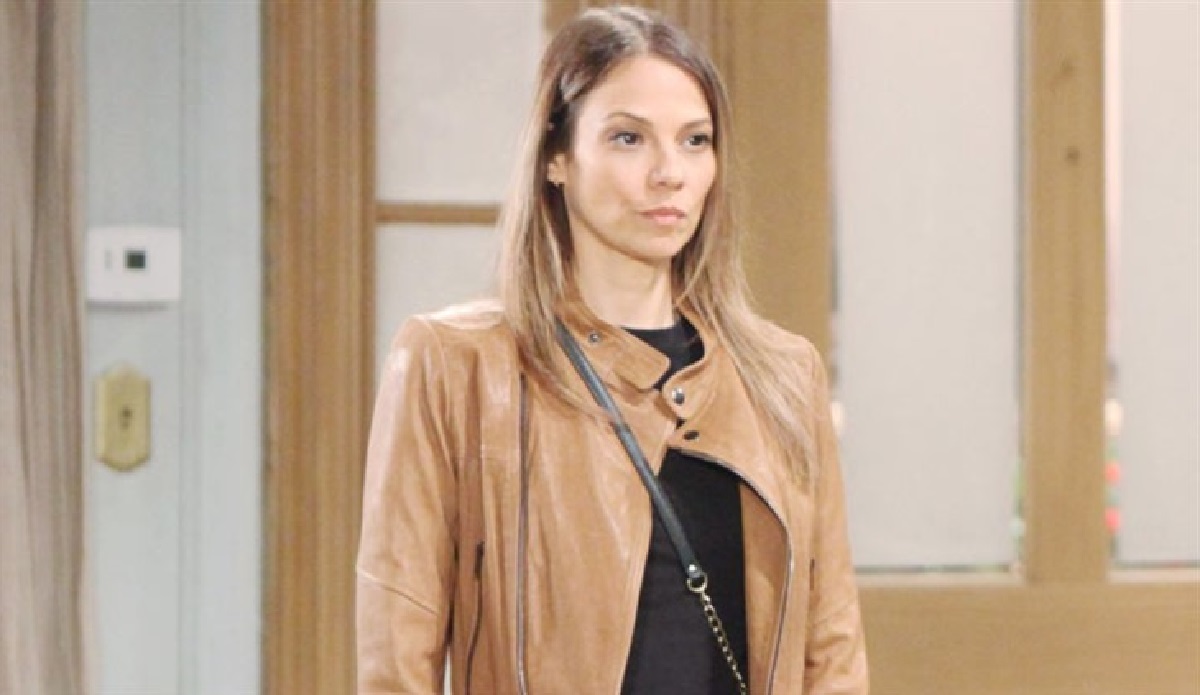 NBC Days of our Lives (DOOL) spoilers dish that delightful daytime diva Tamara Braun (ex Kim Nero on General Hospital) is bringing back her presumed dead character Ava Vitali. Is Salem ready for the slinky minx? Absolutely not, especially since she is in cahoots with a secret partner trying to take down Titan Industries!

Days of Our Lives spoilers show Ava seems to be up to her old tricks and obsessions as we last saw her lurking outside of Steve Johnson’s (Stephen Nichols) door. Will she try to spin him a web of lies about what she is really up to? Regardless of what she says to Patch, Ava will need to reunite with her son Tripp Dalton (Lucas Adams) who has been accused of a horrific crime. Ava will have her hands full in Salem and Braun spilled all about her comeback to Soap Opera Digest. 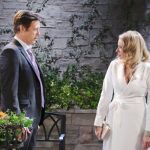 Braun portrayed Ava on Days of Our Lives in 2008 and from 2015 to 2016. She said that she was surprised to get the call asking if she would be interested in returning, but she did have something of a heads up from her neighbor! Apparently her neighbor watches DOOL and told her that she saw the initials A.V. on one of the infamous warehouse doors which housed “dead” people. Sure enough, Ava Vitali was apparently in the warehouse and now is in Salem.

But at that time Braun was playing the role of Kim Nero on ABC’s General Hospital.

According to Braun, being back on the DOOL set has been a pure joy and she loves playing the bad girl Ava Vitali. One thing she did have to do first though was “groom” herself saying she, “had gray for days!”

There was also a change in COVID protocol since she was last on set. According to Braun she had been isolated for months but finds the DOOL safety measures very reassuring.

Days of our Lives Spoilers – What is next for Ava Vitali?

Braun has also enjoyed catching up with her former costars including Nichols and his onscreen wife Mary Beth Evans (Kayla Johnson). She called all of her costars, “incredible human beings, and to get to work with good people who bring good energy and everybody works together—there’s nothing better.”

It sounds like Braun has found her niche and we can’t wait to see what her character gets up to next!

Be sure to catch up on everything happening with DOOL right now. Come back here often for Days of our Lives spoilers, news, and soap opera updates.