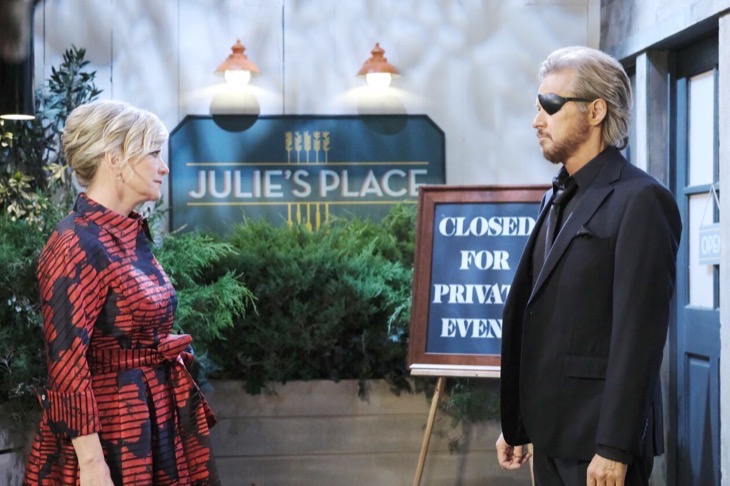 NBC Days of Our Lives John Black has been very volatile since his aneurism. John started having uncontrollable anger issues toward most of the people he knows in Salem. John even turned down an apple pie that Kayla Brady made especially for him. Now John and Marlena Evan’s (Deidre Hall) daughter Belle Black (Martha Madison) has announced that she and her long time love, Shawn Brady (Brandon Beemer) are finally getting remarried.

John is thrilled at the prospect of walking his daughter down the aisle and giving her away to the man that she has loved for years. Too bad that Shawn doesn’t feel the same about his daughter Claire Brady’s (Isabel Durant) date, Charlie Dale (Mike Manning). Shawn has just got Claire home recently from a mental institution and the whole issue was over a man. Shawn could certainly be concerned that a new man could but Claire back in Bayview and Shawn cannot have that.

The Lines Are Drawn Between Steve And Kayla

Days of Our Lives Kayla Brady (Mary Beth Evans) will take a hard line with Steve Johnson (Stephen Nichols) and his son Tripp Dalton (Lucas Adams). Steve adamantly believes in his son’s innocence. There has to be another explanation for the DNA test results for Allie Horton’s (Lindsay Arnold) baby.

Steve refuses to believe that Tripp could have raped anyone and is determined to protect his son. Kayla is a rape survivor and will always take the word of the victim first. Kayla also has DNA evidence to prove that Tripp is the baby’s father. In Kayla’s mind, there is no other explanation. Has Kayla not lived in Salem for years? Has Kayla forgotten that DNA tests can be faked? Ava accuses Tripp of being just like his mother and that doesn’t settle well with Steve. Can Steve and Kayla survive this latest blow to their relationship? 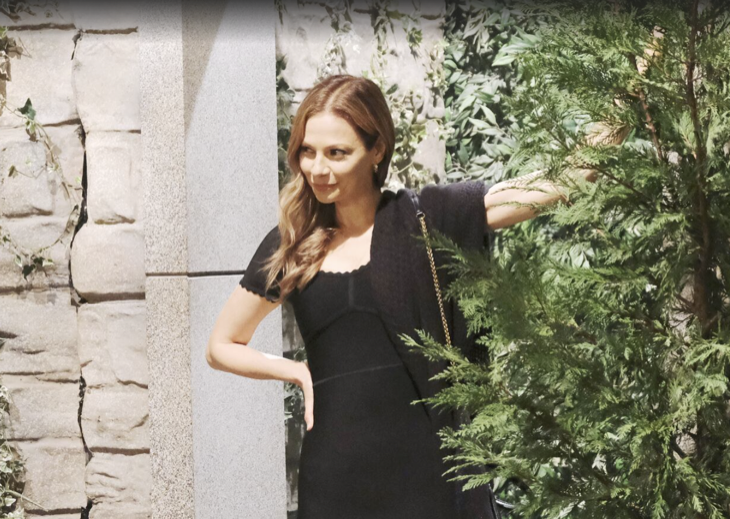 Days of Our Lives Ava Vitali (Tamara Braun) is in town unbeknownst to anyone in Salem except Philip Kiriakis (Jay Kenneth Johnson). However, Ava is pulling Philip’s strings and laundering money through Titan.

Xander Kiriakis (Paul Telfer) is trying to figure out what Philip is up to and save the company before Philip ruins it. Can Xander stop Philip and Ava? Sarah Horton (Lindsay Godfrey) has joined the effort and follows Philip to Ava’s apartment. Will Sarah expose Ava before it’s too late? Will Xander be forced to save Sarah from Ava if she is discovered following Philip?

Days of Our Lives Lani Grant (Sal Stowers) is fed up with her husband Eli Grant’s (Lamon Archey) lies and demands answers no, will she get them? How will Lani react when or if Eli tells the truth? 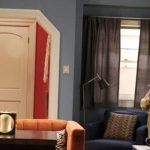 Jennifer Deveraux Is Fed Up With Kate Dimera

Days of Our Lives Jennifer Deveraux (Cady McClain) has put up with enough from Kate Dimera (Lauren Koslow) and is ready to fight back. Kate and Jennifer will argue over Jack and Kate will make some crude remarks about her night with Jack.

Jennifer will retaliate by slapping Kate across the face. Will this be the end of their argument or is this just the beginning?

Be sure to catch up on everything happening with Days right now. Come back here often for Days Of Our Lives spoilers, news, and updates.