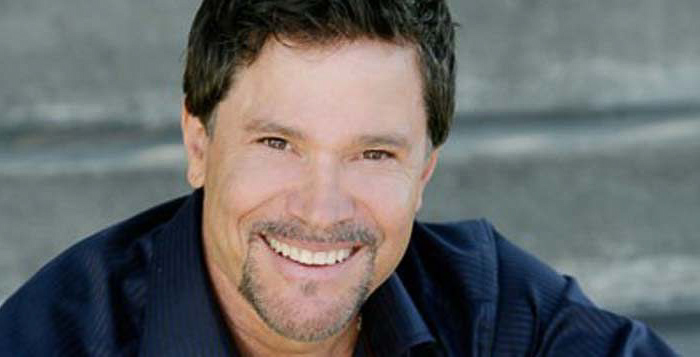 NBC Days of Our Lives alum Peter Reckell (Bo Brady) is going to be featured in a new Christmas album. The actor will sing “Under the Mistletoe,” an original song written and composed by Reckell’s wife, Kelly Moneymaker. Keep reading to find out all the details on the upcoming album, which is titled “Joy.”

The album is titled “Joy” and will include 13 tracks, one of which is Reckell singing “Under the Mistletoe.” It is scheduled to be released on November 13, 2020, along with several music videos that were created on YouTube. “Joy” will have 10 original songs, as well as three covers. You can listen to samples of the music and pre-order copies on Blue Aeris’ website.

On Facebook, Moneymaker wrote an announcement of the upcoming album. She included information about Blue Aeris and invited everyone to visit the website to hear samples of the tracks. She also encouraged her fans and followers to spread the word.

“I hope this finds everyone well. For those of you who have been asking, THIS is what I have been working on… We have rebranded our company and [are] producing music and film content as well as live events. Our first project releases November 13 with several accompanying music videos we created on YouTube and the like. 10 original tunes and 3 covers, I played keys on many and co-wrote a couple of the tunes – one of which I am singing lead on.”

On Twitter, the DOOL alum shared the news about him singing “Under the Mistletoe” on the new Christmas album. He wrote to his followers, “I’m singing a Christmas tune, lots of fun! Check it out here.”

Reckell included a link to Moneymaker’s Facebook post, which gave a lot of exciting details about Blue Aeris and the “Joy” album.

Are you excited that Peter Reckell will be featured singing in the new Christmas album, “Joy”? What do you think of the sample tracks provided by Kelly Moneymaker and Blue Aeris? As always, we will keep you updated on the DOOL alum and his projects.