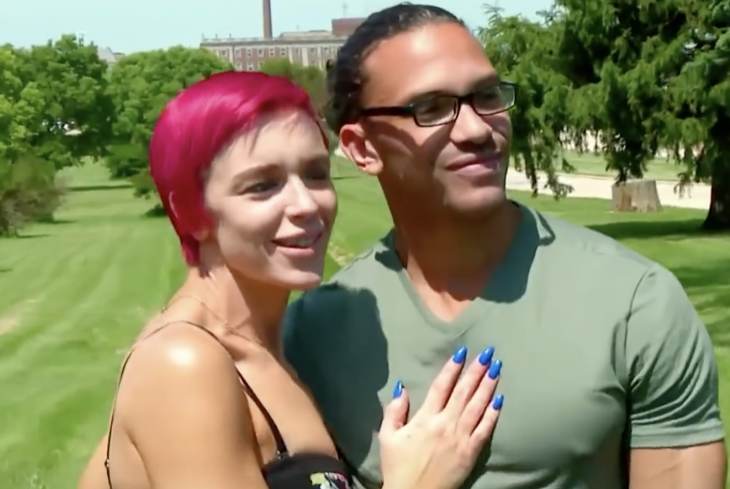 If you haven’t noticed, most of the couples on Love After Lockup have strenuous relationships and one of these couples is Dylan and Heather. The couple has had a lot of ups and downs, but Dylan wanted to tell fans just what was going on with them.

Dylan Tells All to Fans

Of course, fans want to know what is really happening with Dylan and Heather now. Heather’s personality has been all over the place since we first were introduced to her on Love After Lockup. She is a bit overbearing and her mood swings are all over the place. This has caused a lot of tension and other issues between her and Dylan. For five years, they have been together and on the surface, they do seem to be in love and care deeply for one another.

Love After Lockup cast members Dylan and Heather wanted to have a big wedding and show their friends and family that they are still very much in love. This all changed when Dylan was released from prison. In the spoilers for the newest season of Love After Lockup, Dylan tells cameras that he and Heather do not speak anymore. He said that they were together for two days and things didn’t go as they planned.

Dylan Is Back in Chicago

Dylan is back in Chicago and living on his own. He has been very active on social media and has gotten a new job since getting out of prison. This job is working for a company that sells renewable energy items. He works in marketing for them and seems to be pretty successful so far. We are happy that he was able to find work when he got out of prison. It isn’t always easy to do, but it seems like Dylan is highly motivated to get his life back on track.

In the Love After Lockup spoilers for the new season, Dylan also told cameras that he is making a lot more money now than when he sold drugs. He jokes about it a little on camera, but he is working harder than ever to make a living and loves his life outside of prison.

Be sure to tune into the new season of Love After Lockup on Fridays at 9 p.m. EST on Wetv.