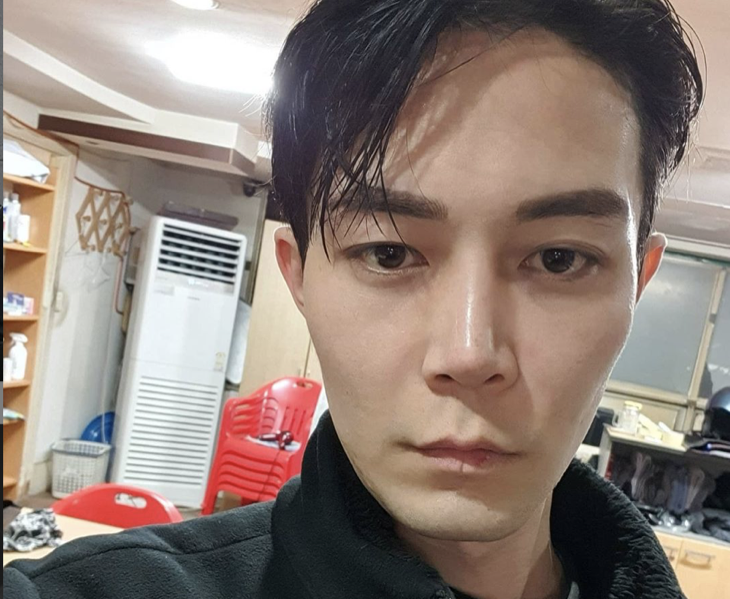 TLC’s “90 Day Fiancé-The Other Way” star Jihoon Lee could be a Korean pop star after his plastic surgeries and surprising singing voice, according to his Instagram fans!

Jihoon Lee Has Been Making Some Major Changes Recently

The chronically underemployed Jihoon Lee must have been squirreling some money away somewhere or is in some more major debt, considering he has had a recent string of plastic surgeries in a quest for self-improvement! Now some of his fans consider him a Korean Karaoke pop star after listening to some of his stories on Instagram!

Fans will recall his ex-wife Deavan Clegg’s claims that she spent nearly $50K on Jihoon during their relationship. She was angered when upon arriving in Korea she found not only had he lied about having had a well-paying job, but also about the massive debt he was in. He admitted he liked part-time jobs better so he could take naps, which really drove Deavan nuts!

That drew many accusations and clap backs on his Instagram, which he then deactivated his account for a short time. However, when the show returned for the second half of this season, fans were relieved to see that he’d gotten some gainful employment amongst a combination of part-time jobs. However, his recent Instagram video of him singing Karaoke has some fans thinking he could be training for a music career and they think he’s quite good at it!

Jihoon’s been on an Instagram posting spree recently, with each post either showing his plastic surgery, or adorable, but heartbreaking photos of Taeyang. It’s really his comments that are heartbreaking, not the photos themselves. Some of his comments included questions of when he would see his son again, and some saw Jihoon’s Instagram Live Karaoke performance as a cry for help! However, when he posted it on IGTV, many fans who saw it there thought he has some serious singing skills, and commented so!

One fan thought he was secretly a trainee for South Korean groups “BTS” or “EXO”. Others encouraged him to pursue a career in singing. One even commented he could be the next K-Pop star! Others took it as a vain attempt at humor, saying the flaunting of his vocal skills were the funniest thing they had never seen! Of course, there are still the detractors, telling him to “get a real job” which pretty much every musician, artist, actor, or writer has heard most of their lives until they become successful and famous!

As far as the plastic surgeries, he’s had a nose job, cheek fillers, and more, including eyebrow tattoos. Some cited his YouTube channel, figuring he wanted to look better for it, and many wanted to know where he got the money to pay for all those plastic surgeries! Some suspect his motives – even accusing him of trying to look like Deavan’s new boyfriend Topher Park!

Stay tuned to TLC’s “90 Day Fiancé-The Other Way” and check here frequently for all the latest news, updates, and gossip about all your fave “90 Day Fiancé” shows, stars, and spinoffs!