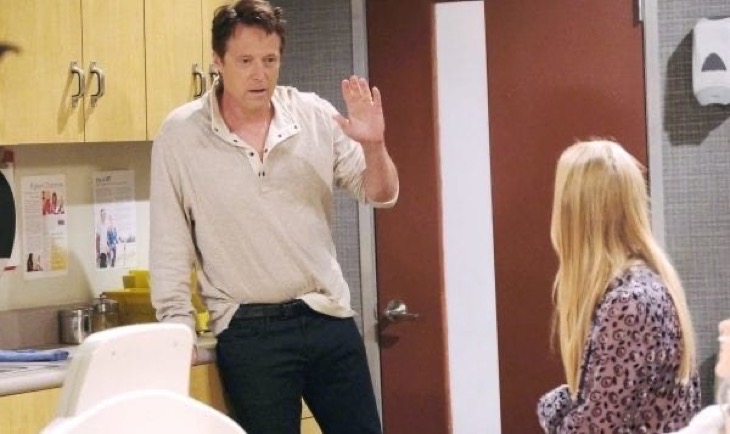 NBC Days of Our Lives (DOOL) spoilers preview for the week of November 9-13 teases that we’ll see some sweet surprises as well as some unpleasant shockers. First, Belle Black (Martha Madison) will catch Shawn Brady (Brandon Beemer) off guard at the Salem PD. They’ll be holding hands in the interrogation room when Belle clears her throat and gets down on one knee.

Shawn will chuckle as he asks what Belle’s doing, but she’ll probably think it’s obvious! Days of Our Lives spoilers say Belle will ask Shawn to marry her again, so he’ll get on board. It won’t be long until Shawn and Belle are planning another wedding, but Jan Spears (Heather Lindell) will make every effort to stop it.

1. Claire Brady Gets Carried Away With Theo Carver

Over with Claire Brady (Isabel Durant), she’ll get carried away during a warm moment with Theo Carver (Cameron Johnson). As Theo and Claire bond over Ciara Brady Weston’s (Victoria Konefal) death, Claire will feel a familiar spark with her ex. The mood will shift as Claire suggests maybe they could give things another try.

Days of Our Lives spoilers say Claire will kiss Theo before planning a new chapter. Claire will feel like Theo could move back to Salem or she could come live with him in South Africa. However, Claire will face some disappointment when Theo admits he’s seeing someone else.

Theo will get Claire talking about Charlie Dale (Mike C. Manning) and the potential of a solid new relationship. Although that’ll be scary for Claire in some ways, Theo will convince her to be courageous and go for it. Sadly, Claire won’t realize that Charlie saw her locking lips with Theo and scampered off to lick his wounds! 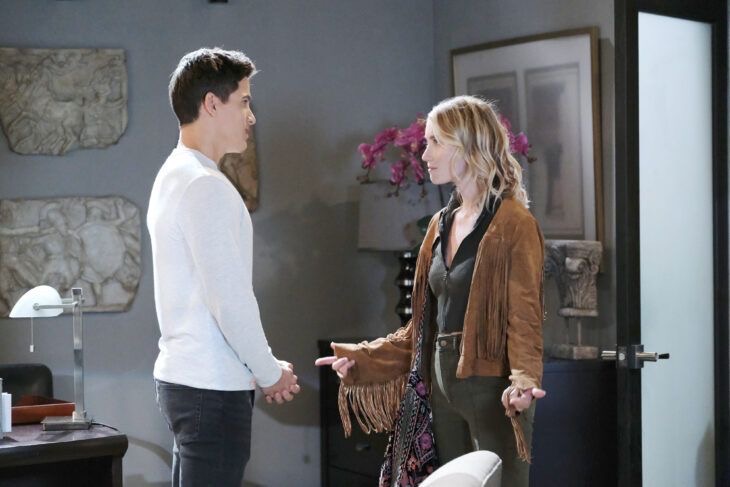 Other Days spoilers say Ava Vitali (Tamara Braun) will return from the dead to shake things up. DOOL fans can expect Ava to be revealed as Philip Kiriakis’ (Jay Kenneth Johnson) secret partner – the one he’s been in cahoots with on a money-laundering scheme.

3. Ava Vitali Returns From The Dead To Shake Things Up

Philip previously assured Ava that he’d get Xander Kiriakis (Paul Telfer) out of the way so their plan could move forward. Unfortunately, Xander’s been more of a nuisance than Philip anticipated. Since this is taking too long, Ava will show up in Salem and insist she’s there to ensure Philip does what she wants.

Philip’s way of doing things isn’t working, so it seems Ava will want him to murder Xander – or at least hold him hostage somewhere. Xander kept the revived captives in their respective rooms at the Nashville warehouse, so Ava probably isn’t too fond of Xander anyway. She’ll want rid of Xander one way or the other, so Philip will have to do what he’s told.

DOOL’s weekly promo shows Philip grabbing a fireplace poker and raising it up to smack Xander in the head. Will Philip be interrupted before he can or actually knock Xander out? Regardless, Xander will be onto Philip and will suspect he knows who Philip’s partner in crime is soon.

As for Allie Horton (Lindsay Arnold), she’ll get a visit from DA Melinda Trask (Tina Huang). Allie can’t file criminal charges in Salem, but Melinda should be willing to help Allie file them in London. Days spoilers say Allie will indeed want Tripp Dalton (Lucas Adams) to pay for raping her, so she’ll prepare to move forward with the process. 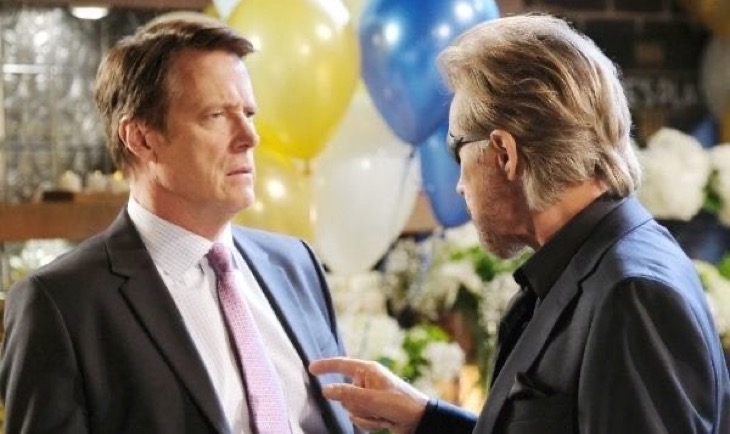 Steve Johnson (Stephen Nichols) will reveal that Allie’s made a decision and will relay her plan to get justice through the court system in London. That’ll leave Tripp ready to beg Allie and hopefully change her mind, but that should be a tough task.

Next, let’s talk about Jennifer Deveraux’s (Cady McClain) outrage. After Jennifer reads Jack Deveraux’s (Matthew Ashford) letter to Kate Roberts (Lauren Koslow), she’ll rant about him sleeping with another woman while she was in a coma. Jack will want a chance to tell Jennifer the whole truth, but nothing he says will help much right now.

As for Abigail DiMera (Marci Miller), Jack will snarl that “this whole damn thing” is her fault. “Are you blaming me?!” Abigail asks in the extended Days of Our Lives preview video. There’ll be some tense moments as Deveraux family drama erupts!

We’ll bring you updates as other Days news comes in. DOOL fans won’t want to miss the wild twists and turns. Stick with the NBC soap and don’t forget to check back often for the latest Days of Our Lives spoilers, news, and updates.