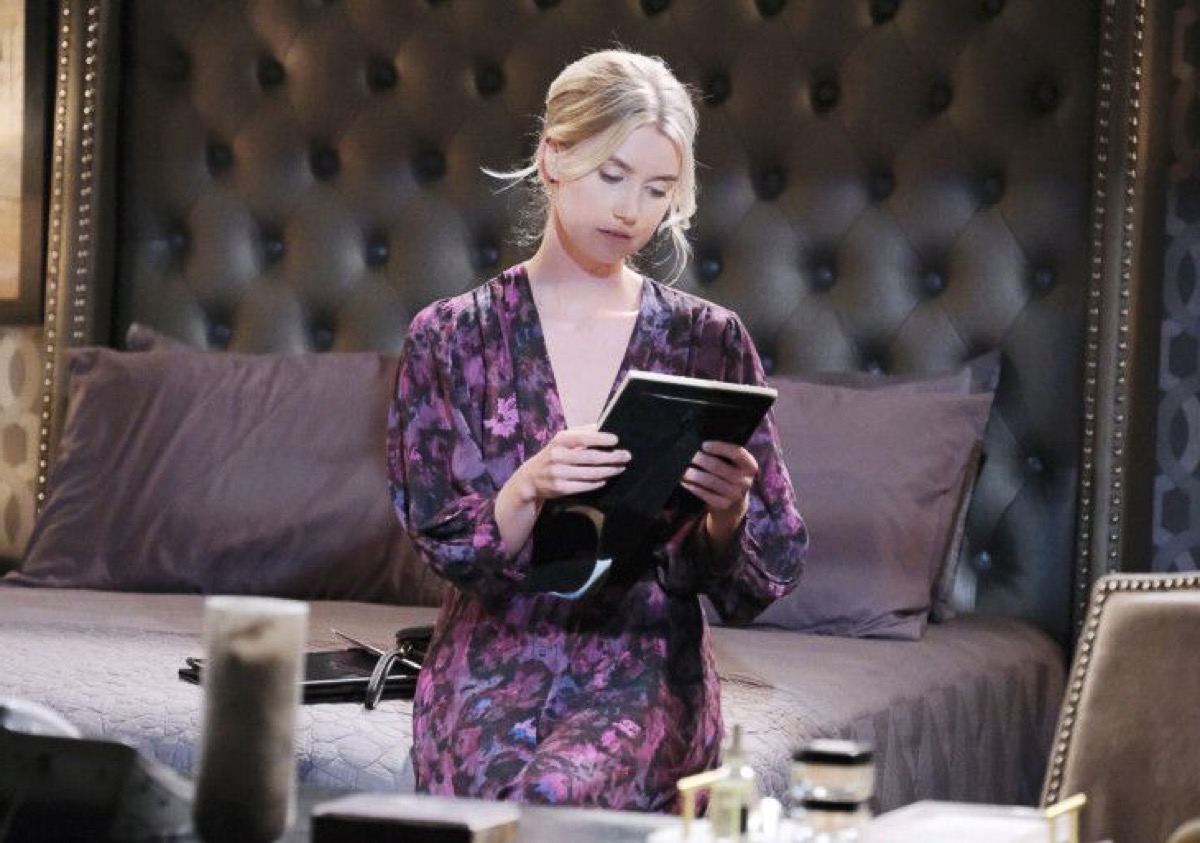 NBC Days of Our Lives spoilers reveal that Claire Brady (Isabel Durant) gets asked out on a date. However, she breaks Charlie Dale’s (Mike C. Manning) heart by saying no. Even though she likes the new Titan intern, she worries that boys make her crazy… literally! She won’t risk a mental health crisis sending her back to Bayview, even if that means staying single forever.

DOOL spoilers reveal that Claire and Ciara Brady Weston (Victoria Konefal) always competed with one another. As they got older, the battles got more intense and began to include boys and modeling contests. In fact, around the time that the Brady cousins started going after the same guy is when Claire became mentally unstable. Love wasn’t the only trigger and certainly didn’t cause Claire’s mental instability.

According to the new issue of Soap Opera Digest, Claire will get asked out on a date. Of course, it is the new Titan intern that she has been spending time with. She definitely is interested in Charlie. She also feels that there is a connection between them, although she can’t quite explain it. Actress Isabel Durant told Soap Opera Digest,

“She feels a very strong connection to Charlie. There’s something really pure and a raw chemistry between them that is quite startling for her.” 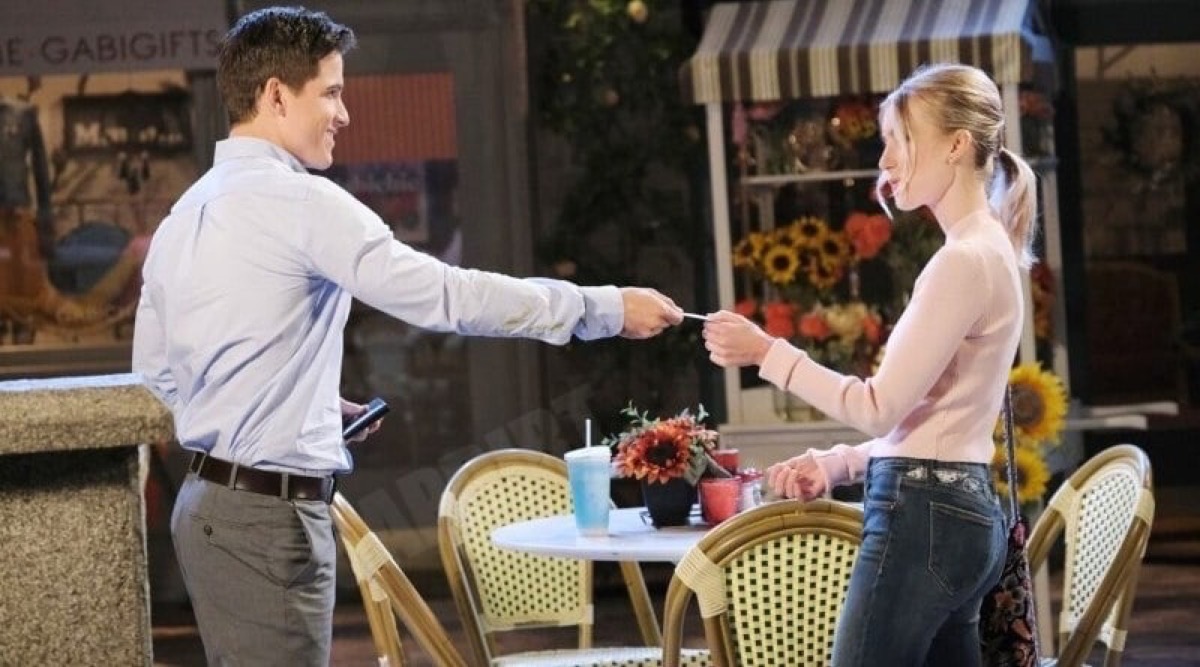 Days of Our Lives spoilers reveal that as much as she likes Charlie, she can’t say yes. At least, she won’t be agreeing to any romance right now. She is worried that she could become unstable again and knows matters of the heart are a huge trigger. Basically, Claire is terrified that boys literally drive her crazy.

Or maybe it’s not the boys, but how passionately she loves them.Days of Our Lives spoilers reveal that Claire Brady (Isabel Durant) gets asked out on a date. However, she breaks Charlie Dale’s (Mike C. Manning) heart by saying no. Even though she likes the new Titan intern, she worries that boys make her crazy… literally! She won’t risk a mental health crisis sending her back to Bayview, even if that means staying single forever. 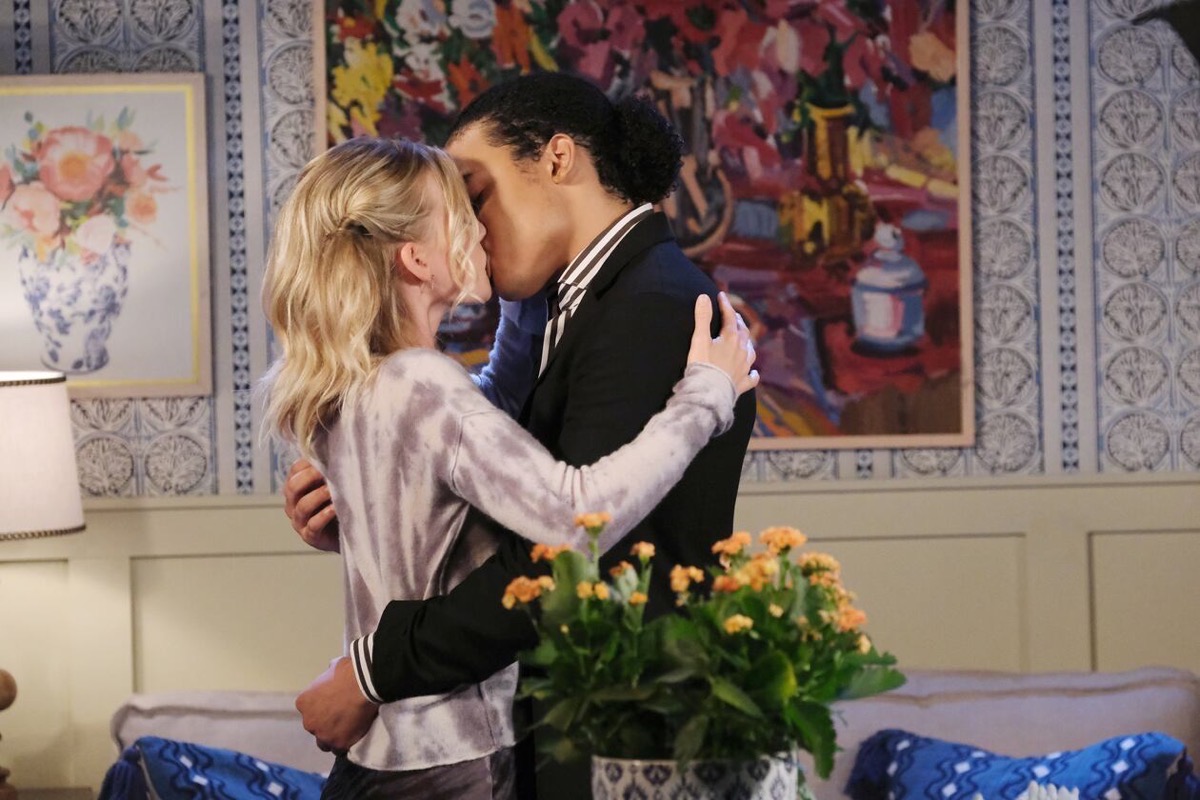 However, the situation with Charlie gets a bit more complicated. He might have understood her hesitation and fears, but then she turns around and makes out with another man! Now, Claire’s mental struggles mean that she had to learn how to love in a healthy way, as well as how to cope with rejection. But it seems she has some other issues, including determining if she is feeling love or if it’s something else, like compassion and vulnerability.

So, when Claire and Theo Carver (Cameron Johnson) meet up, they start talking about Ciara. They both grew up with the spunky spitfire and were close to her. So, they bond over sharing special moments with Ciara, as well as mourning her tragic death. Then, Claire impulsively kisses Theo but instantly regrets it. Being vulnerable and having compassion is what was really going on, but for a split second, it was mistaken for love.

However, Theo and Claire’s kiss isn’t just between them. The man she rejected because of her “crazy in love” fear just happened to witness the whole thing. It is stated that Charlie is “crushed” and now Claire has to find a way to fix it.

’90 Day Fiancé’ Spoilers: Sumit And Jenny Plan Their Engagement Party, But They Hit A Major Snag