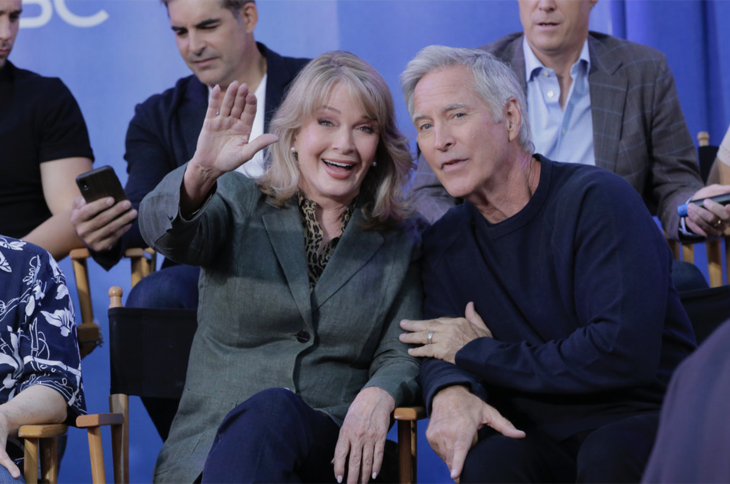 NBC Days of Our Lives spoilers reveal that we are coming up on the 55th anniversary of the NBC soap opera. Each year, there is a special event called “Day of Days.” It is a really exciting opportunity for fans to meet the cast, get sneak peeks at future stories and much more. This year, DOOL fans get home delivery! Details of the upcoming virtual event have been released.

About The Day of Days Annual Event

Each year, fans and soap sites get hyped up to celebrate the soap’s anniversary. It is typically held in November at Universal Citywalk in California. All day long, there are fun and exciting festivities and events. Several stars attend, with many doing a meet and greet with fans. At the end of the event, there is usually a big preview of what is coming up in fall and winter. It is known for being filled with tons of juicy spoilers.

This year, COVID-19 has changed a lot of things. While our favorite stars are still filming new episodes, there is a concern of large groups of people gathering together. Since the pandemic still seems to be an issue in some areas of the country, including Californina, it will be a virtual at-home event in 2020. 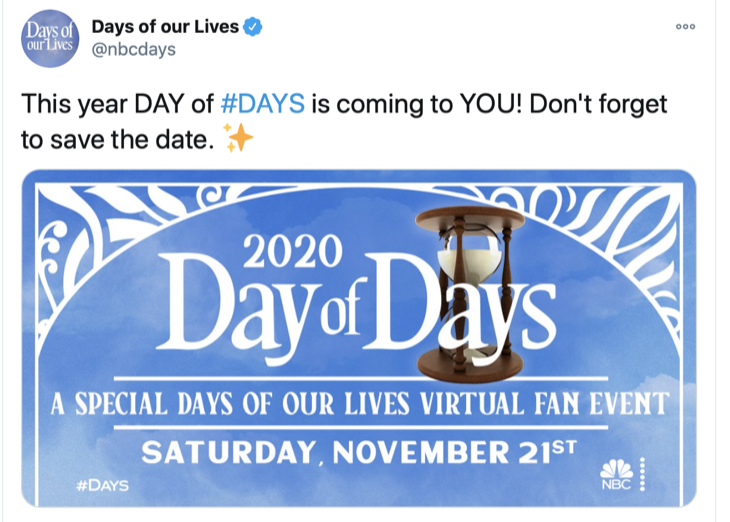 According to the official Facebook page for Days of Our Lives, the anniversary will be done virtually, which means the stars are coming to you! It will be held on Saturday, November 21 and begins at 10 am. It is expected to last until 5 pm, if they follow the same time span as the in-person anniversary events.

There will be Q&A panel sessions, quizzes, trivia challenges and you will be taken on a behind-the-scenes tour of the set. Plus, fans will get an exclusive peek of Salem 2020. There will be “at-home” content with the soap stars and much more.