CBS Celebrity Big Brother spoilers indicate the news that Celebrity Big Brother is a go for next season and could be on the air was soon as early 2021. This is according to our CBS insider who spills that the network is determined to find a way to roll out the show sooner rather than later.

CBS was able to work around the pandemic for CBB Season 2 and Big Brother Season 22 and our inside source reported that the network is intent on keeping the gravy train rolling and already considering potential houseguests for Celebrity Big Brother Season 3.

Our insider claims that Jeff Probst’s Survivor is dead in the water as of right now and that time slot is available for CBB. The set for CBB is set and ready to go so it is a no-brainer to use it to fill the time slot.

Our source is reporting that the network would be able to begin filming after the holidays at the earliest. 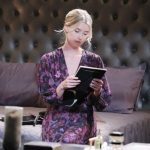 Big Brother All-Stars Was A Bust

Big Brother 22 debuted in August despite BB21 having the lowest ratings in the show’s history. Fans were excited however but following a delayed start and a shortened season, the show was over in October. After being disappointed with BB22 fans had high hopes that Celebrity Big Brother would fill the void.

When the All-Stars were announced fans were initially happy, then not so much. The Big Brother All-stars cast was not all that All Star in their opinion.

Fans were disenchanted as the show rolled on as most of the players were financially stable and didn’t need the cash so the drama and back biting was gone. Fans were not treated to the usual level of sniping and backstabbing and now are turning their attention to what they hope is a more lively Celebrity Big Brother.

So who will be cast? According to our source, there are some exciting names on the horizon for CBB Season 3. That doesn’t mean that they will land these stars however, but one can dream, right?

The rumor is that the names being tossed around include a celebrity chef and a Real Housewife. Could controversial Carole Baskin be in the conversation? She was just eliminated on Dancing With The Stars, and brought the headlines so that’s a definite maybe. Along those same lines the network could be eyeing other Tiger King cast members include Doc Antle, John Finlay, and Dillon Passage.

Days of Our Lives Comings and Goings Spoilers: A Witchy DOOL Return, Plus A Bizarre Exit