Days of Our Lives Spoilers: Ben Takes Vincent To The Airstrip, Forces The Truth About Ciara Out Of Him 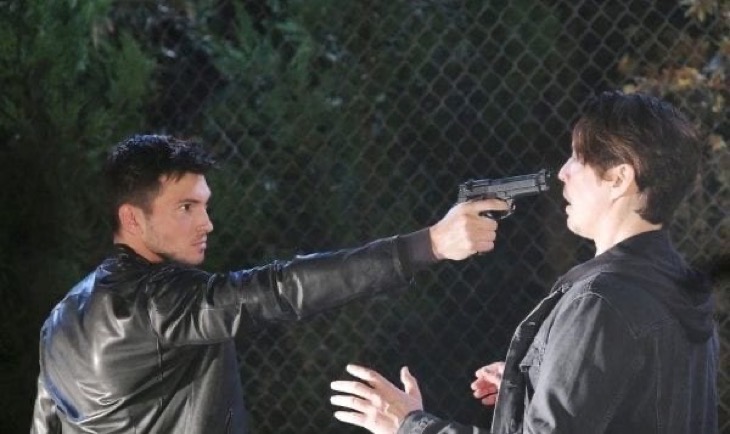 NBC Days of Our Lives spoilers and updates tease that in Salem Ben Weston (Robert Scott Wilson) will take Vincent Belman (Michael Teh) to the airstrip where Ciara Weston (Victoria Konefal) was last seen alive, and force the truth out of him at gunpoint!

DOOL Updates Ben Has Gone Off The Deepest Of Deep Ends

Days of Our Lives viewers will recall that Ben has gone off the deepest of deep ends, after losing Ciara. He, like Hope Brady (Kristian Alfonso) who left town to search for her, not being able to accept her death will stop at nothing to either prove she is dead or continue to hold out hope of her survival. He injured Detective Eli Grant (Lamon Archey) as he took Belman into his own kind of “custody”, which will ultimately cause him to be put in jail!

Ben made excuses to Claire Brady (Olivia Durant) about not coming to the memorial service for Ciara. Since there was nobody, all there could be was a memorial service. The fact of there being nobody, in spite of finding Ciara’s rings and a bullet casing still gave Ben and Hope both the tiniest glimmer of hope that she may have survived. Meanwhile, DOOL Ben is at the end of his rope and would rather have Vincent hanging from the end of one, but for now, going after him with his own gun will suffice! It appears that Ben takes Vincent to the Salem Airstrip, where Ciara was last known to be alive and where his car exploded after he got out and ran! 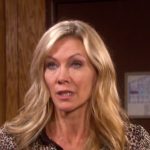 Ben holds Belman’s own gun on him as he is backed up against the wall of a building at the Salem Airstrip. Ben has the gun trained on his head, and about a foot away. Should he try to run, his head will explode from the deadly bullet as surely as his car exploded and Ben makes that fact abundantly clear to the deranged kidnapper.

But Belman will not tell Ben the truth he wants to hear – and it’s not certain that Belman will lead him to Ciara’s body, either. Viewers will recall that shortly before Shawn Brady (Brandon Beemer) and Hope arrived, followed by Ben, Ciara had gotten out of the car and tried to get the gate open to the airstrip because it had been chained locked. There was some discussion about Ciara’s ring because when Vincent saw it he realized she wasn’t Wendy Taylor (Denice Duff) his fiancée after all as he had hallucinated!

Days Of Our Lives spoilers reveal Ciara had stabbed him with his own syringe previously, in an effort to get away from him. There was just the tiniest chance that she took off her rings to buy time or to leave a clue of her survival. That is what Hope was banking on as well as Ben. But Ben does not hear from Vincent what he hopes to – and Vincent convinces him that he really did kill Ciara, and she is dead. Whether a body is recovered is doubtful!