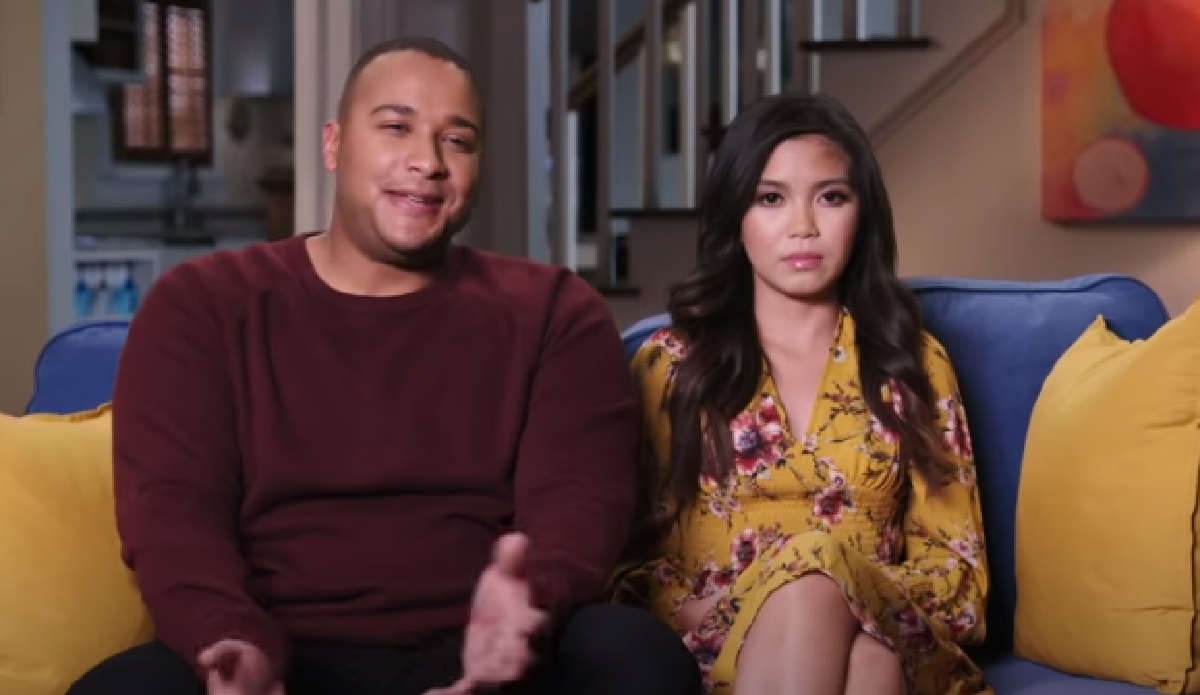 The Family Chantel spoilers tease that there are two new cast members on Season 2 of the hit TLC 90 Day Fiance spinoff. A revealing preview video shows some scintillating moments from the episode in which Chantel’s brother Royal and his wife Angenette are introduced and not everyone is thrilled with the new pair!

The Family Chantel video shows the new couple, Royal and Angenette sitting together on a couch as they introduce themselves. Royal appears to be much more at ease than his wife.

For her part, Angenette’s posture is somewhat stiff, definitely prim and proper, and her words are clipped and crisp. Of course she was no doubt nervous and she will probably relax as the show goes on. When Royal describes her as his beautiful wife, the anxious lady giggles nervously and fidgets with her hair.

Later when Royal says, “Angenette is the best woman that I’ve met,” she erupts in giggles again and offered her fist for a fist bump. 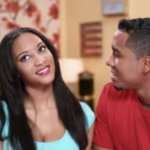 Royal goes on to say that he was previously in Texas for school and that he is a surgical technologist. The couple are then welcomed with a friendly party and the family mix and mingle. Except that Pedro wants to grill the couple about how they met, and Royal shuts him down by saying, we’ll get to that later. The look on Pedro’s face shows that he definitely is not pleased by the snub!

Pedro was not welcomed very warmly according to him, and he is displeased that everyone seems to be welcoming Angenette with open arms.

According to Chantel there was a reason they treated Angenette with kid gloves: “They were trying to tread lightly with this since they know how it turned out with Pedro in the past. They weren’t trying to make the same mistake twice. I think that that’s one of the reasons that Pedro saw a difference in the way they treated Angenette versus him when he first got here.”

The Family Chantel: Is Angenette The Real Deal?

Based on what we’ve seen so far, The Family Chantel Season 2 will be a live wire, with simmering family resentments and newbies who are nervous and eager to please!

How will Pedro interact with someone who he sees as being given an unfair advantage over him? And will Angenette turn out to be as sweet and lovely as she appears in her intro?