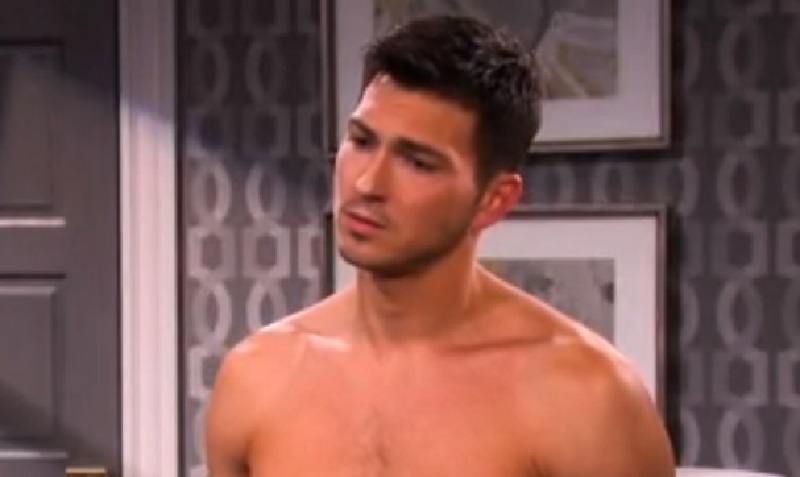 NBC Days of Our Lives (DOOL) spoilers tease that in Salem Ben Weston (Robert Scott Wilson) is plotting Vincent Belman’s (Michael Teh) murder as he has a vision of his bride, Ciara Brady Weston (Victoria Konefal)!

Viewers will recall that Ben stole Vincent’s gun in its evidence bag earlier. In last Wednesday’s Days of Our Lives episode, not wanting to believe his bride is really dead, he pulled it out of the bag. Now he sees Ciara in a dream – or perhaps in a hallucination – and he plots his murder. Ben is now hell-bent on revenge, even though in his best self he knows that Ciara would not want that.

Ben is a mixture of denial, grief, rage, and revenge as he still tries to process that she must really be dead. He told Claire Brady (Isabel Durant) that she should cancel all plans for a memorial for Ciara, because he refused to believe that she was dead. But now, after seeing the melted bullet casing in the evidence, it’s different. 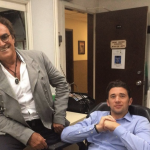 Now Ben is to a point where he feels he has nothing to lose because he has nothing to live for, and that makes him very, very, dangerous. It makes him particularly dangerous for Vincent! In the back of his mind, he may still cling to a small sliver of hope that Ciara may still be alive, but now even Hope Brady (Kristian Alfonso) has had to accept that she is not. That fact has caused Ben to spiral downwards!

DOOL Soap Spoilers: Vincent Is In Custody – How Will Ben Get To Him?

Vincent is now in custody, having been placed in a holding cell at the Salem Police Department. Ben must figure out how he is going to get in to see him – he can’t kill him if he can’t get access to him. Ben doesn’t care if he is arrested on the spot. He has nothing to lose or to live for without Ciara!

The wheels of justice move slowly in Salem on Days of Our Lives unless you’re Kristen DiMera (Stacy Haiduk) who District Attorney Melinda Trask (Tina Huang) has put to the top of her list for prosecution. So chances are unless they decide to do another short time jump to show he was convicted and in prison, he’s still in jail. With everyone distracted with Kristen and trying to figure out if Tripp Dalton (Lucas Adams) can be prosecuted for Allie Horton’s (Lindsay Arnold) rape, he figures he can get past any already overwhelmed guards and do the deed.

Days of Our Lives Spoilers: Salem Blacks Out!

But then, there’s a complication – Salem loses power, right when Ben sees what he thinks must be Ciara’s ghost! Will she try to talk him out of his revenge plot or give him the motivation to try and find her alive? Likely, he will still be torn between believing she is alive or avenging her death!

Days Of Our Lives Spoilers: Galen Gering Told Things Changed, Why He Agreed To Return