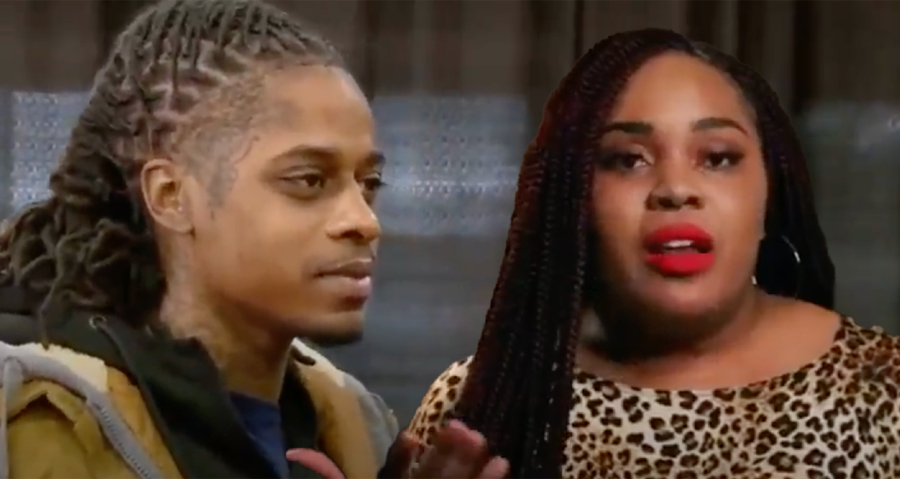 Tonight’s episode is going to be great and you won’t want to miss it, so be sure to tune in for our Love After recap between 9 PM – 10 PM ET!  While you wait for the recap make sure to check out all our Love After Lockup recaps, news, spoilers & more, right here!

Shawn was unable to reach his girlfriend over the phone. He thought she was still angry at him and he didn’t know what she would do out of anger. She’s already punched him. Physical violence doesn’t seem to faze her and so that made Shawn genuinely scared. His worst fear is that she would run off if she was that angry. Shawn couldn’t really afford for her to leave. She has court in a week and she needed to make it or else he’s on the hook for thousands of dollars if Destinie does a runner. Shawn put up the money for her bond. He put up five thousand dollars and he would be losing fifty thousand dollars if she doesn’t show.

Shawn was so scared of what Destinie might have done that he went back to the house. He called out her name and he had to go look for her in the house, but luckily he found her in the jacuzzi. She was taking a break. Taking a break from what is still unclear. She just needed to relax and it seems she was more forgiving once she was in the hot tub. Destinie had originally been angry with Shawn when she found he was still talking to his ex. She got really upset and a whole bunch of things came out that she was unhappy about. Like how he lied about his age. He even lied about how many kids he has and so Destinie brought that stuff up again. 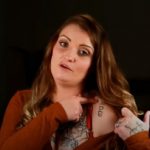 She threw these accusations at him to remind him that one thing she couldn’t forgive is a liar. So far, Shawn has lied about almost everything and Destinie only forgave him tonight because he climbed into the hot tub with her. Shawn says he loves his love. He wants to make a relationship between them work in spite of the many warning signs and so he gets what he gets and he can’t be upset. He and Destinie are back on the same page. They’re happy again and he knew he was still lying to her. He told her that call from Kelly had been nothing. He failed to mention that he speaks with his ex-girlfriend/baby mama every day. And so eventually Destinie was going to find out.

Things took a turn for Quaylon and Shavel as well. The couple was arguing over Quaylon wanting to visit his family in Houston. He was in prison for twelve years and he really went in as a boy. He’s a man now. He wants to be with his girlfriend Shavel who he met while he was in prison and he thinks she should trust him when he tells her he wants to visit his family. He doesn’t give her a timeframe. He tells her he’ll be back when he comes back and he doesn’t see how that would make Shavel nervous. She wants dates. She wants to hear he’ll be gone a week and will come back. And Quaylon is not giving her that reassurance because he was like she should trust him at his word.

It wasn’t easy dating a former convict. There were trust issues and there were other issues like possessiveness. Heather was guilty of that. Heather met her fiancé Dylan a few weeks before he went to prison and they continued their relationship while he was behind bars. Heather waited for him. She couldn’t wait for him to get out because she wanted him to herself and so the reality of their reunion wasn’t living up to the fantasy. Heather wanted to have sex with him right away. They couldn’t go back to her apartment because she was flooded out and she had to move in with her Aunt Diane. And they couldn’t have sex in one room while her Aunt Diane was sitting outside.

Heather also got jealous really quickly about having to share Dylan’s time with someone else. She resented that her aunt was asking him questions and getting to know him. Heather basically demand they leave her aunt’s place because she wanted his attention back on her. So, they left. They went driving looking for a place to have sex and they got a call from Aunt Diane. She said Dylan’s probation officer called. They called looking for Dylan and so Dylan needed to be where he said he was going to be. He had put down Aunt Diane’s house for where he was going to spend his parole and that he meant he needed to go back to the house.

Heather resented having to turn back. She didn’t want to listen to reason or to Dylan for that matter. Dylan was telling her that he didn’t want to go back to prison on his first day out and that he would have liked to have sex. Only there were more important things at play here. Dylan must have been saying too much for Heather because she started to flip him off while they were in the car together and she didn’t want him to talk at all. Heather was upset with him. She was looking to start some drama in the car and he was begging her to stop it. They needed to focus on getting him back to Aunt Diane’s.

Dylan was one of the lucky ones. He didn’t have to go back to court or face an ankle monitor. Lindsay has to wear one of those. She also wasn’t getting a reception at the house she now shares with her boyfriend Scott and so she had to go outside and walk into a circle until her monitor picks up her location. The monitor also played havoc on her sex life. She climbed into the bathtub one night ready to finally have sex with her boyfriend and the ankle monitor went off because she needed to charge it. Lindsay and Scott had to give up on bathtub sex and they instead settled for sex by the charger just so that she didn’t risk getting thrown back into jail.

Destinie had to go back to court. She and Shawn later took a flight to be where she needed to be and that very same day she went out with her sister. Destinie went out that night with her sister. She asked her sister if there were any casinos nearby and she was told a small one is close by. They ended up going to the casino. Destinie couldn’t wait to drink and gamble and Shawn was left worrying at home. Shawn hadn’t wanted her to go out. He thought that was a bad idea right before trial and with everything she told him. She told him the local cops recognize her now. She even said the cops might try to mess with her because they’ve locked away her friends. And that’s the friends that weren’t killed because of drugs.

Kristianna has had issues with drugs as well. She’s doing better now. She’s trying to be good and it doesn’t help that she and her husband were busted over lunch by a halfway house employee. This employee found her and they brought her back to the halfway house. They also removed John’s name from the visitor’s log. He now no longer has the privilege to visit her at the halfway house and so their marriage continues to go unconsummated. They now stay in touch over the phone. John also hides money for her to find on her way to work and so his friends told him that might not be a great idea. Kristi is still in recovery. She really doesn’t need cash she can use to buy drugs lying around and so John’s friends helped him to see he made a mistake.

And Lindsay got into some trouble when Scott took a passage she read from a book and copied down as something pertaining to him.

So, now Scott’s upset because he thinks Lindsay was only using him.