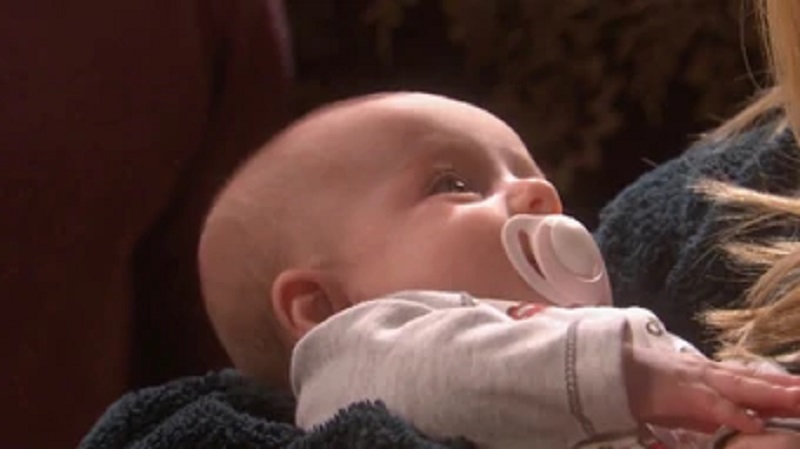 NBC Days of Our Lives (DOOL) spoilers reveal that Allie Horton (Lindsay Arnold) and Nicole Walker Brady (Arianne Zucker) will be in a panic in two weeks. Not only are they dealing with a Salem city-wide blackout, but baby Henry Horton (Jayna and Kinsley Fox) is kidnapped! Who takes the little boy and why? Keep reading to find out the most likely theories.

DOOL spoilers reveal that during the week of October 26, Allie and Nicole will be like every other person in the city of Salem and try to deal with the lights going out all across town. They likely have no idea that it’s not a power outage and there are multiple villains responsible. However, they will find out soon enough. While all that is going on, Allie and Nicole will be frantic. They discover that baby Henry is missing, Celeb Dirty Laundry reports. 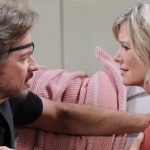 It has already been confirmed that Ava Vitali (Tamara Braun) is returning this fall, which means she will pop up alive. She could very well be responsible for Henry’s abduction. If Tripp Dalton (Lucas Adams) is the biological father, she might take the child because she wants access to her grandchild. Or, this could be about forcing Allie to recant her claim that Tripp raped her.

Of course, it might all boil down to Ava’s obsession with getting a baby, especially with her history of what happened when Tripp was born.

Days of Our Lives spoilers reveal that Tripp is getting desperate. He is getting beaten up, threatened and his life is on the line from every direction. It all stems from Allie’s allegation. He already crossed the line by confronting her after he left the police station. Perhaps he will go a step further by kidnapping Henry. He might hold the baby hostage and demand that Allie tell the truth about their London encounter.

Lucas isn’t the kidnapping type, but he is really being put under pressure. It just might cause him to snap.

Days of Our Lives Spoilers: Charlie Dale and Other Suspects

There is speculation that Charlie Dale (Mike C. Manning) might be the man who really raped Allie. If so, then Henry could be his child. So, he is a possibility. Plus, there is the return of Clyde Weston (James Read) and Orpheus (George DelHoyo), who have both kidnapped children in the past.

Be sure to catch up on everything happening with DOOL right now. Come back here often for Days of Our Lives spoilers, comings and goings news and soap opera updates.