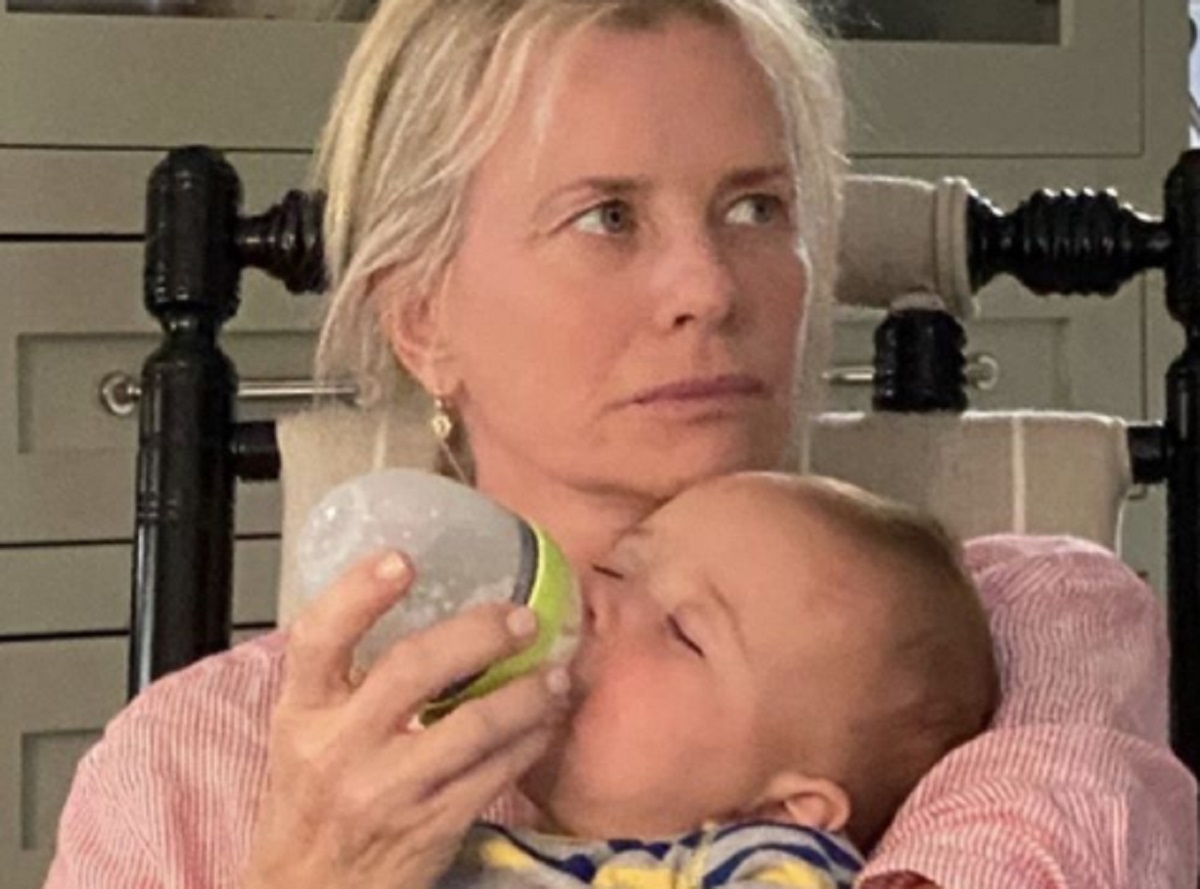 Days of our Lives spoilers & news reveal that Mary Beth Evans (Kayla Brady) is delighted with her grandma status and she’s been sharing adorable pics of her grandchildren on her socials. In addition to her long running DOOL role, Evans starred on As the World Turns as Sierra Esteban Drake and on Port Charles and General Hospital as Katherine Bell.

Evans posted a pic of her grandson Luca and their dog Berkeley to her Instagram with the caption, “Best Friends #❤️.”

The pair are sitting side by side on the floor and Luca’s chubbiness and Berkeley’s sweet gaze make for a precious photo op.

Evans announced Lucas’s birth on February 14. He is the son of son her daughter Katie and her husband. The Insta pic Evans posted shows her beaming as Katie held baby Luca and the child’s dad leaned in to kiss his son with the caption, “The absolute beauty of #thecircleoflife #❤️💕#Babyluca.”

Her most recent Instagram video seems to show her husband tickling Luca who appears to love the attention.

Days of Our Lives’ Evans and her husband Michael Schwartz have three children, Danny, Katie and Matthew. They also have two other grandchildren, Henry and Alice.

Days of our Lives Spoilers – What’s Next For Kayla Brady On DOOL?

Evans debuted as Kayla Brady on the NBC soap back in 1986. Right now Kayla and her husband Patch Johnson (Stephen Nichols) are confronting a harsh storyline involving his son Tripp Dalton (Lucas Adams).

Tripp has returned to town to finish medical school but finds himself accused of rape by Allie Horton (Lindsay Arnold). Allie just had a baby which she claims is Tripp’s, following their meet up in London when neither knew who the other one was.

After a long day this always brightens the night… #familylove

The allegation rips the town into factions, with Steve believing his son who says that he and Allie never had sex. Kayla isn’t so sure and as a result they are at odds right after finding their way back to each other. Will this be the end of Stayla (again)?

To be honest it doesn’t look good DOOL fans. As if the accusation against Tripp isn’t damaging enough, his presumed dead mom, Ava Vitali (Tamara Braun) is returning to town and no doubt her appearance will roil Stayla even more.

Be sure to catch up on everything happening with DOOL right now. Come back here often for Days of our Lives spoilers, comings & goings news, and more soap opera updates.