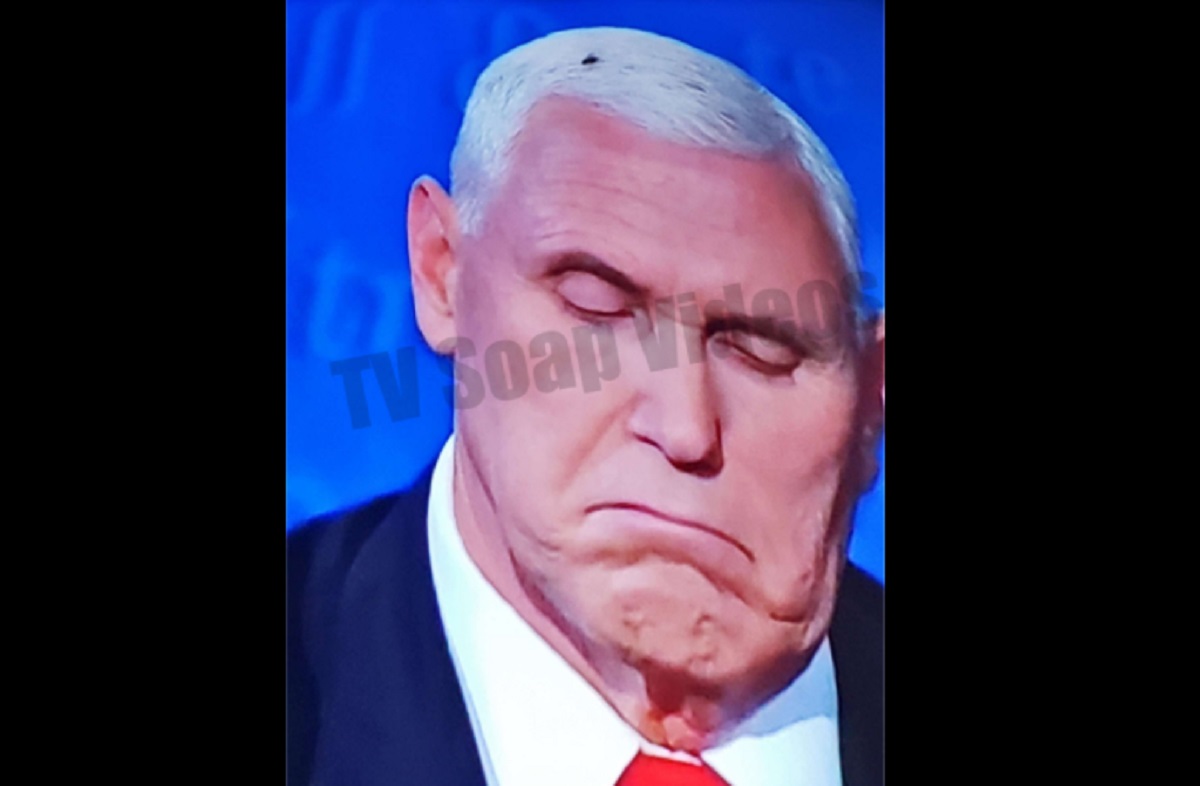 The Vice Presidential Debate aired on Wednesday October 7, 2020, and Mike Pence and Kamala Harris faced off.  After Donald Trump and Joe Biden’s wild debate last week, Pence and Harris offered a rather watered down battle, but still reiterated what the President and Presidential hopeful had to say.

Mike Pence was much more composed than Donald Trump was last week, and the Vice Presidential Debate was way more professional than Biden and Trump’s confusing melee of words.

Despite the fact that Mike Pence couldn’t seem to stop talking after his time was up, Kamala Harris held it together.  In fact you have to give her props for not laughing hysterically when Mike Pence spoke for several minutes with a fly on his head, apparently oblivious to his little flying friend hanging on to his white hair for dear life.

It’s been a long week of political craziness, Donald Trump and Joe Biden’s debate launched an all out war between their respective parties on social media and in the news.  Then, while we were all trying to wrap our heads around everything Trump and Biden did and had to say, the President tested positive for COVID-19, along with half of the members of his party that were with him that night.

But, just when we were all about to doze off during the Vice Presidential Debate tonight, a fly looking for a snack made a home on Mike Pence’s head on live television.  The hilarious part, he had no idea and Kamala Harris clearly saw it like everyone at home and was smirking like a jack-o-lantern.

What’s a girl to do though?  Was Kamala Harris supposed to interrupt him from one of his lengthy talking points to tell him there was a fly on his head?  Did, you see Mike Pence’s pet fly tonight?  Share your thoughts in the comments below.