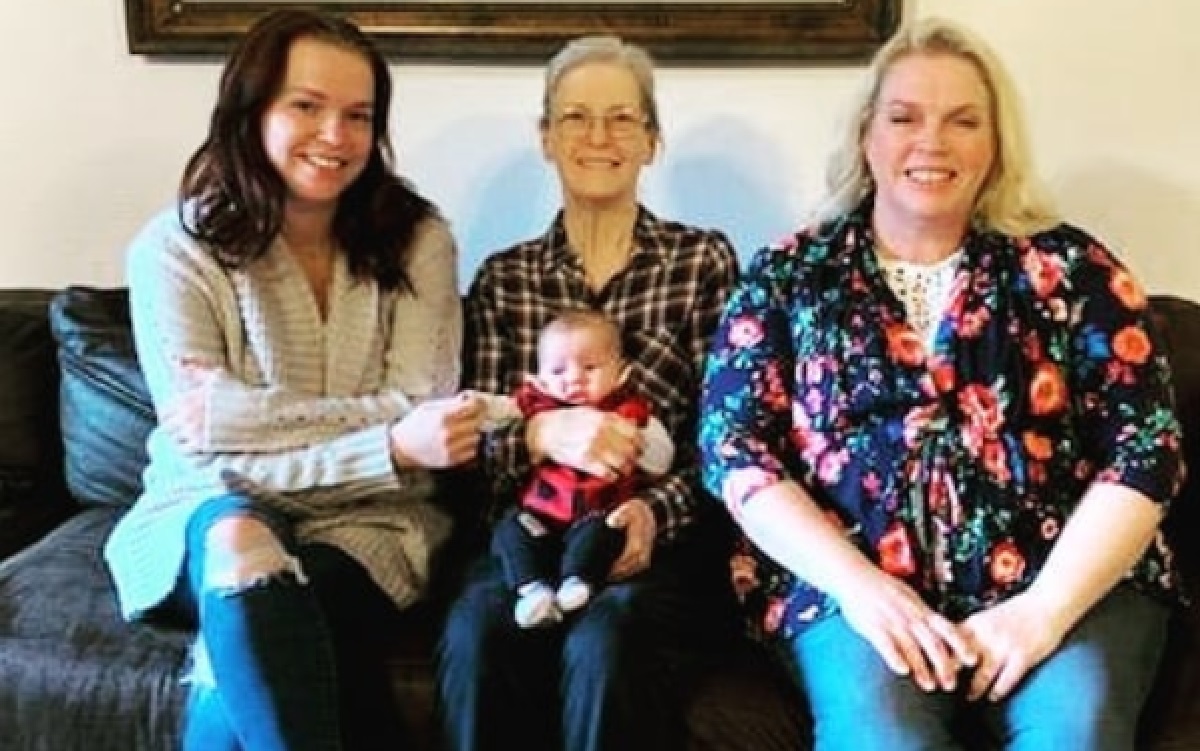 Sister Wives fans are happy to hear that Evie Brush’s surgeries were successful. Kody and Janelle’s daughter Maddie Brown Brush wanted to give fans more of an idea of how she was doing and how her recovery is going. Sister Wives cast member Maddie has been very open about Evie’s health and fans of Sister Wives are hopeful that she will bounce back from these surgeries.

For fans of Sister Wives, we have been keeping up with Maddie’s updates on her young daughter, Evie’s health. When Janelle Brown’s granddaughter was born, she was diagnosed with oligodactyly, which is a congenital anomaly. This means that she was born with less than five fingers or toes. Maddie told fans, “I was stressing out the whole time. It was mixed emotions because I’m like, ‘I’ll take less than 10 fingers’, but also nobody wants to hear that their daughter is going to be born without all of her fingers.” 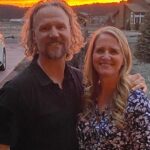 Sister Wives’ Maddie Brown Brush did say that she felt that she did something wrong during her pregnancy that may have caused this, but this is an extremely rare disorder and is it genetic, so fans continued to praise her saying that she did it all right and no one could have predicted this. Doctors have no clue what caused this to happen to baby Evie.

Maddie and her husband, Caleb Brush, wanted to wait to have surgeries until Evie was at least a year old. They knew that she needed some time for her body to grow and to see if anything changed while she was growing. Evie had her first surgery last week and Maddie posted an update on social media. She recently posted another update about her condition. 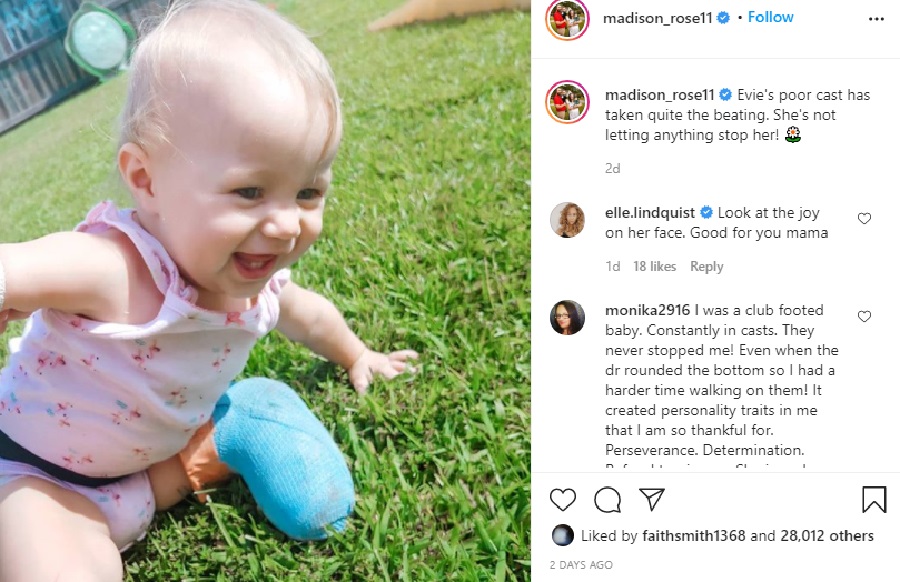 Maddie posted a new photo of Evie and she is playing in the grass. She is smiling and looks extremely happy. She captioned it, “Evie’s poor cast has taken quite the beating. She’s not letting anything stop her!” Her fans quickly replied. One wrote, “I was a club footed baby. Constantly in casts. They never stopped me! Even when the doctor rounded the bottom so I had a harder time walking on them! Determination! Refusal to give up. She is such a doll!”

We are so glad to see that Evie is doing well and we hope that her body heals quickly. You can check Maddie’s updates on Instagram, where she posts fairly regularly.