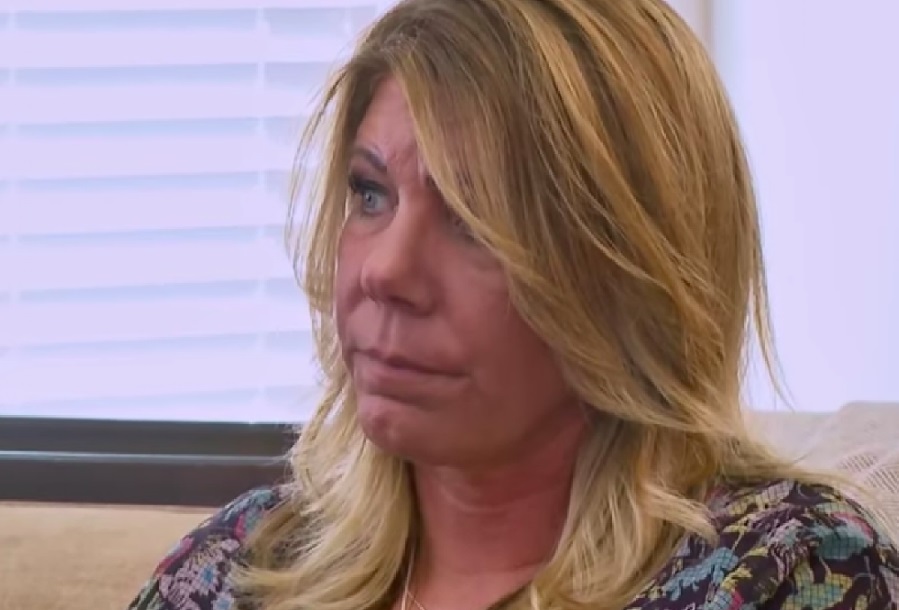 Sister Wives spoilers say Meri Brown has been sending a lot of messages during the past year. Sometimes, they are quotes she posts to social media. Other times, it’s less about what Meri says and more about the non-verbal messages.

Recently, Sister Wives’ Meri Brown sparked debate once again by wearing a t-shirt that said, “only kinda care” and some wonder if it was directed at her ex.

On Meri’s LulaRoe Facebook page, she posted a picture of herself wearing a t-shirt with a bold statement. It read, “Only kinda care.” 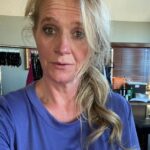 While it just might be a fun tee to wear (I personally have several with snarky statements!), some fans are wondering if she chose that specific shirt to post for a reason. The occasion for the photo upload was a Facebook Live announcing partnering with a company.

The Hollywood Gossip analyzed the t-shirt and the message it conveyed, along with many fans. It wasn’t just the words on the shirt that they took into consideration, though. The publication noted that it was in a grenade green shade and she is looking pretty darn happy in the picture.

Plus, it was photographed so all the words could be clearly read. For those that follow Meri Brown on social media, sometimes it’s hard to tell what a particular shirt says because of the angle. Not this time!

TLC Sister Wives: All the Signs

This t-shirt isn’t the only sign that Meri “only kinda cares” and is focused on her own life. She hasn’t been wearing her wedding ring, didn’t acknowledge her wedding anniversary and on Father’s Day, she talked about her dad, but not the father of her child. Plus, Kody Brown and his other wives, Robyn, Janelle and Christine have a lot of crazy drama going on. 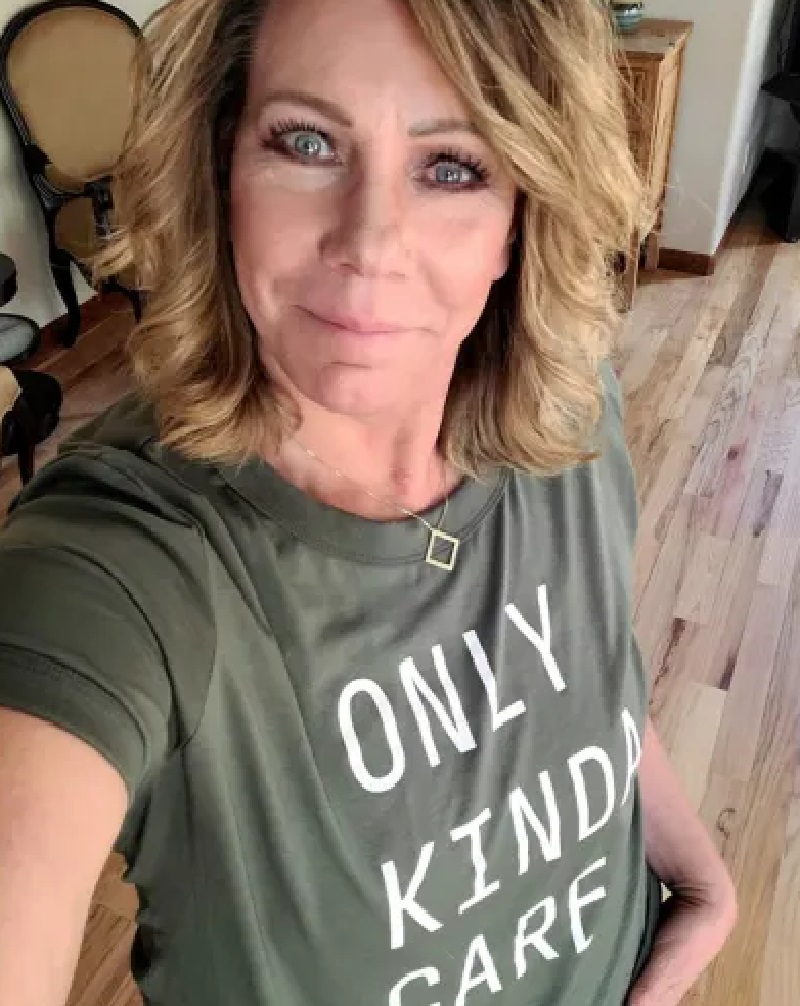 There was a hefty judgment in a lawsuit resulting from a car accident. Christine Brown tried asking fans for money to put toward the cost of her daughter’s surgery. Plus, Kody’s finances are in an unbelievable mess.

Meanwhile, Meri seems happier and more peaceful than she’s been the entire time we saw her on Sister Wives. She is also amazingly successful with her many endeavors.

Even though it is assumed that Meri has left her relationship with Kody Brown, neither of them have confirmed that. They are most likely waiting for the new season to air, which will probably tell us a lot. In the meantime, we are just glad the TLC personality is happy.