Love After Lockup spoilers tease an all new Life After Lockup spinoff, following some of our favorite cast members through the pandemic is set to his WEtv in September.  A new promo for Life After Lockup: Quarantine Edition features a distraught Sarah Simmons crying that she may be pregnant again.  Yikes.

When Sarah Simmons first appeared on Love After Lockup, she and Michael Simmons had one daughter, Aviahna.  When Michael was released from prison again Sarah became pregnant with baby number two, Rayne.  In the final episode of Life After Lockup we saw Sarah in the bathroom with a home pregnancy test after hooking up with Michael during their separation.  Is Sarah Simmons pregnant again?

Sarah Simmons’ last pregnancy timeline was a little wonky on Life After Lockup.  Fans will recall that Sarah told Michael she was pregnant after he was back behind bars, and she wasn’t even showing yet.  Then while Megan Nash was in NY she met up with her at the hotel, and she was very pregnant.  So, it’s very confusing if Sarah was pregnant for a third time how far along she would be. 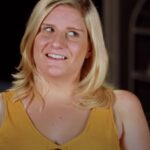 Despite Love After Lockup’s creative filming and attempt to create a storyline, it looks like Sarah spoiled their big cliffhanger.  Simmons has been posting photos of her weight loss journey on Instagram, and is the slimmest she has ever been since debuting on the reality TV show. 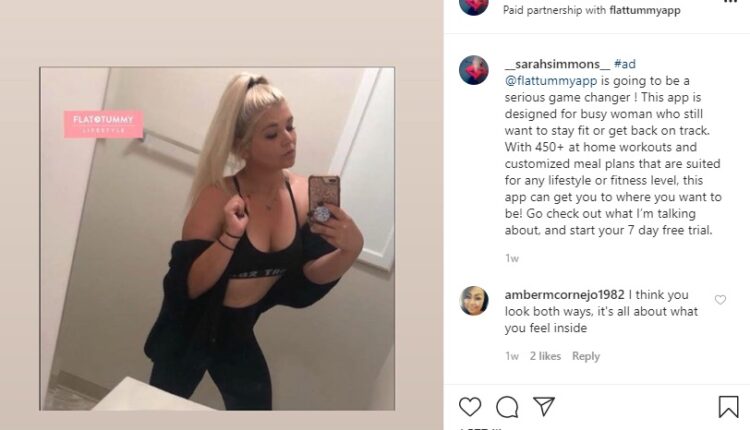 Either Life After Lockup’s Sarah deserves a gold medal in photoshop, or she’s definitely not pregnant.  It’s possible she’s posting old photos to keep up appearances with the weight loss products she’s selling, but unlikely because there haven’t been any leaked photos of her out and about with a baby bump.

Do you think Sarah Simmons is pregnant for a third time?  Let us know what you think in the comments below.  Come back here often for Love After Lockup spoilers, news, and updates.