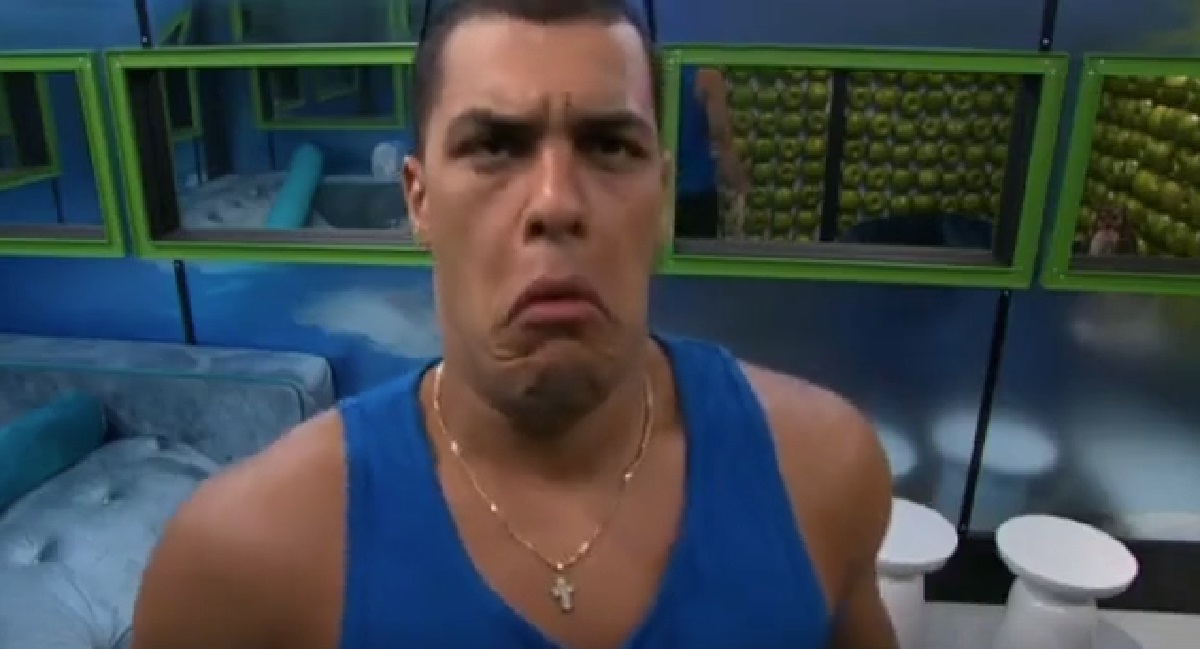 Big Brother Season 22 will kick off on August 5, 2020 on CBS.  BB22 cast leaks have been rolling in for weeks, however the official All-Stars cast will not be revealed until the live premiere.  One name that has been on leaked BB22 cast lists and rumors for over a month now is Josh Martinez, but the former BB winner took to Twitter and revealed he is not playing this summer.

Some of the first Big Brother 22 cast leaks named BB19 winner Josh Martinez, who just finished appearing on MTV’s The Challenge, would be joining the All-Stars cast.  As more and more BB22 rumors came out, Josh’s name was in every one of them. 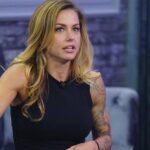 Then, CBS began quarantining the BB22 All-Stars players and doing COVID-19 tests, and word on social media was Josh tested positive and was dropped from the cast.

Despite all of the cast leaks and rumors swirling about who was on and off the Big Brother 22 cast, CBS has not made and confirmations and is saving the the All-Stars cast reveal for the big August 5th premiere. 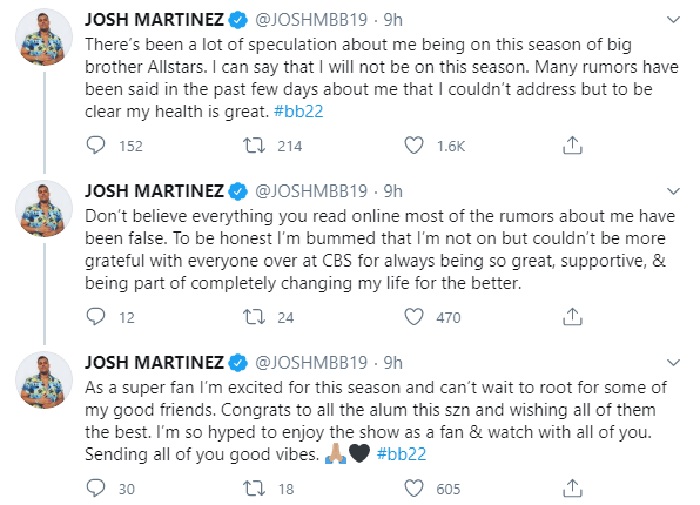 Less than 24 hours before the Big Brother premiere, Josh Martinez took to Twitter to finally clear up the confusion and rumors.  Josh confirmed that he was no longer participating in BB22.  But, he also added that he is very healthy, implying that the rumors about him testing positive for COVID-19 were not true.

So, why did Josh Martinez get the boot from BB22 if he is healthy and didn’t have COVID-19?  It’s no secret that the producers were not happy with all of the cast leaks, and Dick Donato tweeted months ago that Josh got a call form CBS about All-Stars and told literally anyone who would listen.

General consensus among BB fans is that the producers dropped him because he was leaking info on the new season left and right.  Of course, we may never know for sure.