Days of Our Lives (DOOL) comings and goings and spoilers tease the NBC soap is going through mass cast exits. Even longtime actors are leaving the NBC soap opera. It’s making viewers wonder what is really going on or if there will be any cast left in a few months. While we never want our faves to leave, this could pave the way for some fresh faces — as well as multiple SORAS.

Days of Our Lives Spoilers: Budget Cuts, COVID Expenses and Other Trouble

DOOL has been on a shoestring budget for years. This is why they have so few sets, which cost money. This is also part of the reason why so many actors are leaving. As you may recall, the renewal took a really long time and one website overstepped by publishing a headline indicating it was being canceled. Well, the end decision was a renewal, but it is rumored that there are severe cuts to the soap’s already ice-thin budget. 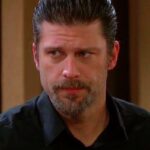 Paying the actors is probably the biggest expense. So, they can either cut half the cast and keep the higher-paid (and more popular, legendary) cast members. Or they could ask for actors to accept pay cuts and risk losing them, but keeping a larger cast with those actors who will accept lower pay. As we can see, actors don’t want to accept less money, just like anyone at any job.

There is also the 20% increase in production costs due to COVID-19. In addition, there is speculation that the cast just isn’t treated as well as they used to be and actors aren’t liking the storylines. All of these factor into the decision for exits.

Days of Our Lives Comings & Goings: Who is Leaving DOOL (So Far)?

It is rumored that Camila Banus (Gabi Hernandez DiMera), Arianne Zucker (Nicole Walker Brady), and Robert Scott Wilson (Ben Weston) could be next.

DOOL spoilers indicate that with so many cast members leaving, will the show just focus on the few remaining characters? Possibly, but it’s more likely that they will SORAS many people. They could also bring back the character’s children to Salem as full-grown adults. Examples include Sami Brady’s (Alison Sweeney) children, the “Chabby” kids, and maybe even Ari Horton since we don’t know if she will live with “Wilson” elsewhere, or stay in Salem with Gabi.

Days of Our Lives: Fresh Faces

There is also the chance that the cast will be fleshed out in the future by adding a lot of new faces. These actors will likely be just getting their careers started and will accept lower pay. However, it remains unclear if fans will be on board with an entirely new cast. It’s almost like the actors are forcing the soap to “clean house” and start all over.

What do you think is going to happen with Days of Our Lives as a large number of cast members are leaving?