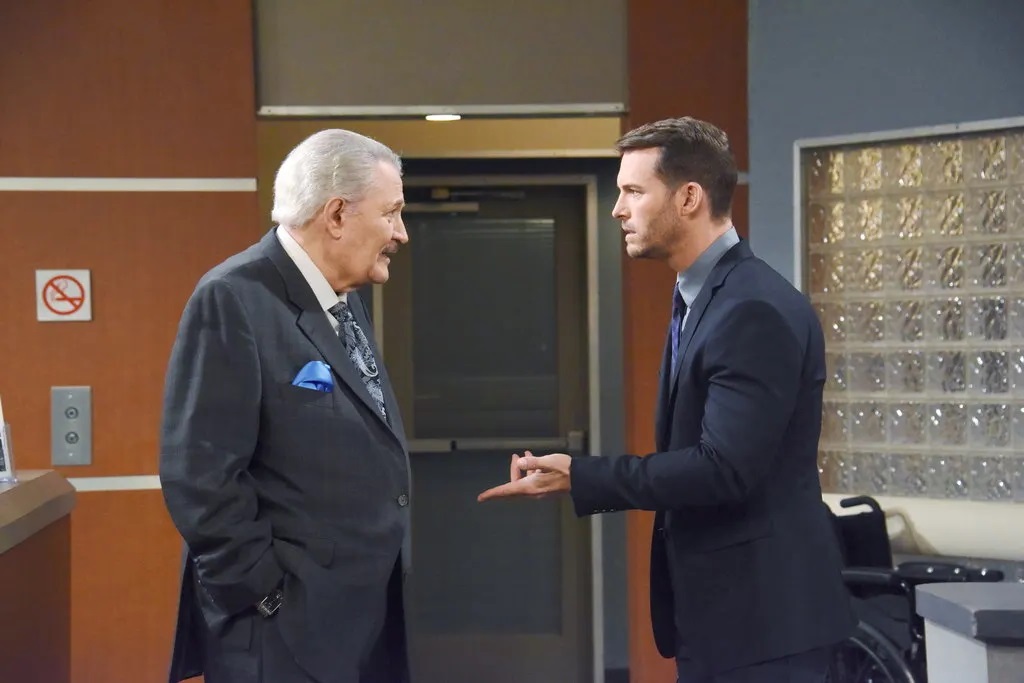 NBC Days of Our Lives (DOOL) spoilers reveal that next week, Brady Black (Eric Martsolf) will set aside his anger. After being confronted by Victor Kiriakis (John Aniston), the two apparently strike a deal. This likely has to do with Xander Cook Kiriakis (Paul Telfer) or Kristen DiMera (Stacy Haiduk). However, Eli Grant (Lamon Archey) comes steamrolling in and threatens to unravel their plan.

DOOL spoilers reveal that for the past few weeks, Brady has been focused on making Victor pay. As Ciara Brady (Victoria Konefal) noted, the two ways to hurt Victor are to get to his family, or his wallet. Considering that the patriarch built Titan from the ground up, that company is his baby. Knowing this, Brady plans on making it crumble to the ground.

However, Brady is confronted by his grandfather about the real reason he took the job. At some point during the week of June 22, Brady will turn his focus from destroying Victor to working with him. 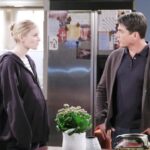 It is suggested that Victor might strike a deal with Brady. The only way he would ever agree to be partners with Victor is if it’s to destroy Xander or possibly to help Kristen. Brady would like nothing more than to see Xander suffer for his role in the baby swap scheme. However, he would also give up the revenge plot if he could get back Kristen and their daughter.

Days of Our Lives spoilers reveal that when Victor and Brady join forces, their plan faces a possible snag. It has to do with Eli, per TV Guide. As fans know, Eli investigated Victor’s stabbing. The fact that Eli gets wrapped up in this suggests that the plan might have to do with Kristen coming back to Salem. The only way Brady can reunite with his little family is if Kristen won’t face prison time.

However, Eli is a crusader for justice. He strongly believes that everyone who commits a crime needs to face the consequences. He won’t be interested in any deal Victor and Brady made with each other. Upholding the law is Eli’s number one priority.

After Haiduk made her grand exit, the actress teased not to count out Kristen just yet. It is clear she will be returning at some point. We just don’t know when. With the teaser that someone spies on Lani Price (Sal Stowers) and surprises the bride on her wedding day, could Kristen already be back in town?

Why do you think Brady agrees to work with Victor? Will they be joining forces to take down Xander or is this all about Kristen? Who is the mysterious person who is spying on Lani and how is Eli involved in all of this? We will have to keep watching to find out.