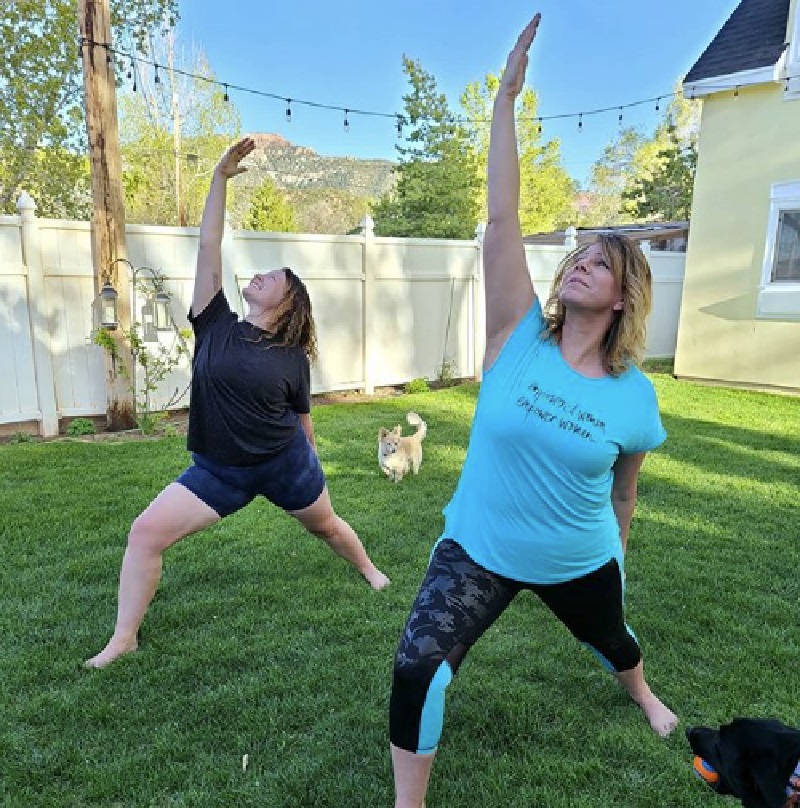 Sister Wives spoilers & 2020 updates show it’s been hard for Meri Brown of Sister Wives. Fans know that all is not well with Meri and husband Kody Brown and she has been as honest as possible about what she is going through at this time.

But in between the more dramatic times, she has taken the opportunity to share a tender moment she recently shared with her daughter Mariah.

Mariah is a yoga teacher and the two are seen doing some relaxing and fun yoga poses together in the great outdoors.

Sister Wives Spoilers 2020: Meri Brown takes time out for yoga with her daughter

While Meri has talked a little about her private life she has drawn the line at confirming or denying what state of health or bliss or decay her marriage might be in. 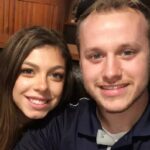 Fans have been speculating like mad that she and Kody Brown have encountered an insurmountable roadblack which prevents them from ever moving forward together.

Meri and her daughter Mariah both shared pictures of them doing an awesome warrior pose they say was taken in spring of this year.

The post is captioned, “Throwback to a spring day when the yoga teacher tries to show her mom some yoga moves. She’s cool, I’m awkward, puppies just want to play. Did I mention I’m not a yoga fan??”

Sister Wives viewers are aware that while the couple have hinted on the TLC reality show that their relationship was over, is it really? At that time the head of the Brown family said that he regretted their relationship; was he being dramatic for the cameras or did he mean to hurt his wife like that?

But, the troubled couple did go to counseling in an effort to fix their broken relationship.

It didn’t help matters that Kody made the assertion that he had been deceived into a relationship with his wife Meri! Adding to the pile of non-compliments, Kody didn’t even bother to congratulate Meri on their anniversary. Truth be told, he’s not the only man to do that, but in light of his other comments, his failing certainly didn’t help!

That left Meri to conclude, the relationship has been, “pretty rocky.”

She added, “People ask me all the time why I don’t leave. The relationship between he and I is gone, it’s dead, it’s over.” Will she change her mind?  Check back with TSV for more Sister Wives updates and news.