Days of Our Lives Spoilers Two Weeks Ahead: Justin Begins Losing It, Kayla Fears The Worst 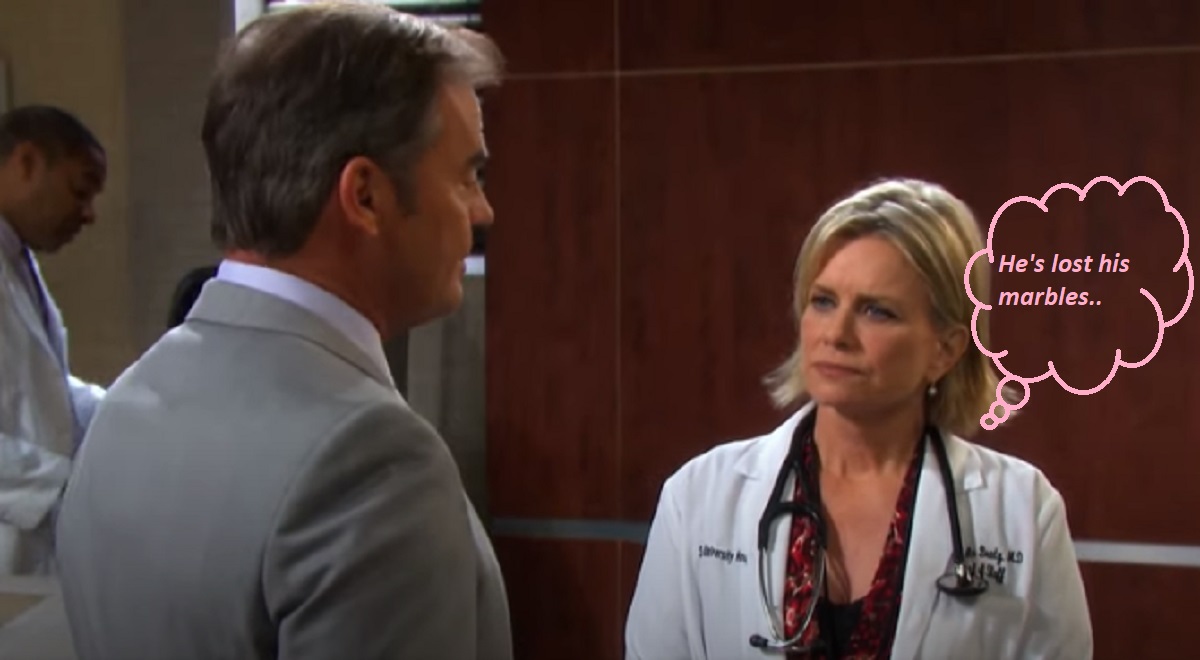 NBC Days of Our Lives spoilers & updates reveal that in two weeks, Kayla Brady (Mary Beth Evans) becomes more concerned about Justin Kiriakis (Wally Kurth). Fans have even noticed his increasingly paranoid and possessive behavior. Kayla always forgives him, but now she is beginning to keep things from him. Could he be on his way to having an emotional breakdown?

DOOL spoilers reveal that Justin and Kayla got together after Adrienne Kiriakis’ (Judi Evans) death. Over time, their friendship transformed into a romantic relationship. They have a “mature” relationship, as Evans put it. However, Steve “Patch” Johnson (Stephen Nichols) is who Kayla has passion with. But they are both too stubborn to kiss and make up. 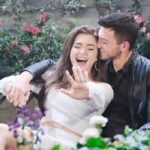 Even when Steve was brain-chipped as Stefano DiMera and there was no romantic threat, Justin was still paranoid on Days of Our Lives. He always has this fear that Kayla is going to return to Steve. She has reassured him over and over again, but his mind still goes there. Now that Steve is back to himself, Justin isn’t starting to really freak out.

Days of Our Lives Two Weeks Spoilers: Interrogations, Spying, Suspicions, and A Gun!

Days of Our Lives spoilers from Soap Opera Digest reveal that Justin starts making little comments when she overhears Kayla. She lashes out at Jake Lambert (Brandon Barash) about the things that Stefan DiMera put their family through. Even though Jake and Stefan are two different people, they look exactly alike.

He gets upset because she refers to Steve as the love of her life. Then, he makes sure to mention it to her.

In addition, a sneak peek photo shows Justin threatens Orpheus (George DelHoyo) with a gun. It is clear that it is about his role in Adrienne’s death.

Days of Our Lives Spoilers & Rumors: Justin Kills Orpheus and Goes to Prison?https://t.co/bg6Gt1a4JN

It is teased that the gun happens during the week of May 25. However, Kayla will be becoming concerned the week after that. This means that there must be something else that is worrying her about Steve.

Could he pointing a gun at Orpheus just be the beginning? Could he use drastic action against Steve in order to keep Kayla? It sounds like that is where this storyline is headed. What do you think Kayla should do? Have you noticed Justin’s increasingly possessive behavior? Do you want Justin to keep his girl, or does Kayla belong with Steve? Let us know your thoughts about this topic.

Be sure to catch up on everything happening with DOOL right now. Come back here often for Days of Our Lives spoilers, news, DOOL comings and goings, and updates.

Days of Our Lives Spoilers & Rumors: Time For Theresa Donovan To Return?