Days of Our Lives Spoilers & Rumors: Justin Kills Orpheus and Goes to Prison? 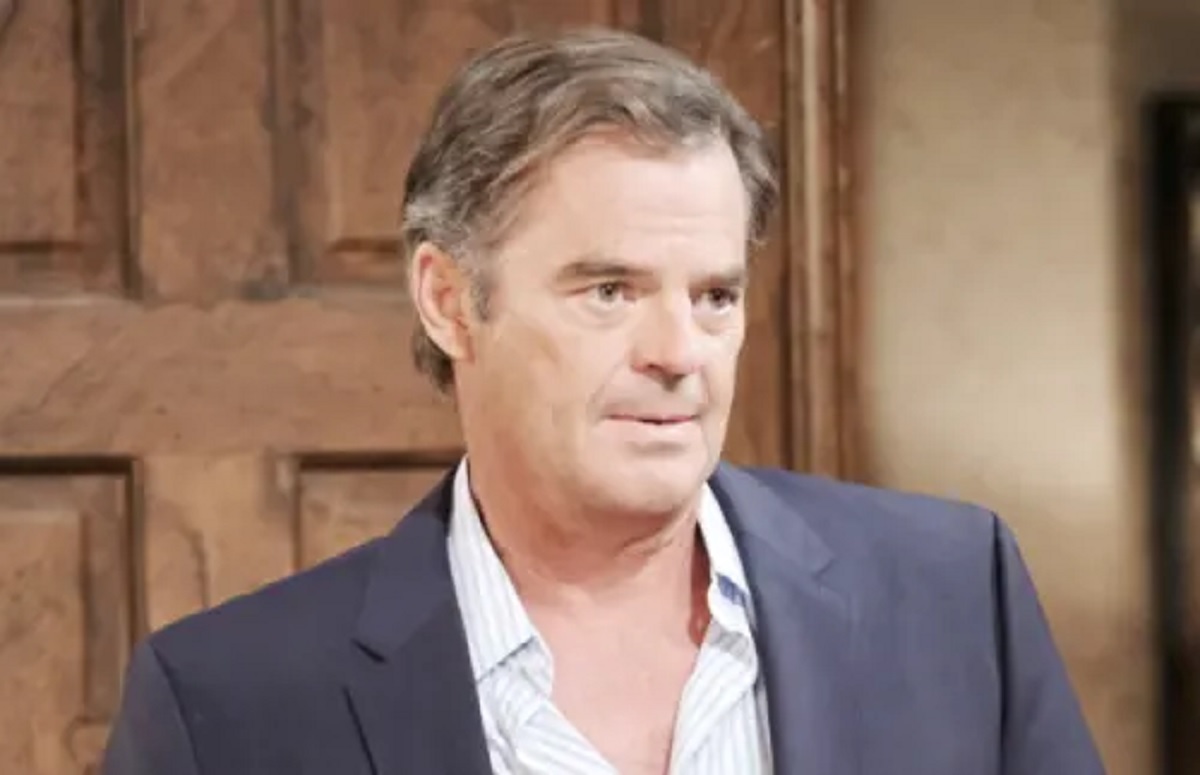 NBC Days of our Lives spoilers & rumors tease that Justin Kiriakis (Wally Kurth) smells blood when he finds Orpheus (George DelHoyo), the man who supposedly killed his wife Adrienne Kiriakis (Judi Evans). He pulls a gun on the helpless guy and what happens next will blow your mind!

Kurth spoke to Soap Opera Digest about the explosive NBC DOOL plot and revealed a few interesting spoilers about what will go down when he confronts his enemy.

First off, Kayla Brady (Mary Beth Evans) is totally against Justin and his brand of vigilante justice on the NBC soap. Justin relents and does not go searching for the bad man, but he does confront him when Orpheus is brought to the Salem PD. 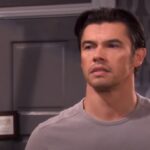 Days of Our Lives Video: Xander Kiriakis Pays The Piper

“He’s never had one-on-one contact with Orpheus,” he previews, “this man who’s allowed this whole circumstance he now finds himself in with Kayla, Steve and Adrienne.”

While Justin is happy with Kayla, he still feels anger over what happened to Adrienne and his temper gets the best of him.

According to NBC Days of Our Lives spoilers, Justin finds himself alone with Orpheus and decides to pull a gun on him! Kurth noted how unlike this is for Justin to act violently and rashly, and says the scene was a lot of fun to do.

“It’s a pretty powerful and scary moment for him,” he says. “He realizes that he’s gotten himself in an emotional place that he wasn’t expecting. He learns a lot about himself.”

Does Justin let his emotions get the best of him?

Days of our Lives Updates – What happens next for Justin Kiriakis in Salem?

Steve and Kayla rush in to salvage the situation and explosive DOOL spoilers show that in the end Justin will only give up the gun when Steve says he’ll kill Orpheus!

Instead, Days of Our Lives spoilers hint Steve knocks the guy out, leaving Justin furious and Kayla happy. Kayla reasons with Justin and gets him to see that violence isn’t the answer and he realizes how much he loves her.

Days of Our Lives Spoilers For Next Week

So much so that he plans to propose to Kayla, and goes to Adrienne’s grave to ask her permission. But Steve might have other plans! Someone special reminds Steve how much he wants Kayla back and he decides to act on his feelings.

Will Kayla be forced to choose between the men in her life? Do you think Kayla should be with Steve or Justin, let us know your thoughts in the comments below.  Don’t forget to check back with TSV for more DOOL updates, news, NBC Days of Our Lives two weeks spoilers, plus comings and goings.

Days of Our Lives Video: Xander Kiriakis Pays The Piper