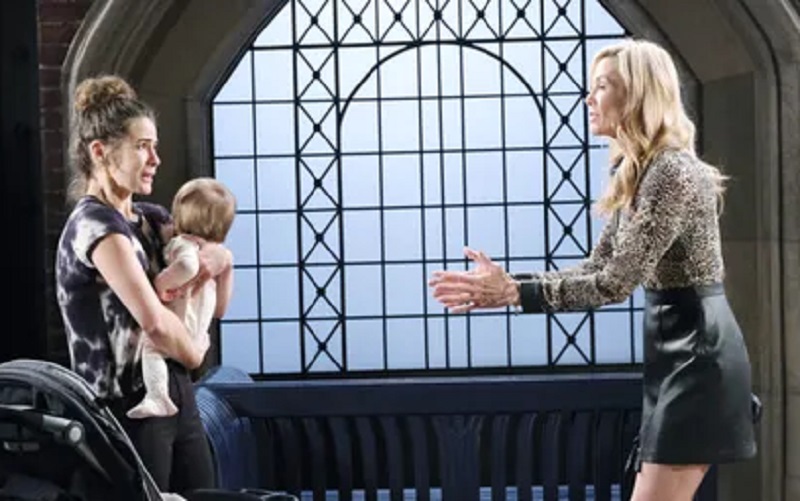 NBC Days of Our Lives spoilers & updates reveal that Kristen DiMera has always been a villain. The role was previously portrayed by soap icon Eileen Davidson, so Stacy Haiduk had some big shoes to fill. The new Kristen wasn’t 100 percent evil, though. We saw she had emotion, passion, heart, and complicated emotions. The actress discussed the character’s evolution and humanization.

Longtime Villain Gets a Days of Our Lives Character Makeover

DOOL spoilers reveal that when Haiduk first took over the role, she was still up to her old tricks. She wore a high-tech Nicole Walker (Arianne Zucker) mask and seduced Brady Black (Eric Martsolf). She ended up pregnant due to Dr. Wilhelm Rolf’s (William Utay) fertility treatments.

At that point, her character showed hints of a slight shift. All Kristen ever wanted was to be a mother. So, when she found out she was carrying Brady’s child, it really kicked off the beginning of a change for the villain. 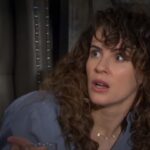 Speaking to Soaps.com, Haiduk explained that no villain is 100 percent evil. There is always one thing that makes them human. Something that triggers their emotions. If one looks at all the villains in TV, movies, books, and even cartoons, their evil actions always stem from pain. There is always one moment in their past that caused them to snap and turn into an evil character.

With Kristen, it was a bit more complicated. There was Stefano DiMera’s (formerly Joseph Mascolo) evil influence on NBC Days. Kristen wanted to please her adoptive father and tried to be like him. There was her also never having someone truly see her heart and love her for it — until recently. Then, she finally got the one thing she always wanted: a child of her own. We also can’t forget about Lani Price (Sal Stowers) being a good influence on Kristen.

Days of Our Lives spoilers reveal that Kristen’s most recent story has fans divided. Some will never see her as anything except a cold-blooded killer. Others felt her pain and began to see all those complicated layers.

TV Shows Like NBC ‘This Is Us’ To Binge Watch During COVID-19https://t.co/XyXXjgmCcC

Haiduk explained that Kristen is passionate and driven on DOOL. She has a fierce determination to go after what she wants. However, she is also a deeply damaged human being.

We know what propelled Kristen to try and be a decent human being. But how was the change possible? She has always been an evil Days of Our Lives character, which is what makes her complete 180 difficult for some to believe. Haiduk analyzed Kristen and believes it stems from being deeply hurt when she was young.

“She’s definitely a very complex character, but I love her dark side as well as her tender, loving side… we are hurt when we’re young and that is why I always feel like a villain… isn’t always bad. Something triggered them from the past to put them in this position.”