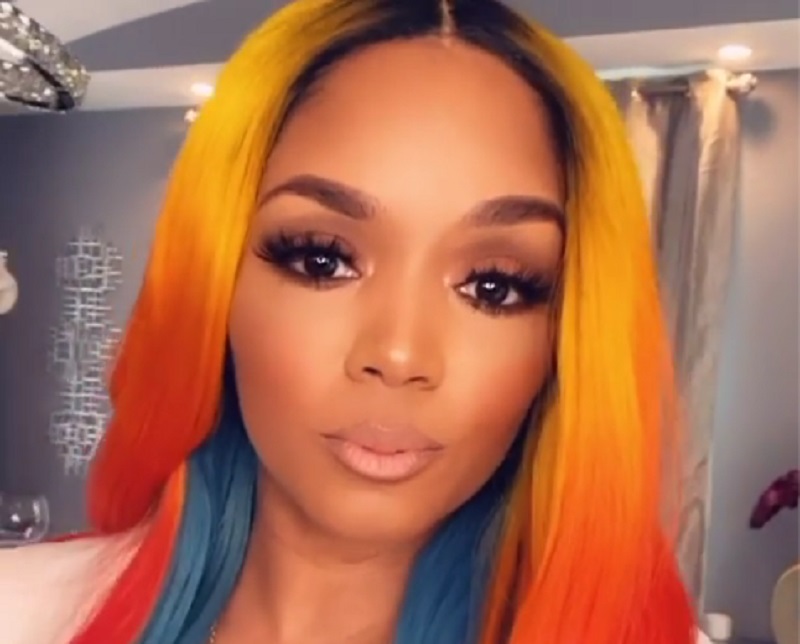 Love and Hip Hop Atlanta cast member Rasheeda Frost took to Instagram to show off her new colorful hair style, completely unfazed by the wild rumors about her and Kirk Frost. The blue, orange, red, green, rainbow style was the talk of the gram.

Love and Hip Hop Atlanta 2020 has featured long time cast member Rasheeda Frost and her husband Kirk, along with their kids. But, all of the real drama has been unfolding on social media this season, where rumors heated up that Rasheeda was Kirk’s “teen bride” and the power couple had a very unsavory beginning. 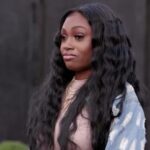 Love and Hip Hop Atlanta fans’ tongues were wagging over accusations that Kirk began grooming Rasheeda when she was just a young teen, and was originally a father figure in her life. The theory actually started when Rasheeda and Kirk celebrated their 20th wedding anniversary on LHHATL. Fans were puzzled seeing as how Rasheeda’s age on the internet has her listed at only 37 years old on some websites, which would mean she was married at only 17 years old.

The rumors spiraled quickly, social media dubbed Kirk Frost the new R. Kelly, and an insider even claimed that Kirk adopted Rasheeda when she was only 15 years old. Kirk Frost and Rasheeda quickly tried to shut down the rumors with a video, but the damage was already done, despite the fact Kirk and Rasheeda claim it was all a misunderstanding and the internet had their ages listed wrong.

Regardless, Rasheeda could care less. While Love and Hip Hop Atlanta fans are still huffing and puffing over teen bride rumors and feverishly trying to calculate Rasheeda’s real age, she’s getting her hair done and it looks amazing!