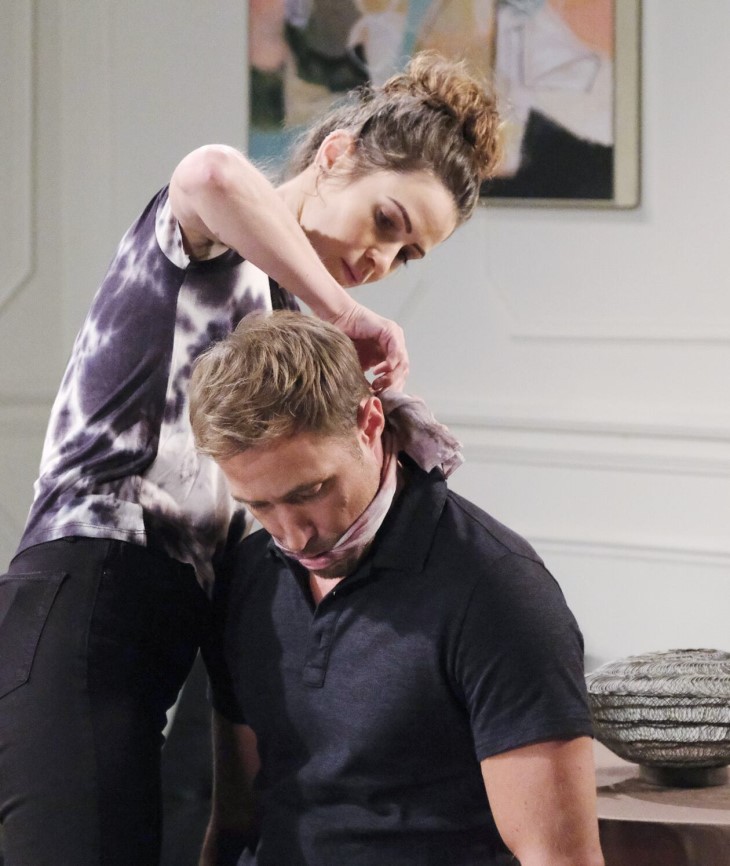 Days of Our Lives spoilers tease that Sarah Horton (Linsey Godfrey) will plead with Rex Brady (Kyle Lowder) to keep her secret that she and baby Rachel Black (Josephine and Rosalind May) are in Paris, but it won’t do any good, and Sarah will take extreme measures to keep Rex “secret” in an upcoming episode of Days of Our Lives! 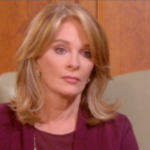 Days of Our Lives viewers will recall that near the end of Friday’s episode, Rex got a call from his mother, Kate Roberts (Lauren Koslow) who told him everything that was going on with Sarah, and everything going on at home including all about the baby swap and that Sarah had taken off with Brady Black (Eric Martsolf) and Kristen DiMera’s (Stacy Haiduk) child, and that hers had died a few hours after she was born.

Sarah had come back with the baby to the outdoor café where Rex was still sitting at the same table where they had talked previously, to retrieve a baby blanket which Rex found under the table but wouldn’t give back until he got done telling her he knew everything; he then proceeded to pick up his cell phone and told Sarah he was calling the police.

Sarah will not give the baby back, especially after she finds out that Brady is in jail for stabbing Victor Kiriakis (John Aniston) and Kristen would be the only parent! Rex thinks he’s swayed Sarah over to his side and said if she’d cooperate that he won’t call the police, and she says okay but still is worried so she has an extreme plan in her head to make sure he keeps her secret – and invites him over to her apartment to help her pack hers and the baby’s things!

He of course still plans to call the police once they get there because he knows that there are ISA agents looking for Sarah overseas! Even if he leaves the phone on they can trace where the call came from – she’s just lucky that he didn’t decide to tell Kate! It would have been all over Salem!

They get to Sarah’s apartment, and he manages to make a call to Kristen to give her a heads up as to where her baby is, but before he gets a chance to give a city or address, Sarah freaks and comes up from behind him and knocks him out! Next thing he knows, he’s strapped to a chair and gagged!

He manages to get Sarah to ungag him for a minute so he can tell her that he has to be at work, but she knows it’s just an excuse because he had told her he was in Paris for an interview for a job, and not that he had taken it!

She can’t take the chance of him blowing her plan to keep her baby, and she acts like she is in such strong denial that she doesn’t believe the baby isn’t her Mickey! She refuses to call her Rachel, and keeps ranting that her name is Mickey and it will stay Mickey, her nickname, or her given name of Mackenzie because that’s what she knows as her name!

She goes into stronger and stronger denial, and Rex realizes that poor Sarah is on a slippery slope with her sanity; when he keeps trying to talk reason into her, she just gets more and more off-kilter and she is like she cannot hear it – and won’t hear it – and finally has enough and puts the gag back on her!

Her plan is to find herself and Mickey another place to live, and another location, and when she has, she will get an untraceable phone, or a burner phone as they are commonly called, and anonymously send someone to the apartment to free Rex! The question is – did he leave his phone on while still at the outdoor café while the police were listening on the other end?