Prince William has many royal cousins, some more in his age range like Beatrice and Eugenie aka the York sisters. It would seem that being near in age they would have had a close relationship, but now one royal watcher is speaking out to set the record straight.

Is it possible that there is tension instead of closeness between William and his cousins? And if so, what could be the reason why? 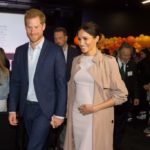 The tension seems to go at least as far back as 2016, when journalist Catherine Ostler wrote about the fraught relationship in the Daily Mail. Yet, she contends that friction between the York sisters and William started as early as 1997, after William lost his mother, Princess Diana, to a sudden and tragic death.

According to Ostler, “It is hard to imagine that at one time, William and Harry and Beatrice and Eugenie felt almost like equals.”

That has been diminished in recent years however, it is alleged. Why is this the case?

Some conjecture that once William’s primary focus became his nuclear family, the limelight also focused on William.

Adding to William’s high visibility, his father, Prince Charles, has indicated that he wants to put the monarchy on a diet, so to speak, eliminating the bulgy fringes.

This means of course that some royals will see diminished roles, in effect trimmed away in an effort to slim down The Firm.

Charles’ intentions were made crystal clear when, in 2011, the York sisters were among the first royals to lose privileges. Specifically, their paid-for security detail fell victim to cost-cutting measures.

Taxpayers say it is time for Prince Harry and Meghan Markle to pay back cost of fixing up Frogmore Cottage https://t.co/Lk7GHzNAHk

Has this sort of treatment had an impact on William’s relationship with his cousins?

Ostler seems to think so. According to her, “Diana would take the boys swimming at Fergie’s house every Sunday. In 1996, they all went on holiday together to the South of France. They were so close … It’s tragic really.”

Diana and Sarah Ferguson were acquainted before they married into the Royal Family and Sarah wrote in a 1996 autobiography that Diana, “was two years younger than I, and I strove to support and protect her as I would a younger sister — as I still do today, as a best friend.”

The writer believes that the closeness ended when, “Diana, the link between the two sets of children, died.”