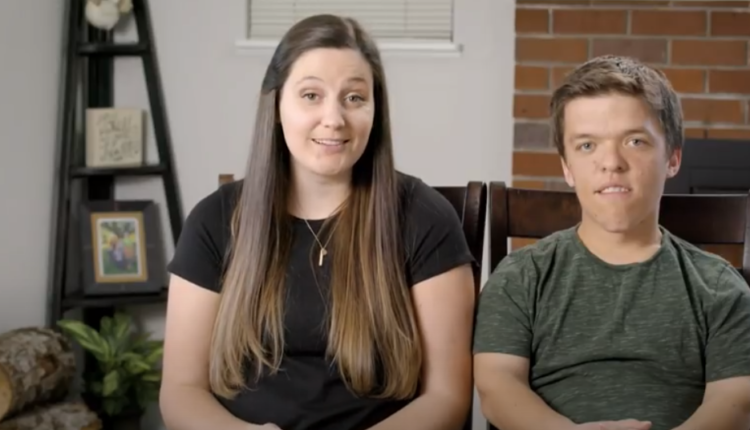 Amy Roloff recently got engaged with her boyfriend of three years, Chris Marek. When she broke the news to her son, Zach Roloff, he didn’t look pleased. That’s why, viewers said he was rude. Zach’s wife, Tori Roloff, claps back at fans for accusing her husband over his reactions.

Tori Answers Back to Fan’s Accusation

After a recent episode of “Little People, Big World,” one fan commented on a photo of Tori over at Instagram about Zach and her being “rude and selfish” because of their reactions to Amy’s engagement news.

The commenter said, “I saw last night’s episode and saw how you are your husband reacted to Amy’s engagement. And I have to say, you both are very rude. That woman deserves the world and for your husband to be so selfish to not accept the fact that she made that decision [at] least you, as a mother, could have been somewhat happy for her. You both were sitting there and didn’t even say ‘congratulations.’”

Tori answered, “You clearly didn’t watch the whole episode.” She added, “[We] were stoked for @amyjroloff and love her so much.”

When Amy told Zach that she and Chris are now engaged, Zach reacted “What?” He turned his face the other way and cover it with his hands in disbelief.

Later on, Zach explained that he was caught off-guard by the news because he had previously talked about it with his parents. Zach said that if his parents’ current relationships would go beyond that, he wants to know it beforehand and not in front of the camera.

“I told my mom and dad, ‘Hey, [there is one thing] I don’t want to talk about on camera, my one out of bounds is your guys’ relationship and if that relationship goes anywhere else beyond where it is now,” Zach said in the confessional.

He said that he didn’t want to be surprised, but then that’s exactly what Amy did. “She went on camera and surprised me with that news.”

Nonetheless, Zach said he is happy for his mother now that she has a partner who will be with her probably the rest of her life. He also added that Chris is a great guy.

Amy and Chris started dating in December 2016. They plan to have their wedding in September 2021.