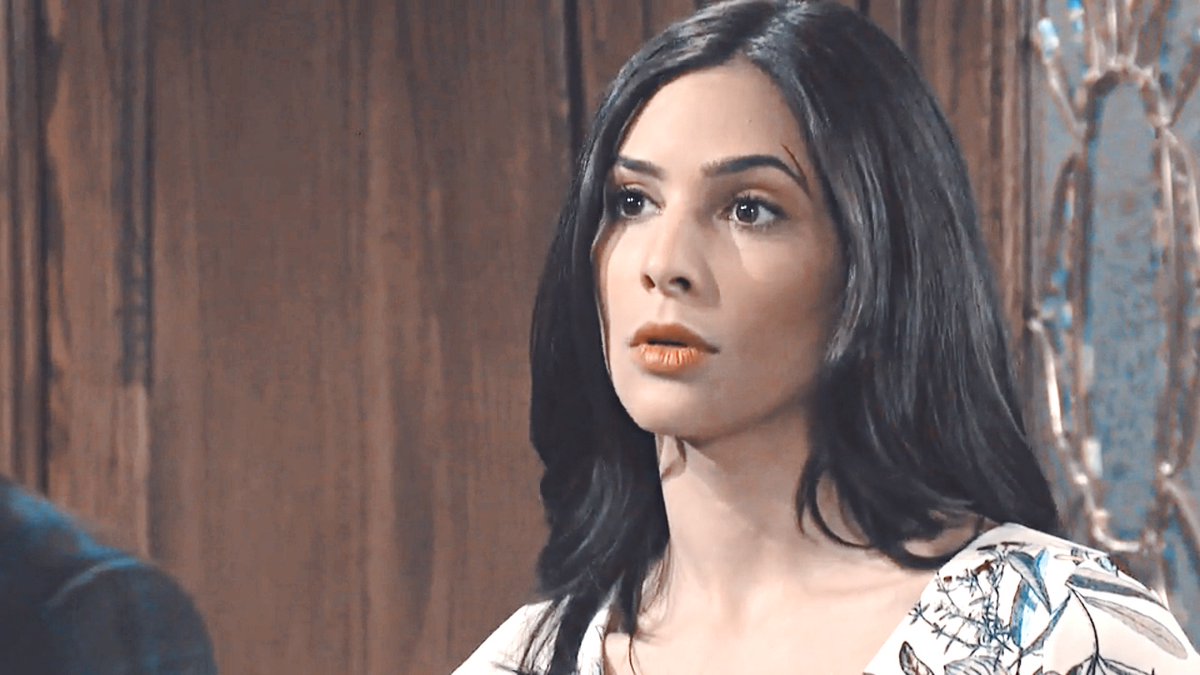 Update: Days of Our Lives comings and goings reveal that Camila Banus is leaving the NBC soap.  The DOOL actress took to social media on Friday May 8 and announced that she was exiting.  Camila Banus has played the part of Gabi Hernandez on NBC Days for several years and is a fan fave.  So far, details on the shocking exit are slim, it is unclear how Gabi will leave or when.  Check back for more Days of Our Lives casting news and Camila Banus updates as they become available.

DOOL spoilers reveal that Gabi will insist that Jake isn’t who he claims to be. The mechanic is the spitting image of Stefan. When Gabi sees him, she will think that he is her dead husband. She will become so convinced of it that she tries to persuade Jake of his “real” identity. 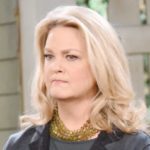 Even though Gabi is positive that Jake is really Stefan, the mechanic will deny it. He feels bad for the widow and she’s clearly in pain, but he can’t admit to being someone he isn’t. He doesn’t even know who this Stefan person is. Just like he told Ben Weston (Robert Scott Wilson), everyone has a double out there and that must be what explains the uncanny resemblance.

Days of Our Lives spoilers from TV Guide state that Gabi will kiss Jake. However, romance has nothing to do with Gabi’s bold move. In her mind, she’s hoping that it will trigger Jake to remember that he is Stefan.

However, soap mysteries are never solved this quickly and the Latina will end up disappointed.

Days Of Our Lives #DOOL Spoilers: Jake Lambert A Clone From Stefan’s Body By Rolf, Or Stefano In A Totally Bionic Bodyhttps://t.co/ds3FZSKJYN

While Jake probably won’t mind being kissed by a beautiful woman, he will have to give her the bad news. Even after the smooch, he still denies being Stefan. Of course, Gabi won’t be convinced of that and will continue trying to find a way to prove her theory. But how far will she go to convince everyone — including Jake — that he is really Stefan?

Barash did tell Soap Opera Digest that Gabi will be convinced that he is somehow Stefan, even though the man is dead. The actor also teased that the widow is “very persistent.” Will she end up convincing Jake in the end?

Do you think that Gabi will be able to prove that Jake is really Stefan? Or is the truth much more simple and logical? What is the real deal with this mysterious mechanic? We know he has a secret, but it might not have anything to do with Stefan. To find out how this storyline develops, we will have to keep watching the NBC soap opera.

Are you shocked to hear that Gabi Hernandez is leaving?  sure to catch up on everything happening with DOOL right now. Come back here often for Days of Our Lives spoilers, news, and updates.