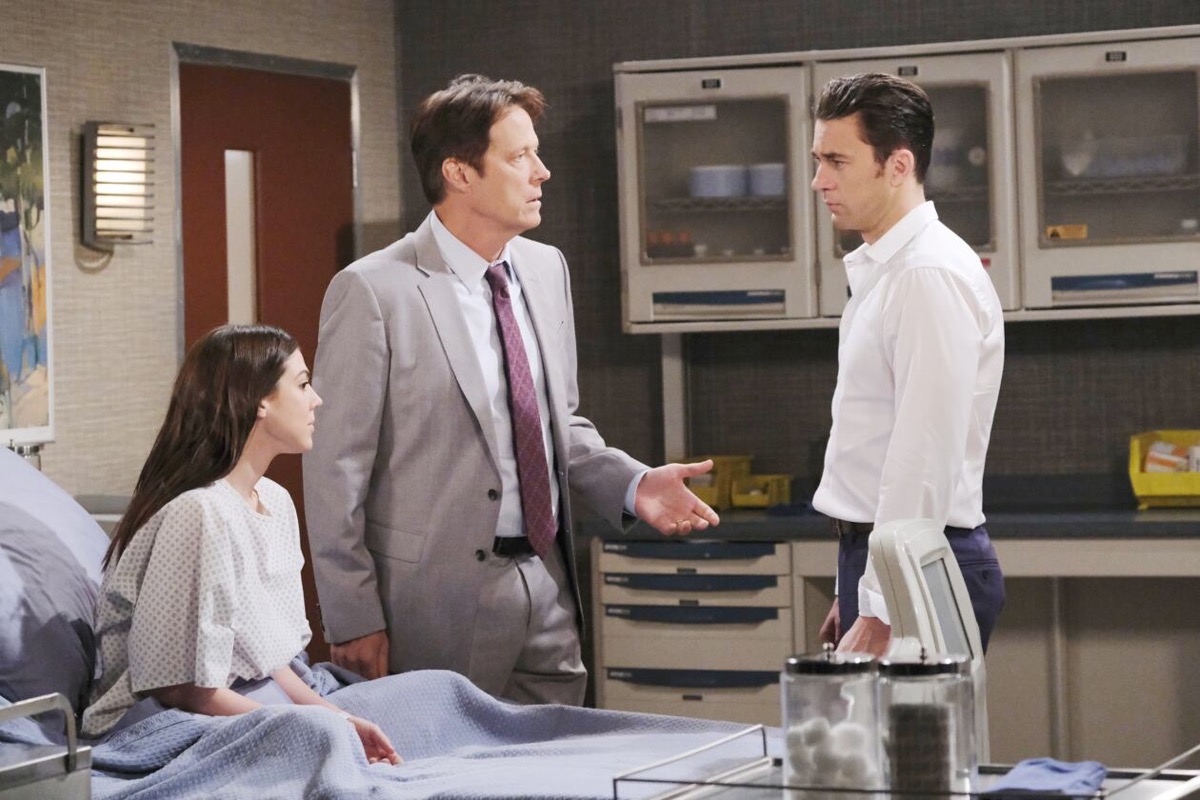 Days of Our Lives spoilers tease that Abigail and Chad DiMera (Kate Mansi, Billy Flynn) will learn the reason for Abigail’s hallucinations when they find brainwashing drugs someone dropped in an upcoming episode of Days of Our Lives

DOOL Spoilers: Abigail DiMera Has Been Having Hallucinations Since The Day After Li Shin Made A Decision About Gabi DiMera

As Days of Our Lives viewers will recall, Abby began having hallucinations since the day after Li Shin (Remington Hoffman) and Chad made the decision to not only not rehire Gabi Hernandez DiMera (Camila Banus) as CEO of DiMera Enterprises, which went to Chad, but took her company, Gabi Chic out from under her as well! Gabi became unhinged and started taunting Abby about her past problems with dissociative disorder and swore revenge! 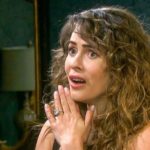 Days of Our Lives Comings and Goings: Rex Brady Runs Into A Distraught Sarah Horton In Paris

Abby was talking to Chad in the living room and suddenly saw him turn into Ben Weston, (Robert Scott Wilson) coming after her with a necktie getting ready to strangle her! Then she thought she saw the ghost of Stefan DiMera (Brandon Barash) although she didn’t realize, and neither did Chad, that a new automotive garage owner named Jake Lambert (Brandon Barash) had recently relocated to Salem and is the spitting image of the late Stefan! Abby may have seen Jake in that instance and had not been hallucinating although she was afraid she had.

Days of Our Lives Spoilers: A Pill Bottle Is Found

But then, as they are moving about the mansion, possibly looking for a toy for one of their little ones, Chad and Abby spot a pill bottle with some pills in it – but the prescription label on it has been obliterated! Chad gets on his computer and sees that the pills appear to be a hallucinogenic drug!

While many prescription drugs, especially those for depression and mental issues can have hallucinogenic side effects, this one looks like the photo of a street drug he has found in a photo in the Salem Spectator in a story about a drug bust, so he decides to take a photo of it and attach it to an email to JJ Deveraux (Casey Moss) rather than taking it somewhere like the police department because he doesn’t want to be suspected in having illegal drugs!

The pills are in a capsule form and some are empty, and JJ emails him right back and tells him to have the drugs analyzed at the Salem PD anyway, and has a contact name for him to take the pill bottle to. Chad already had enough sense to pick up the bottle with a tissue so his fingerprints wouldn’t land on it. He puts it in a baggie as JJ instructed in the email and takes it over.

Days Of Our Lives #DOOL Spoilers: Jake Lambert A Clone From Stefan’s Body By Rolf, Or Stefano In A Totally Bionic Bodyhttps://t.co/ds3FZSKJYN

JJ’s contact verifies the pills are indeed hallucinogenic street drugs that could cause Abigail’s problems. There will need to be a forensic team sent to the DiMera mansion because now it is a crime scene. The CSIs go in and do their thing, and grab the last teacup that Abby had drank out of, it not having been washed yet awaiting a full load to run the dishwasher.

After a few hours, Chad and Abby get a call; and someone, indeed, did put a capsule or more of the drug in the tea that Abby had drank from the cup. No prints are found except Abby’s though, so that means whoever did it knew what they were doing so they wouldn’t get caught; however, the pill bottle with pills and empty capsules probably fell out of a pocket or purse with the perpetrator unawares, so that might yield some prints. Once those prints are matched, there will be a suspect interviewed and brought in; however, Chad and Abby have a pretty good idea themselves!